Light weights can actually produce more resistance to your muscles than heavy weights, here's how. Heavy lifting works but it's mostly good for the ego.

here are people who swear by lifting heavy (i.e. powerlifters and strongmen) and also many who do not lift heavy but still produce results (bodybuilders and athletes among many).

First, you would need to define what is your actual goal in training. Is it to get stronger or to achieve high numbers in different lifts? How much you can lift is not necessarily synonymous with strength.

The goal of an athlete, dancer or a martial artist is not to impress others with how much they can lift or how many pull ups they can do. Their primary goal is to get stronger so that they can better excel in their chosen craft.

Lifting heavy is a sport itself. Strength is involved but lifting heavy is a lot about skill where you learn the best body mechanics to produce a certain result. It can be impressive nevertheless, but it's not pure strength training.

When you take the powerlifter away from the narrow field and make the person do something else where there are more variables and dimensions involved, they will often fail.

On the other hand, a well-rounded athlete or a martial artist is adaptable to any environment and has the ability to perform at a relatively high level by default.

The most well-rounded athletes and artists have developed all of these core elements of human movement to a high level.

This is why they have the ability to prosper in any physical activity without specifically training for that activity. Once they actually practice for the activity (learn the skill involved), they get extraordinary at it very quickly.

This is why we don't lift heavy anymore and why there is no heavy lifting in Athlete 20XX. Our aim is not to develop the skill of lifting heavy but to develop the core elements of human movement.

While typical gym workouts develop only strength and size at a good level, Athlete 20XX does that but also covers stability, balance, mobility, speed and power.

There is only one catch when it comes to using light weights: it's more advanced and requires more focus in the form. There needs to be more awareness and mindfulness.

Using heavy weights works (especially in the beginning when almost anything works), but that style of training is not a precise way of strengthening the body which is why heavy lifters always hit a plateau after plateau.

To break through plateaus, these people (we used to be like this!) try to increase the weight, repetitions and frequency without realizing maybe the form is the problem. Sometimes this works but in most cases trying to force it just hurts the body.

We no longer believe in plateaus. When your exercise form and training is done correctly, you should be making progress in every workout session.

We haven't had a plateau in years and not planning to have one because our training methodology is a precise way of strengthening the body. It's science: you do X and you should get the result Y.

In the past, we would lift heavy and hope for the best. Now we do the exercise right and obtain the benefits without wishing for the results.

But as said before, using light weights and doing high level training takes more than lifting heavy. Heavy lifting is the lowest form of training because it doesn't require any understanding of your body or awareness of what you are doing.

One of the reasons why using lighter weights is also difficult is because people are obsessed with appearing strong to themselves and others. This is all ego - you sacrifice the effectiveness of the workouts for the sake of showing off to others.

Social media is also confusing a lot of people. In social media you get views by showing off - this creates an illusion that the strong guy always lifts heavy and does crazy stunts to make progress.

In reality, the most advanced powerlifters, bodybuilders and artists don't lift heavy to make progress.

Even the best powerlifters only max out during the competition day. Real progress is made with technique and lighter weights - the stunts are an exception, not the rule.

Another reason is simply the lack of knowledge. In the beginning we had no idea what to do and it took years to figure this out because it's not obvious that LESS (weight) could produce MORE (results).

Form is everything and quality will always trump quantity. Doing more of garbage doesn't suddenly turn the garbage into gold - the training and the effects remain garbage.

What is the most important thing in training? It's not the quantity but how you do the exercise (form) which means only gold training will produce gold results.

Below you can find 3 demonstrations why light weights actually produce MORE resistance than heavy weights. 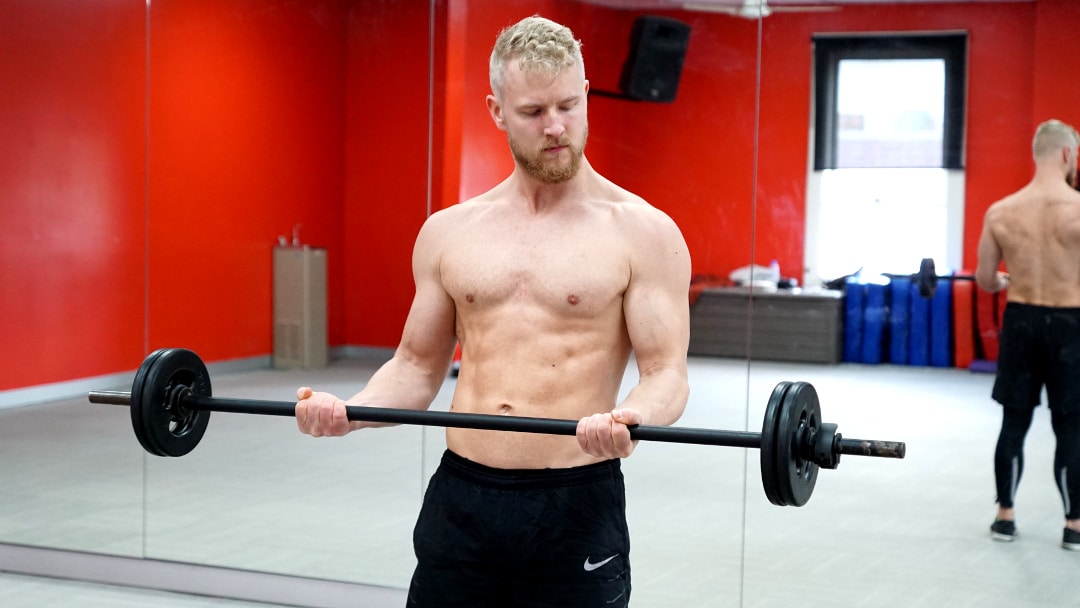 When you perform an exercise such as the bicep curl - which muscles do you want to target? - Obviously the biceps.

Yet, most people when they do bicep curls don't emphasize the biceps as well as they could and instead use every other muscle of the body to do the heavy lifting.

Their biceps may work maybe only at 50% of full capacity. The rest of the force is created by the hips, shoulder joint and manipulating body mechanics. Even wrists can decrease bicep activity if the wrist joint is not properly stabilized.

One of the reasons why the wrong muscles are generating force is because the weight is too much for the biceps alone to handle. To cope with the weight, the person has to use other muscles to lift the weight up.

The solution is simple: learn how to stabilize the hips, core, shoulder joint and wrists so you will 100% emphasize the bicep muscles when you perform the curl.

The other muscles are still getting trained (stabilization is serious strength work), but they are not interfering with the force production.

This same principle applies to every single other exercise out there.

For example, when you do overhead press or handstand push ups, your focus should be on the shoulders, triceps and upper back - NOT on learning how to flex and extend the spine by leaning backwards.

This is why in Athlete 20XX (PHASE 1) body stabilization is first created with external support: walls, benches and the floor. Once that is mastered, you start to practice self-generated stabilization without any support in PHASE 2. 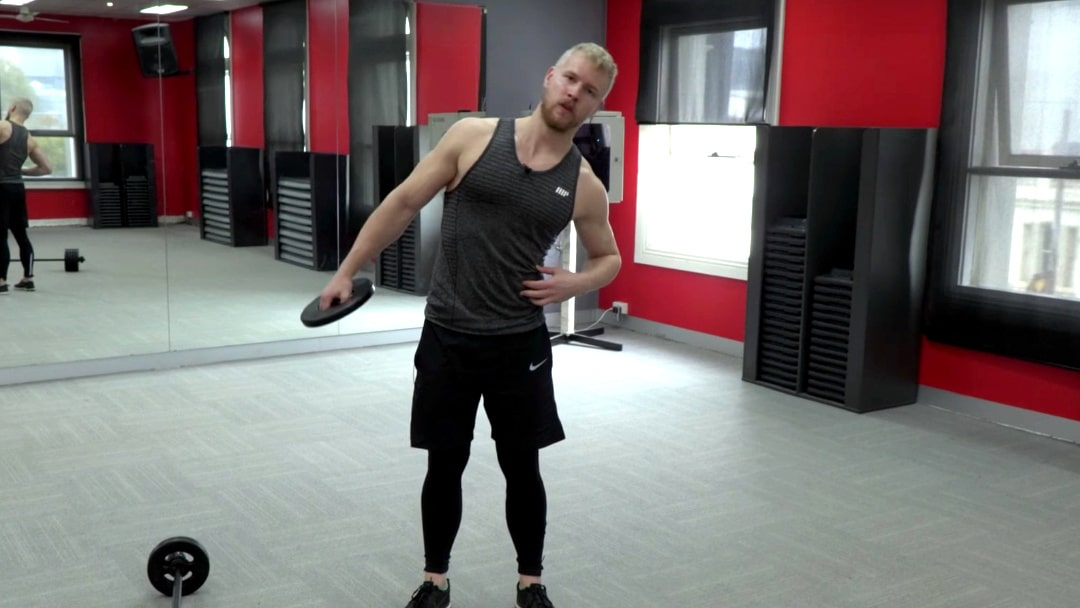 Leverage is obvious when you are dealing with exercises where your body is the lever and you are controlling the lever with your arms. However, the same concept can be applied to free weights and leg training as well.

When you use leverage, you don't need to use heavy weights to produce force because the light weight combined with leverage will produce the same amount of force or more.

For example, one of the oblique exercises of Athlete 20XX is the side bend. It's a common exercise but almost everyone uses weights too heavy without utilizing the leverage or stabilization of the shoulder.

When they bend to the side, the weight leans to the hips and most of the resistance is lost. As a result, there is not much resistance applied to the targeted area (opposite side's obliques).

When you pick a lighter weight, raise it above the hip and keep it there by stabilizing the shoulder and then do the side bend, you will not only keep constant tension in the obliques but you will also generate more resistance. See the video for the exact demonstration.

This may sound more complicated than it is. This is very simple in practice and will make your obliques burn better than ever before.

In Athlete 20XX we have in depth tutorial videos for each exercise and common mistakes to avoid to make sure you get the form right and reap the benefits of the exercise. 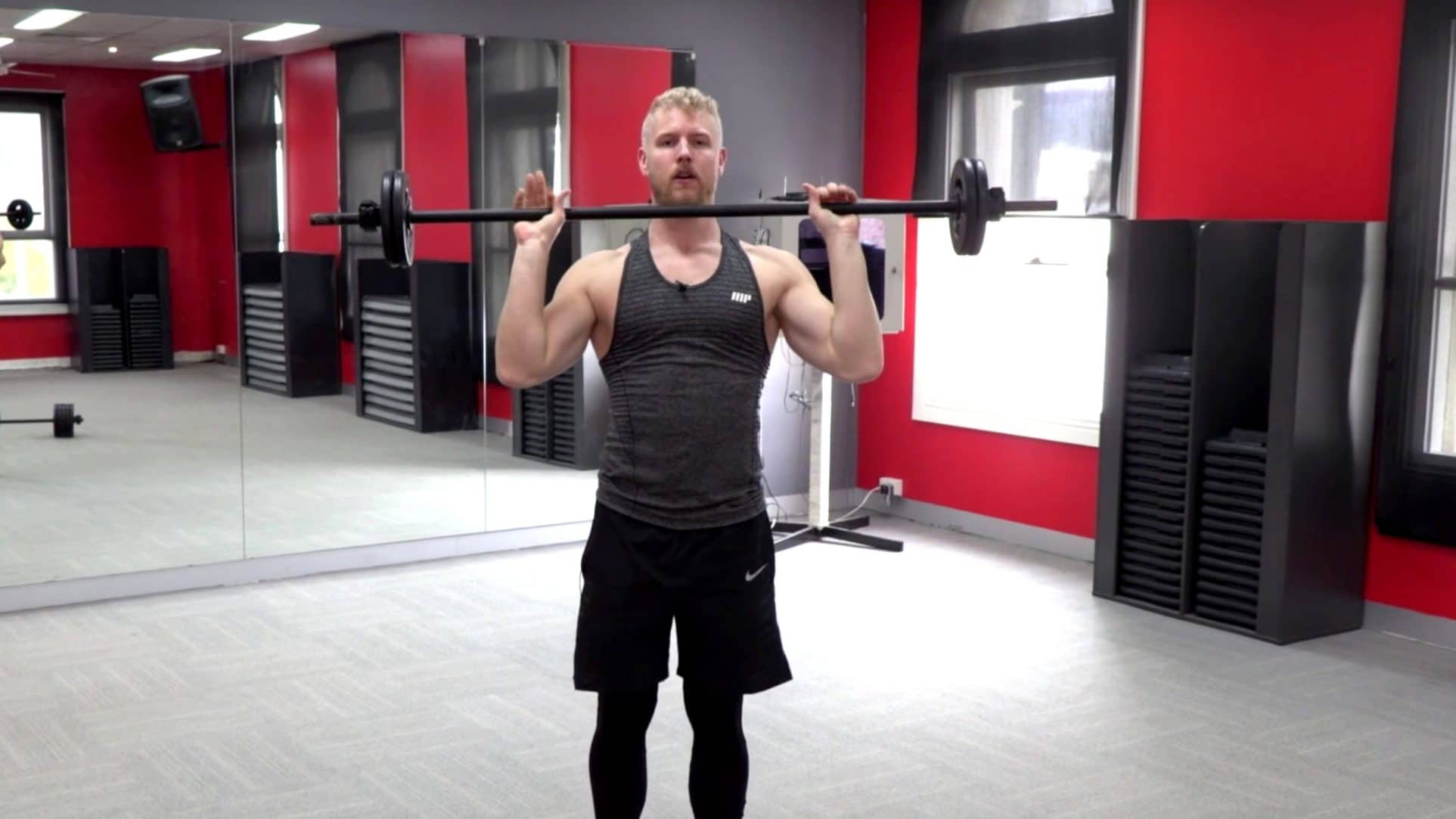 In order to develop the muscles of the targeted area to their full potential, you have to train the muscles in their entire muscle lengths. This is achieved by control and keeping constant tension in the muscles.

It's typical to explosively lift the weight up with most exercises. With pressing exercises it's common to snap the arms at the end.

Explosive training is good for power production but it's not as effective as it could be and not safe to do unless the necessary attributes of mobility and stability have been developed first.

The many problems of using momentum and having no control:

To combat this problem, you have to learn how to control the weight that you are using. This applies to bodyweight training as well (control your body).

The weight cannot just travel with the momentum - you should be in control and be able to keep constant tension in the targeted muscles.

It's not necessarily about speed, but slower tempo will make this easier to manage.

This is why it's good to learn how to separate explosive training (power and speed) and regular training (strength, mobility and stability). Most people lift somewhere in the middle and as a result get mediocre results.

A muscle that is developed properly is not only more capable but it also has the athletic 3D dense structure.

I hope this helped to understand why training is more than just lifting heavy and trying to reach the highest amount of weight. This is by no means obvious and took a long time for us to understand as well.

With Athlete 20XX we made sure the videos are demonstrative and easy to understand. There is also a muscle diagram below every exercise to understand which muscles you are supposed to target.

To get the best results it's not enough to mindlessly just go through the workouts - you should have at least a basic understanding of how the exercise works and which part it is supposed to target.

Once you see the quick tour, you will see Athlete20XX.com is far from a typical workout program. It's a whole new method of training designed to take an ordinary person #fromzerotohero.

Did you like what you read? Join our newsletter and get notified of new updates conveniently to your inbox.

Join our FREE Mobility Class & Get a Workout Routine!

Join our in depth online video class on how to build mobility, eliminate pain and build high-level performance - next class is starting today!

Join the Next Class

We are hosting a FREE Mobility Class!

In depth online video class on how to build mobility, eliminate pain and build high-level performance - next class is starting today!

Learn more about the class
x