The first time we met Jiang Yu Shan (江玉山, Hisham Al-Haroun) was something special and like straight out of a movie. It all happened in 2018 and at the time this man was very hard to find.

Back then, Jiang Yu Shan was a local celebrity in Taiwan but his presence in the Western media was nearly nonexistent. He had a small private Instagram page and his Facebook page was in full Chinese.

We sent a reply to him and eventually got a response. We wanted private lessons in Kung Fu and Qigong because in Asia this man was already a legend and known for his serious skill in the field.

Finally, we arrived in Tainan, a smaller city located in the South of Taiwan. We agreed to meet at a late hour. Once we stepped inside his home dojo... words cannot explain the feeling you get.

You smell the Buddhist incense and Chinese medicine in the air. A mixture that is very hard to replicate and something most people have never felt. Indian hanuman chants and traditional Chinese music in the background that create strong vibrations in the body.

We look at the dojo and it's full of Chinese artifacts, training tools and walls full of diplomas. The master asks us to sit down on the floor on chairs that do not have legs. Japanese style. 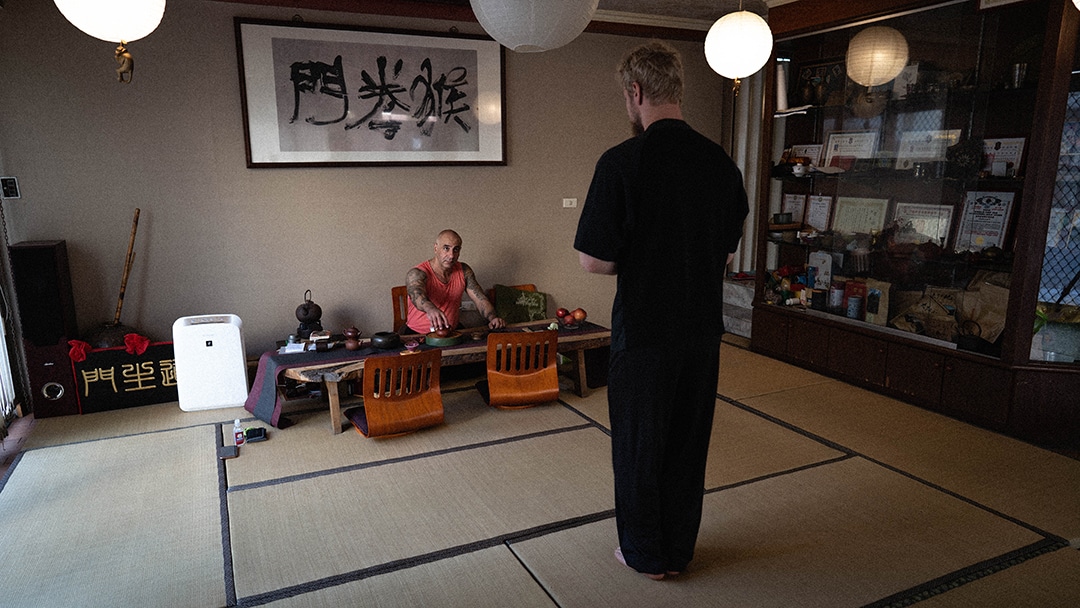 We are being offered this new kind of tea we have never had. It's decades-old Pu'erh that is almost incomparable with the tea you typically find in the west.

The taste, smell and the feeling you get from the tea is something that is hard to put into words. Basically, 99.99% of people have never had proper tea.

"What do you know about me and how did you find me?", asks the master.

He is genuinely interested and surprised that two Finnish guys with no background in real Kung Fu even know about him.

We continue our discussion while drinking tea and eventually two Taiwanese guys enter the dojo. We have no idea who they are but they greet us and sit down next to us.

Apparently they are the master's disciples and students. Both big and muscular, definitely not the average Asian men.

Soon, you will notice their hands as well. The hands aren't as big as the master's but the knuckles are clearly conditioned, bruised and bigger than regular hands.

"You don't want to mess with these guys", we think and we start to get little nervous. It turns out that we know very little about the master.

At this point the master even states: "You come visit me... someone you know nothing about. You are bold.". He continues saying that as travellers we need to be more careful who we interact with because... you never know.

The music starts to get more intense. After several cups of this fine tea we start to feel the effects. We think: "What have we gotten ourselves into."

It turns out the master is a nice guy. However, the extraordinary nature and vibe of the first meeting was ingrained to us for the rest of our lives.

Jiang Yu Shan is a man you don't want to mess with and soon you will understand why.

We have been awestruck by his skills and wisdom. When we say you know almost nothing about him and you have seen nothing yet, we truly mean it.

Let us introduce you to the master, Jiang Yu Shan:

Early Life and the Initiation of Chinese Gong Fu 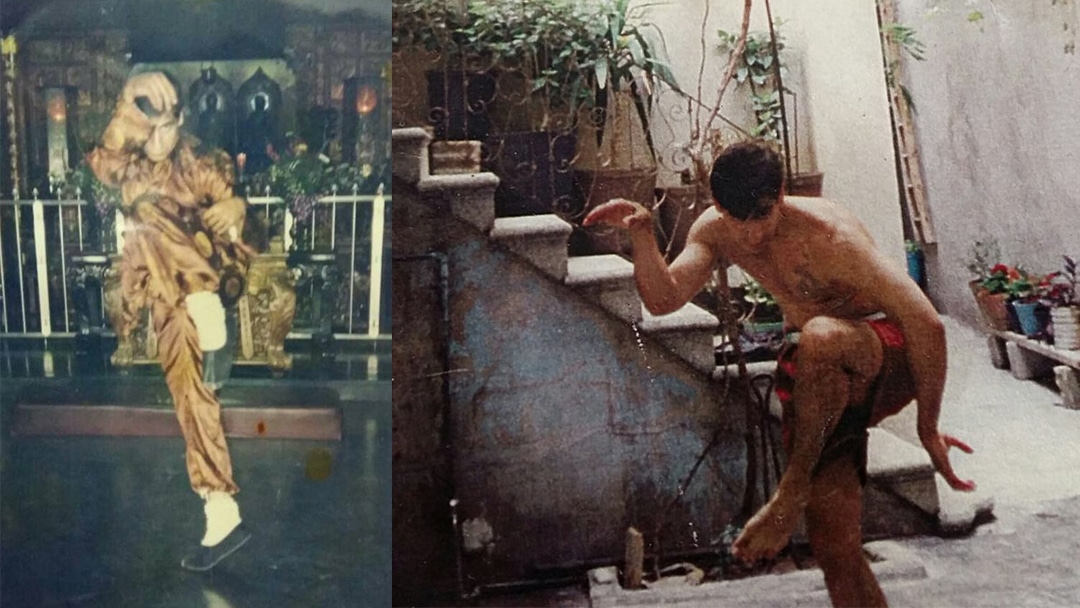 Jiang Yu Shan was born in Germany. His mother was a German ballet dancer and his father, a Syrian immigrant, was a wrestler. Jiang's father used to have a movie theater that only played martial arts movies which left a big imprint on him.

Jiang got interested in Kung Fu when he was a small child. Berlin at the time had some of the best Kung Fu schools in Europe because they had a real branch from a proper Malaysian monkey school.

Jiang started practicing Kung Fu when he was really young and by the time he was in his 20s he had already become well acquainted with Chinese Kung Fu and various other martial arts.

Since Jiang was a small kid he had the dream of becoming a real Shaolin Warrior Monk. Although the school in Berlin wasn't bad, it wasn't what Jiang was looking for.

To get real education in Chinese martial arts, you had to go to the source. And China wasn't the best source – instead Taiwan, Hong Kong and Malaysia had the best teachers.

This was due to the communistic revolution in China that drove away real martial artists from the mainland. At the time, the chairman Mao destroyed the real Kung Fu inside the country.

Jiang moved to Taiwan in his 20s and never left. Now, he has spent nearly 30 years living in the city of Tainan where he has run a Kung Fu school for several decades. 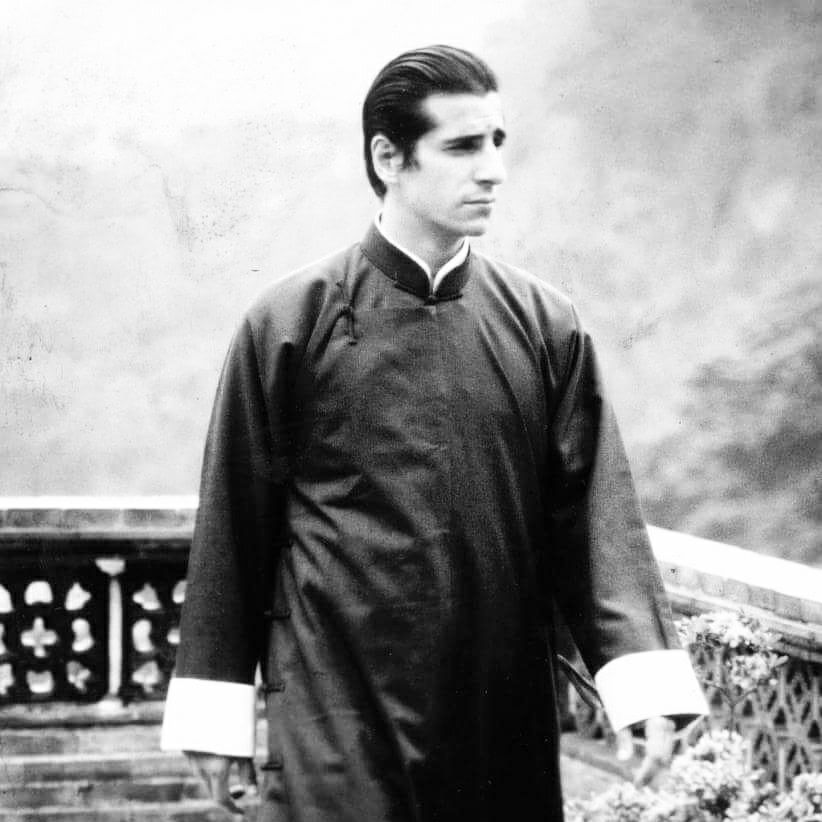 A lot of Westerners may find it strange why Jiang is using his Chinese name and not his original name. After spending over a month with him and seeing his life, it only makes perfect sense.

Jiang has perfectly integrated into the Taiwanese society. He hasn't even visited Germany in a long time. He speaks perfect Chinese and has some of the best networks that we have seen.

Jiang knows people from the very top of society to the street level. Due to his work, he is good friends with high ranked police and military officials. Many of them we had the chance to meet in person.

During the time we spent in Taiwan (we have done 3 trips and nearly 2 months in total), we met local mafia (the real deal), police officers and detectives, military personal, successful businessmen, martial arts masters and a lot more.

Not only that, he is also married to a Taiwanese woman and is a family man. His friends are mostly Taiwanese. Just like most Chinese adopt a Western name in the West, it's only natural to assume a Chinese name in the East.

What might come as a surprise for you, is that he is also a local celebrity in Taiwan and well respected martial artist and health practitioner. He is a licensed Chiropractic specialist and offers services to people in need.

He is a master of Chinese medicine, acupuncture, cupping therapy, traditional massage and other Asian health practices. However, he is the absolute best in Chinese Kung Fu and Qigong. 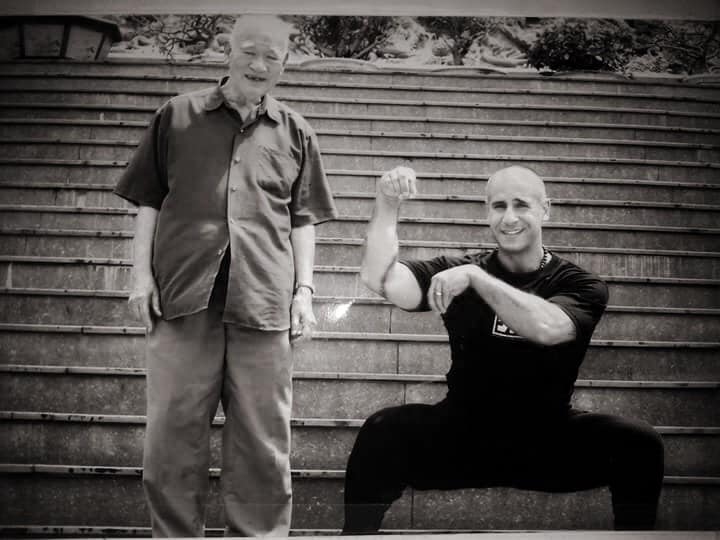 Jiang Yu Shan with his Taiwanese master Chen Min Lun (1921-2013) who was a master of the crane and monkey styles of kung fu.

When Jiang first arrived in Taiwan, finding the proper teacher of Chinese Kung Fu wasn't an easy task. Unlike in the West, Asia is very protective and more so in the past.

To have the chance to learn from a real master with pure lineages, you not only have to earn the trust of the master but you must also invest in the education both financially and in terms of becoming a serious disciple for years and decades.

This is because these are actual family secrets that have been passed from one generation to another. They are trade secrets that are not the typical commercialized forms you find in the West.

In Asian society, the real skill has been and is still today very well protected. This is true in the Kung Fu society as well as among many rare Japanese martial arts you've never heard of.

In the West, a lot of Kung Fu and Qigong have been commercialized and many of them consist of incorrect or incomplete knowledge. Something the master calls "hybrid styles" lacking the complete knowledge from "the pure styles".

Jiang inherited the monkey fist and learned the crane style from his Taiwanese master Chen Min Lun (1921-2013). These styles consist of both martial kung fu and strengthening Qigong. 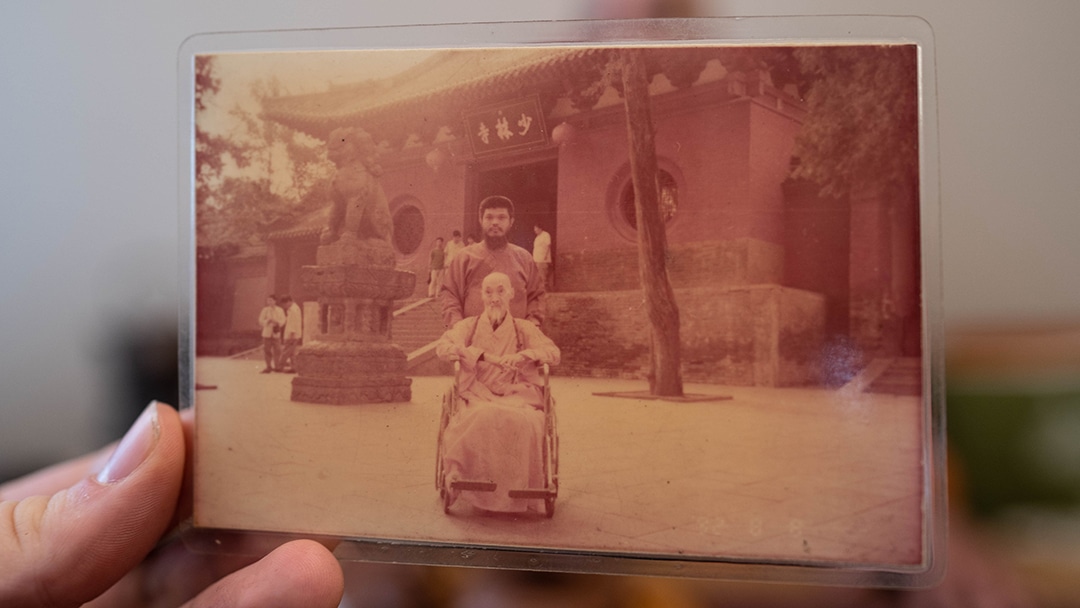 In the video, you see a picture of his Wing Chun long pole master HeShan Fa. There's also Chang Chi Yen, a notorious master known for a very difficult form of Tai Chi who comes from the direct lineages of the legendary grandmaster Sun Lutang.

Jiang Yu Shan is a literal encyclopedia of Chinese Kung Fu and Qigong. If there is something you want to know, he knows the history and background in detail. If you want to see an exercise or a form, he has it to the finest detail.

What we have seen the master demonstrate is very impressive. He is almost as secretive as the masters before him. What you see online is literally only a tiny percentage of what he can do.

What we are going to bring to the public in the upcoming Qigong course (Edit: the course is now available) will be unprecedented in the West. We believe the depth and size of this course will be a significant contribution to the West in terms of Qigong.

The breathing material alone will blow your mind. Yet, it's still a small piece of the expertise and skill of Jiang Yu Shan. To learn the most advanced stuff, you have to become his disciple and very very few can do that.