Movement training can be a lot of different things but here have defined it how we see it. What is it really?

Many would consider "movement" as everything physical (and maybe even mental) that you can do: every aspect and area of human movement. When you look at it this way - there is nothing that isn't movement.

However, in practice it doesn't really work that way. When you look at people who do movement training, it's never complete and it's often just a bit bigger box and niche.

Nowadays movement is largely capoeira-acrobatic-gymnastics with bits and pieces from other arts and crafts such as yoga and dance. What movement has really become, is just a bigger umbrella for different arts of movement.

Movement is what CrossFit was to the performance culture: a larger mix of different ways of moving and training the body.

This is how it is seen at the moment and this is not entirely how we actually see this.

CrossFitters avoid partly the artistic element and movement culture is partly avoiding the performance aspect. BOTH are still missing the other half of the equation.

You can see CrossFit style of training as the hard (external) yang element, while the movement culture as the soft (internal) yin element. If you focus on just one, to us, it seems like a half is still missing.

Artists focus on the ability to move and move well. Athletes want sustained high-level performance and functionality. These are both valuable.

The obvious solution would be to just start mixing these together but it comes with challenges. We featured this is in the last post - you can't just mix things together - EVERYTHING HAS TO BE INTEGRATED.

What we have tried to accomplish is to bring these two opposite elements together. It's a work in progress but this is one of the things we try to accomplish.

We have come to a conclusion that it's not really about what you do but how you do it. It's all about how you approach what you do.

The higher level of training is more about possessing both the mindsets of an athlete and an artist instead of just mixing things mindlessly. This is what we mean that there needs to be just one integrated way.

At the end of the day, there is an infinite amount of ways moving the body and training the body. You will never have the time to practice them all, but you can learn the deeper principles that cover them all.

Once you master the deeper principles, it doesn't matter what you do because everything that you do is the manifestation of these principles.

Ultimately, performance and movement should walk hand in hand. The best artist and the best athlete is the one who has the ability to be both soft and rigid - who knows how to yield but also has the capability to dominate. 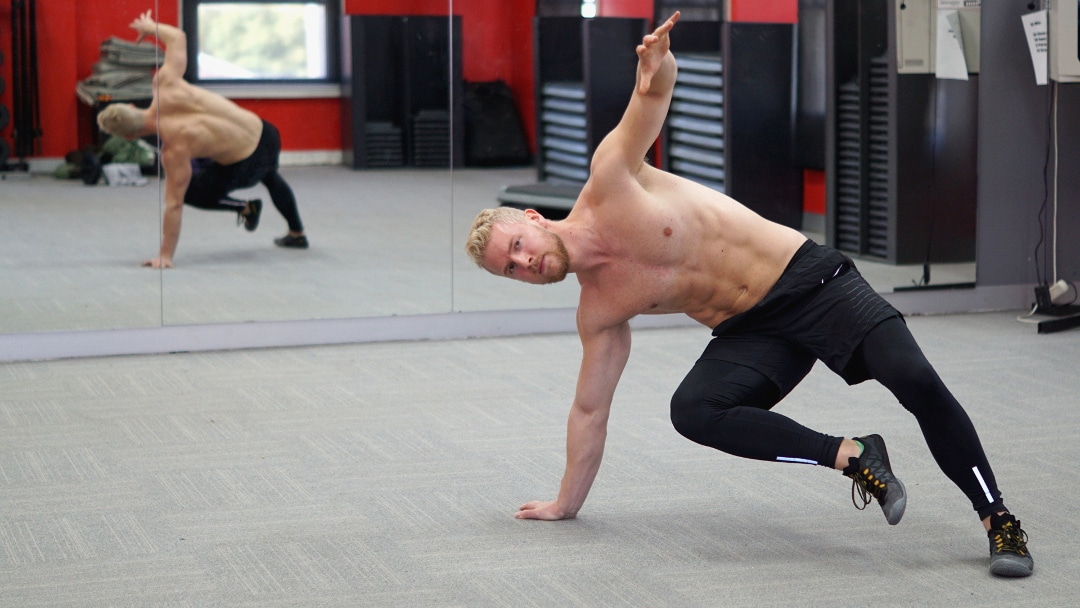 Learn to be both rigid (functional) and soft (artistic).

What is Movement Training?

Movement training is natural movement in a way that you are just moving the body - using the body without applying too many strict external rules to your movement.

There is nothing natural about athletic training or typical forms of exercise. No animal would move in a way where you are specifically targeting and isolating a specific area of the body. You don't see monkeys doing strict bicep curls.

However, just because something isn't "natural" (or instinctive) it doesn't mean it's not good for you. Most things we do today are learned and conditioned, yet there is great benefit and freedom in possessing the animal spirit.

An animal would use the entire body to move and accomplish a task. That is the point in movement training. You just move and use your whole body to move. It's full body training at a high level and it produces astonishing results.

There are loose rules and structures but all the details are up to you. There are macro rules but micro rules are for your body to decide.

In the beginning it's good to focus on many different animal walks and movement patterns to get comfortable with your body and to build necessary strength and mobility to thrive in the future.

The advanced step of movement is flow where you empty your mind and become formless. Like water... (one smart guy said this in the past).

The flow state is the same as being "in the zone" in sports. It's a high level state where your thoughts aren't restricting your ability to move and perform. You just move. You just GO.

Although flow is a high level state - it's not only a state for the most fittest athletes and artists. Quite the contrary - it's a state anyone can access if they can just stop judging themselves and allow themselves to relax into the moment.

Movement training is full body movement training where you are using the whole body. Athletic training on the other hand is about performance and maximizing physical attributes of the body.

Movement training is the ancient timeless secret - the root of physicality, it's about learning how to move. Athletic training is the most advanced cutting-edge form of training to enhance the body's ability to move.

Integrate both and you will be the master of both worlds.