Intense abs workout to target the core and hip flexors and help you develop a nice looking v-cut! Performance and aesthetics walk hand in hand.

The importance of core training becomes more and more evident the stronger you will become.

In the beginning big compound movements like squats, pull ups and deadlifts will work the core plenty, but there comes a point when "isolation" of the core is necessary.

Isolation of the core is really not only for the looks, quite the opposite. Isolating your core is one of the most beneficial things you can do for your movement ability!

This is because whether you are doing sports, martial arts or any kind of movement training, your core is always present and firing. A great deal of control and power comes from the core alone.

In our "How I got my Six Pack" video we talked about how important performance and health are regarding your looks.

To put it shortly: performance = aesthetics. A great looking body is simply the side product of your body's performance (and health). This is why all of our training programs prioritize performance and health (structural balance).

This is also why many of the athletes look incredible. They didn't get the amazing body by focusing on their looks or "aesthetics" - they achieved their bodies by focusing on becoming a better athlete.

Aesthetics is simply a terrible goal. Performance will give you everything because it is the highest standard.

Here we have an intense abs workout for performance and aesthetics that is easy to do at home and applicable for both beginners and advanced.

Rest 1-2 minutes between sets and exercises.

It's possible to reduce the sets or exercises if you feel like the workout is too much for your current level. Pick the suitable variation for you as well since several of the exercises can be quite advanced.

This workout will train the abs, obliques and hip flexors. With abs exercises where your legs are also moving (like the lying leg raise), you will be heavily working the hip flexors and other hip muscles (stabilization).

In many of our previous abs videos we get comments like "this exercise is for hip flexors, not abs" which is only 50% true. It's a misconception to think that because the core is not moving, it is not working.

One of the main functions of the abs is to stabilize the spine. As a result, there doesn't need to be a "crunching" movement for the abs to work as long as the legs are creating disturbance.

Both core mobility (where you are performing crunching motions with the spine) and core stability are immensely important. Both are extensively covered in our Abs 20XX training program which also has our best diet and nutrition plans. 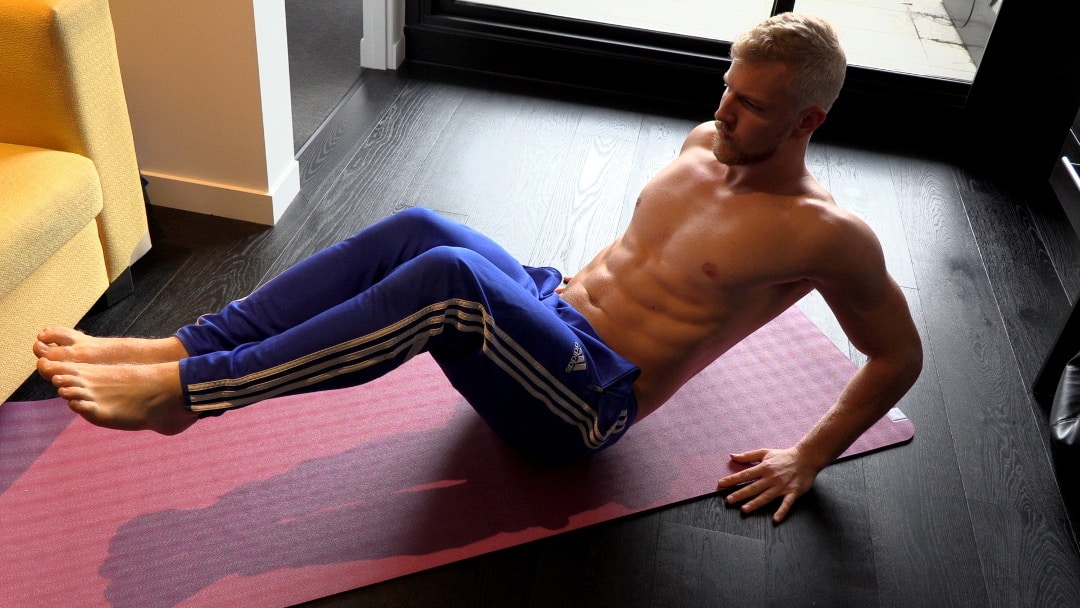 In the knee up you sit on the floor while you use the arms for balance. Then you do the knee ups to target the hip flexors and abs.

The core should remain relatively stationary (no crunching at all) while the legs do majority of the work. Here you will train core stability and hip flexor mobility.

There are many excellent ways to modify the knee up:

The most important thing is to maintain control in your repetitions. Even if you move your legs quite fast, you should be in 100% control the entire time. 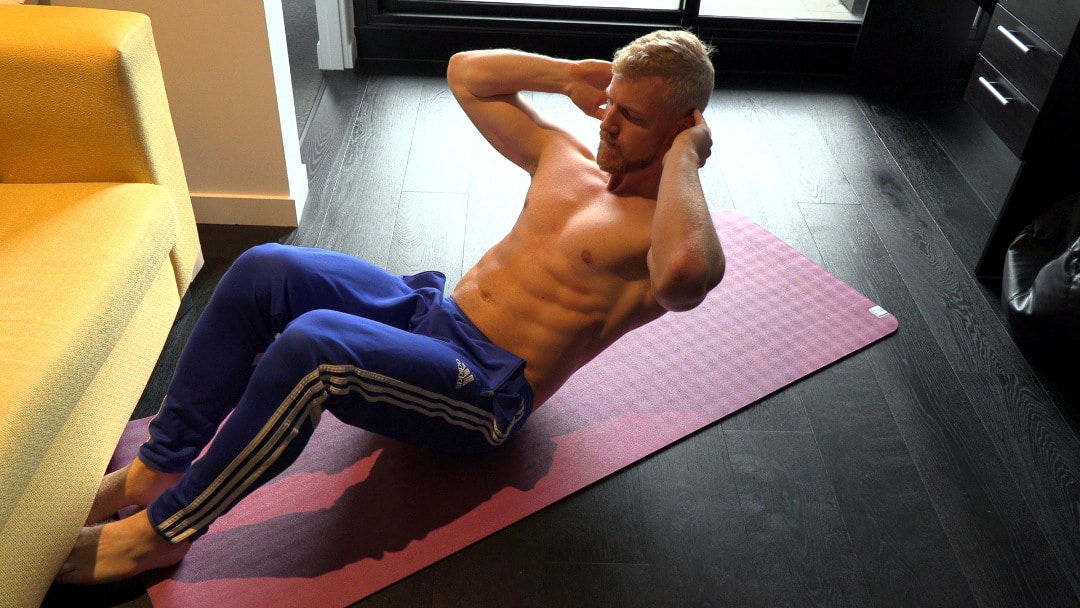 Sit up is one of the very basics for abdominal training and an excellent exercise for both the hip flexors and abs.

Your legs are not moving, but the hip flexors are still flexing the hips to raise yourself up. The variation where your core remains completely still and stable is called the hip flexor sit up.

In the regular sit up your hip flexors are firing but you are also crunching with the abs to raise yourself up. The lower abs stabilize while the upper abs crunch.

You can also do sit up twists where you are twisting from one side to another. This emphasizes the obliques and different parts of the abdominal muscles.

A lot of people talk smack about the sit up saying it is not functional or it can even be dangerous. In reality sit up is just one of the basic human movements among many and done correctly there is nothing dangerous or bad about it.

What makes an exercise dangerous is poor execution, too much resistance or overdoing it on a long period of time (this creates structural imbalances).

Arch Sit Up (ADVANCED ONLY) 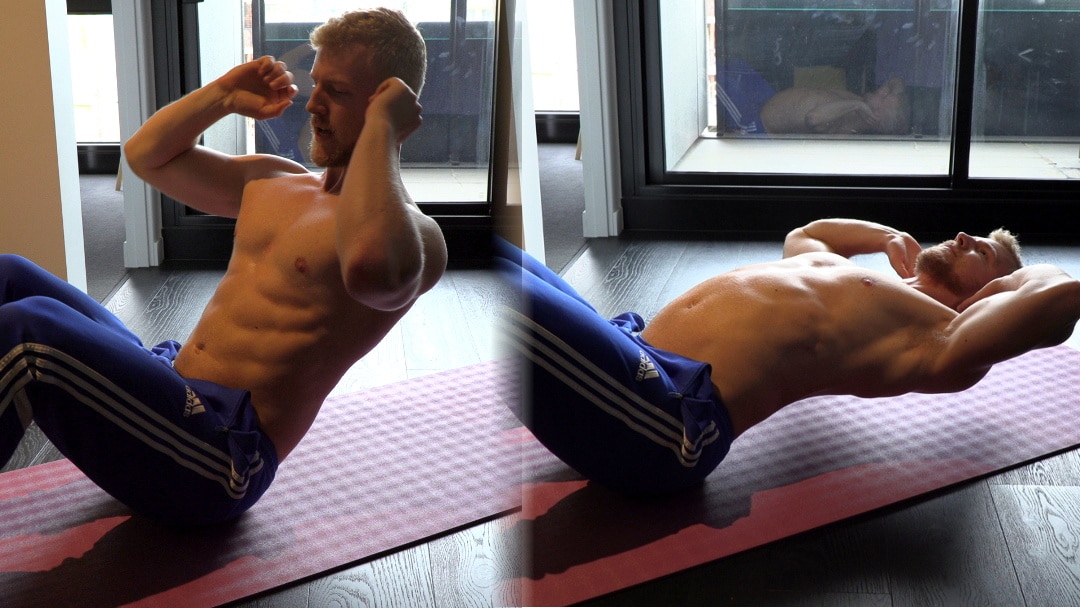 The hardest possible sit up variation is called the arch sit up - this is a very advanced movement which is only for the elite level. Here you are stabilizing the hips, lower abs and solely crunching from the abs.

Done too soon the arch sit up can be dangerous because it not only requires high levels of abdominal strength, but your lower back muscles also need to be in a perfect shape to support and stabilize the arch. 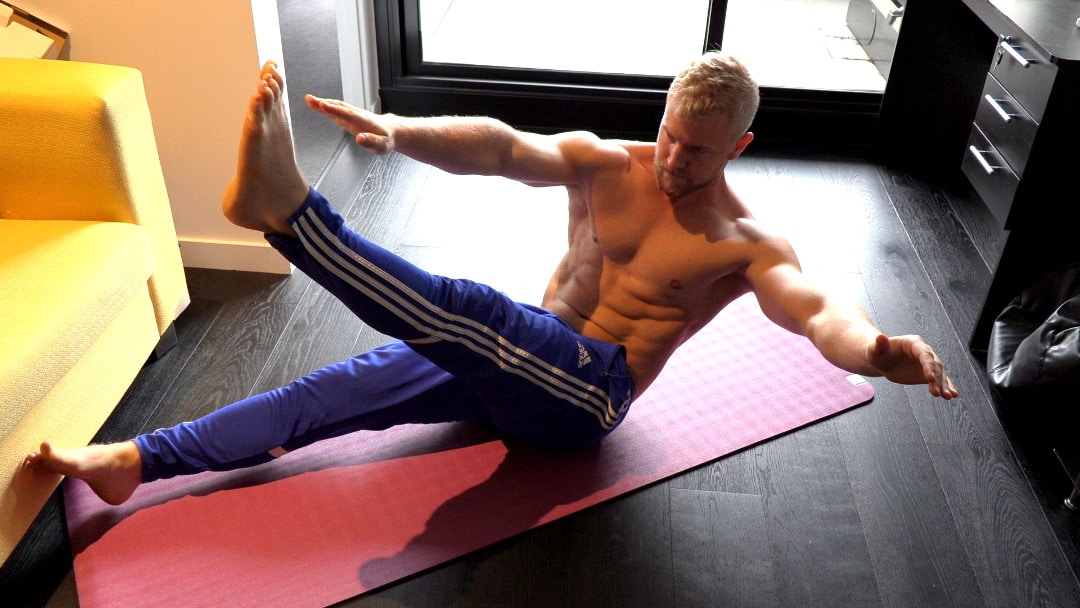 Cross toe touch is an abs, obliques and hip flexors exercise all in one. You are crunching from the abs and cross touching with your arm and leg.

What makes the cross toe touch an effective movement is that you have to twist a lot from the core and utilize plenty of obliques in the process.

Focus on controlled execution - using too much momentum is one of the common mistakes people do with the cross toe touch ab exercise. 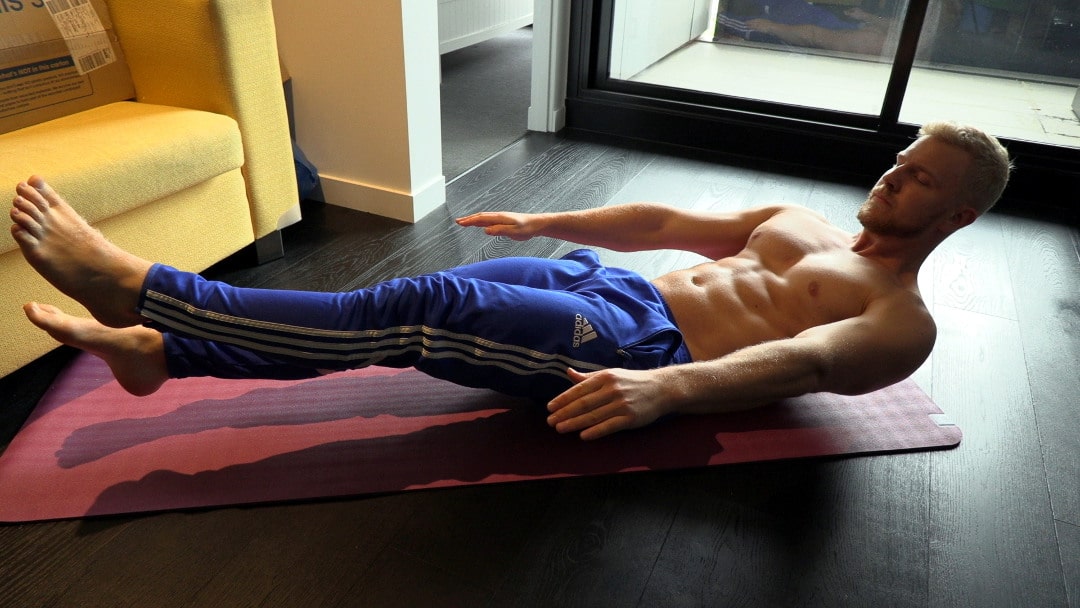 Lying leg raises are a phenomenal exercise for lower abs and should not be undermined.

In the easiest variation, lying leg raise, you raise the legs up in a controlled fashion while your core is stabilizing the body.

The hardest variation is to do the leg raise in the hollow body position where your back is flat on the floor and your upper body is elevated. This requires a high level of strength and mobility.

Flutter kicks are also a great variation where you are doing small up-n-down kicks with your legs while stabilizing the core in the hollow body position. Excellent core stability work.