Why You MUST Train UNILATERAL HIP ROTATION for Maximal Performance

Training hip rotation is one of the neglected areas of leg training. Here is why you need to do it and also one excellent exercise to train your hip!

Your hips are the powerhouse of your body – in almost anything athletic and functional, they produce the most power (the next is your core strength).

Your hips are also incredibly versatile and can move very similar ways to your shoulders. In training, it's common to train the shoulders with various exercises and rotations but how about hips?

When it comes to hips, most training is overly simplified and relies on heavy weights. The rationale often is "legs are big muscles so let's use big weights!".

Moreover, only a few very simple exercises such as basic squats and deadlifts are used. If people go really high tech, they may do split squats (wow).

Although lifting heavy in squats and deadlifts can be impressive, they aren't good standards for athleticism. Nothing wrong with the lifts – alone they just aren't sufficient.

For example, we were both able to squat and deadlift twice of our bodyweight (more in the deadlift) in the past but yet our hips and legs were in horrible shape and only started to get stiffer and more painful as the training went by.

We are strong believers in training all joint articulations of the hip which are natural movement patterns. We train the hips to move like healthy and strong hips would naturally move (which is incredibly rare in this day and age).

We move the legs in all directions, rotate and do various variations of the squat and hip hinge.

The results? Hips and legs that can carry you like never before. Agility, strength and mobility that go beyond the ordinary standards of performance.

Frictionless pain-free living. Functionality and universal athleticism that surpasses boundaries and allows you to perform at a high level in sports, martial arts and dance.

Why You MUST Train Hip Rotation 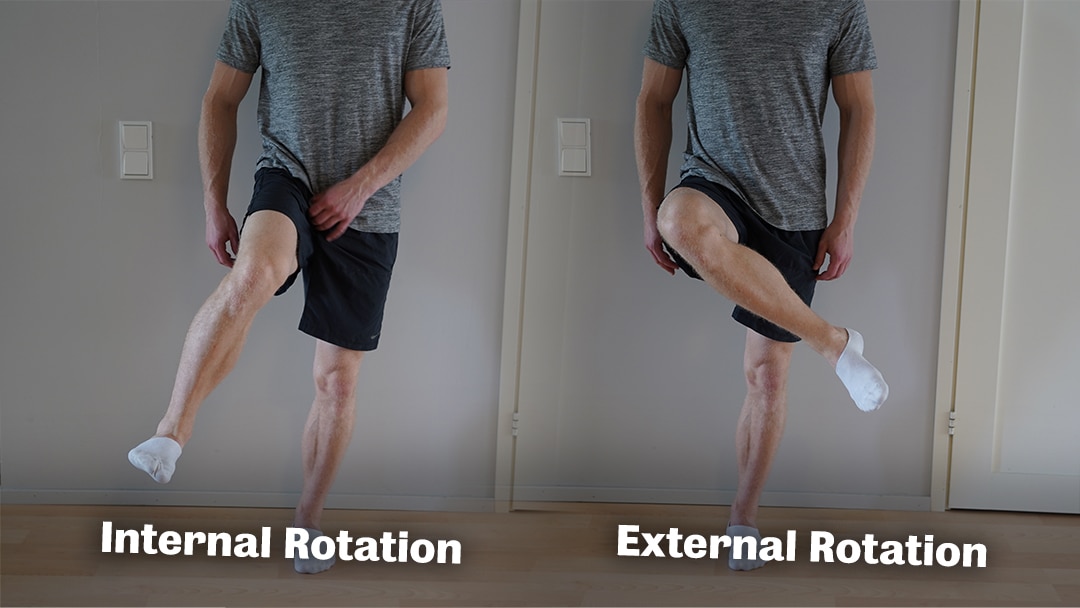 One area that we cover in the video is HIP ROTATION.

Your hips can rotate internally and externally. Your hips will naturally rotate in many exercises such as the squat but often in a very limited range of motion.

The rotation is quite complex and requires mind-muscle connection to do it right. A lot of people don't have sufficient range of motion in their hip rotation at all. 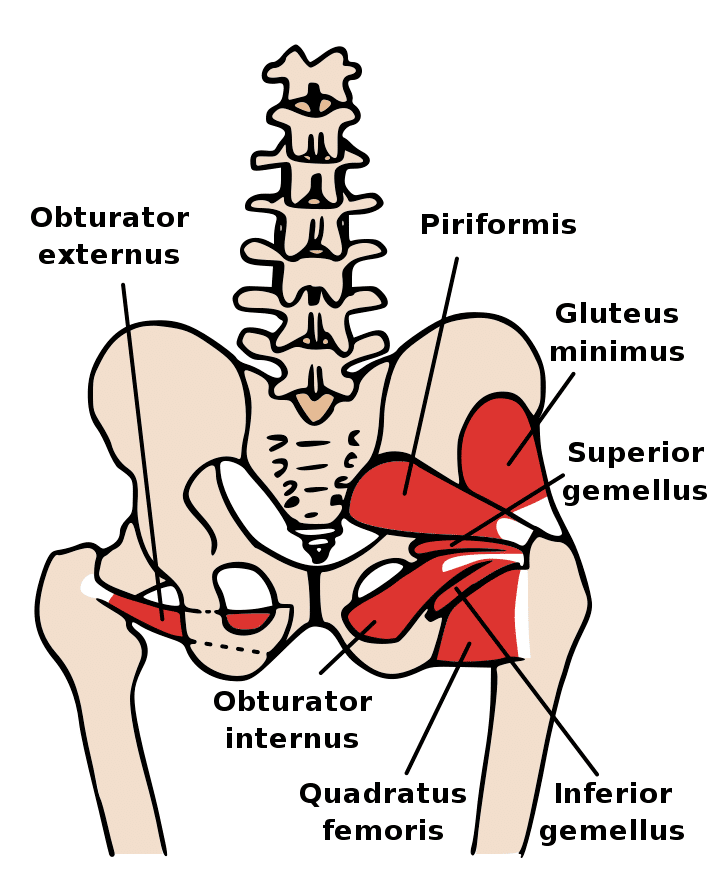 External rotators of the hip.

There are 9 muscles that externally rotate the hip and 4 that do the internal rotation. Many of these are tiny muscles located in your hip area but many bigger muscles such as glutes also aid in rotating the hip.

The reason why it's important to do many forms of external/internal rotation movements is that different muscles are actually working in different body postures (for example a muscle called "piriformis" is working only when the hip is flexed).

To fully train these various hip muscles, you need to utilize a variety of different hip rotation exercises.

The exercise demonstrated at the end of the video is excellent because the same movement pattern is also needed to punch, throw or hit with a bat.

ALL of our training programs cover hip rotation with various exercises but when it comes to developing the most athletic and functional hips (and legs), Athlete 20XX is the most cutting-edge program in this regard.

You will have healthier and less painful hips which may also ease knee and lower back pain as well (everything is connected).

Most importantly, you will have functional, strong and athletic hips that can produce power and agility.

As stated before, the exercise that was demonstrated in the video very strongly mimics the same movement pattern that is needed in many athletic movements.

When it comes to producing real power, your hips and especially the rotation of the hip are where a lot of power comes from. Your core is the next most important thing.

Surprisingly, both of these areas are often badly neglected. It's common to train everything in a one-dimensional manner but very uncommon to include lateral movement, 3D movements and rotational elements in training.

What Modern Training Gets Wrong About Hip Training 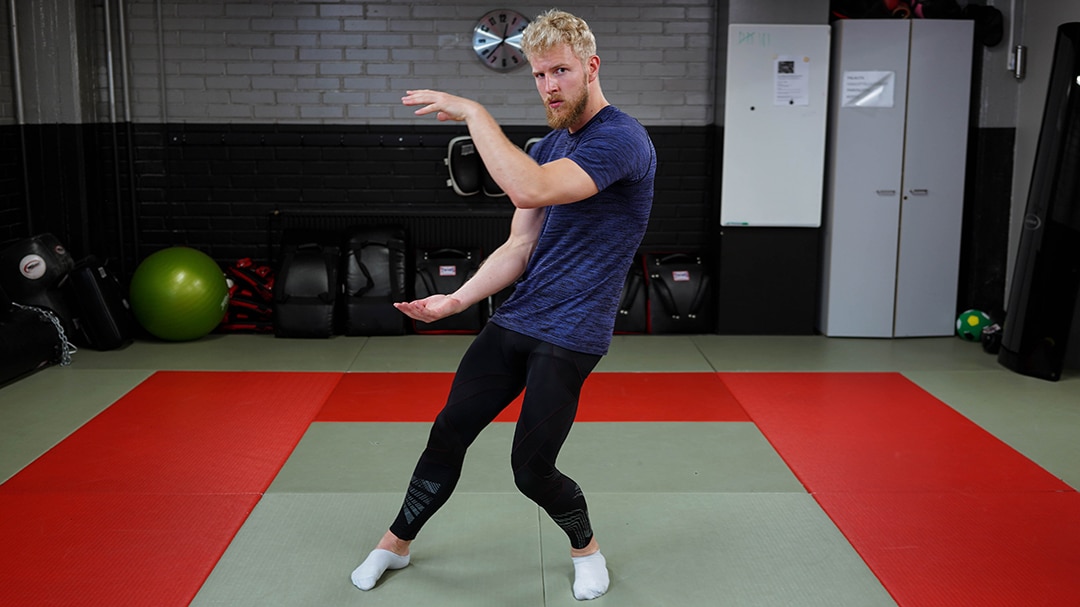 Taming the dragon, Chinese Qigong for mobilizing the hips.

When we released the new kettlebell video featuring various intelligent and technical kettlebell movements, a lot of people were confused because in the modern fitness landscape thoroughly training the hips and core is nearly a lost art.

It's lost because this wasn't always the case. For example, in Chinese strength practices (Kung Fu and Qigong) they train the hips in incredibly versatile ways.

In Qigong, it's common to train both external and internal rotation in isometric holds and then do very multi-dimensional wave-like movements to train the hip rotation. This is high level stuff.

Nowadays, many top strength coaches do excellent work. Pilates has fantastic training as well in this area. In many mobility and movement circles various hip mobility drills are also becoming more popular. 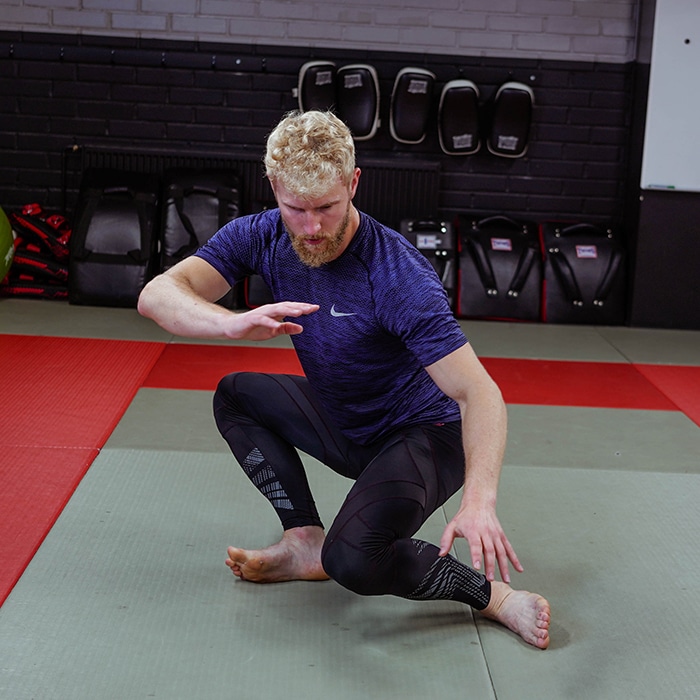 Good stuff but learn how to rotate and control your hips while standing at first.

What many people get wrong however is that they are mostly focusing on rotating the hip in various bottom positions on the floor (see the picture).

This is good but over half of the people do these drills in the wrong way and end up developing more flexibility than real active mobility.

Many of these drills actually originate from BJJ (Brazilian Jiu Jitsu) circles where having flexible hips makes a big difference.

What is most important is learning how to rotate the hip when you are standing up.

This is where you are spending most of your time and where most sports, art forms and physical activities take place. BJJ is a niche sport in the grand scheme of things.

This tends to get more advanced because rotating the hip this way takes more patience, better mind-muscle connection and ability to stabilize the rest of the body.

The reason why the floor hip mobility drills seem popular is that they look fancier but in practice most people are just twisting their hips with no idea how to actively rotate the hip.

In these days the most gimmicky and fanciest becomes the most popular when in reality the simplest and most precise movement is often the best.

If you are interested in taking your hips (and rest of the body) to the next level in a very systematic and thorough manner, check out Athlete 20XX. It's our highly praised program that continues to surprise people.

We also have a FREE mobility class available that covers many high level exercises that aren't overly complex and are easy to implement in your training.

To your massive results,