Building extreme pain tolerance with harden bone kung fu. Please do not try this at home without an experienced professional.

This is the final episode of our travels in Taiwan where we decided to visit Taiwan's master of monkey kung fu, Jiang Yu Shan.

Click here to see Episodes 1 & 2 and read about our full trip in Taiwan.

Before traveling to Taiwan, we knew Jiang Yu Shan is a hard core kung fu master who has gone to the extremes in both internal and external styles of kung fu. We would say that he delivered on this promise.

The reception of these episodes has ranged from positive to skeptical to concerned. For some people, Chinese kung fu is automatically BS and traditional Chinese medicine is either dangerous or doesn't work by default.

Jiang Yu Shan has been practicing Chinese kung fu since he was 4 years old. He was already a kung fu teacher in his 20s. He moved to Taiwan over 20 years ago and has been running his kung fu school in Tainan city ever since.

In Germany, when people heard that he is a kung fu master or that he has practiced Chinese traditional medicine, they would only give him a smirk and not take anything of it seriously.

In China and Taiwan it's a whole different story where you will be treated with respect and authority especially when Chinese traditional medicine is still a vibrant part of society.

In the West, if you tell you are a Yoga teacher it's a cool and hip thing. Everyone knows Yoga is fantastic. Qigong or internal kung fu? Very few know about these practices on a deeper level.

We think the time for Qigong is coming and it will someday be more mainstream than it is today. 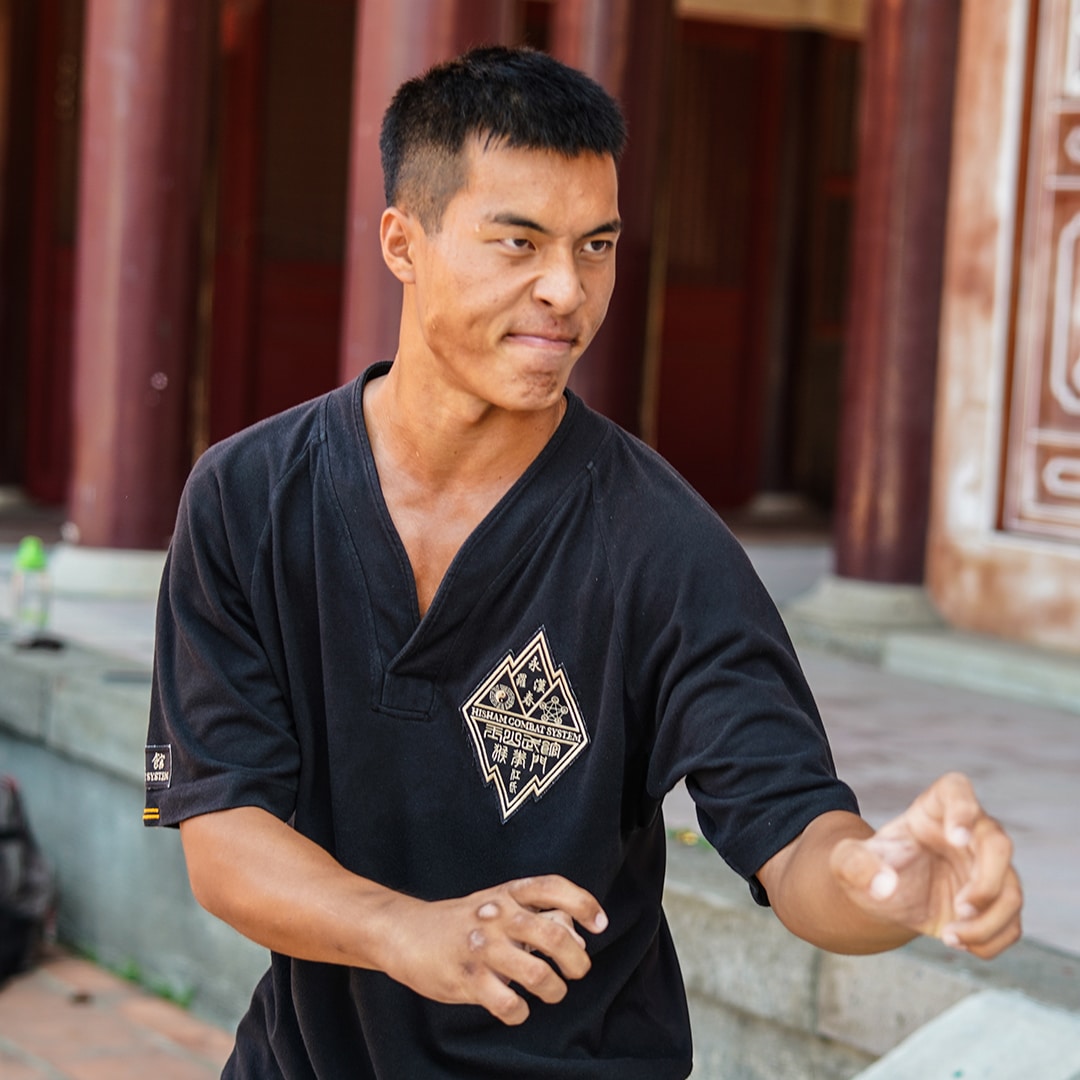 We don't blindly believe anything but we are willing to try different things. A lot of people automatically label something as BS and as a result never try or discover anything new.

If a person does this, he or she will never move to the next level because this is literally the recipe for staying where you already are. While you evolve, your training must also evolve.

We are not waiting for the West to acknowledge Qigong and kung fu as something great - we don't need the confirmation of the society to acquire new knowledge. Everyone should make their own decisions in this regard.

If something works, it's quite easy to discover - you only have to try it and experience it by yourself. But if you don't try it, it obviously has no chance of working.

The West will eventually understand the value of Chinese practices but it will take time. It's better to be ahead of your time than move slowly with the masses.

Harden Bone - The Hardest Training Out There? 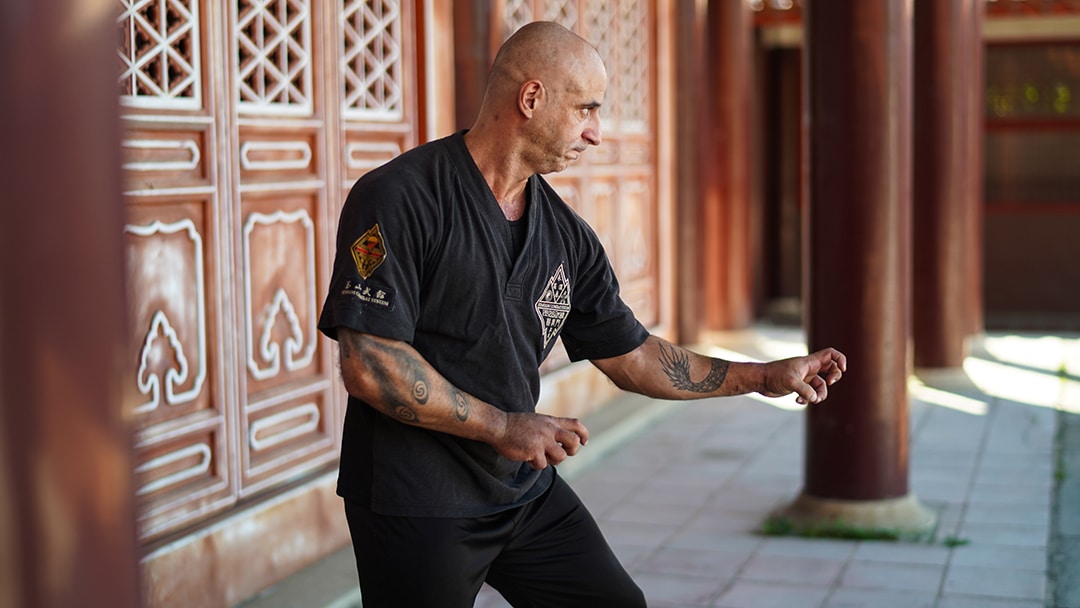 According to Jiang Yu Shan, fighting Qigong stimulates testosterone production so much that he wouldn't recommend it to most women since it can have negative consequences. Health Qigong is however for everyone regardless of gender or age.

We have done a lot of different things. We push ourselves in training and have done everything from heavy lifting to grueling conditioning workouts but nothing has been as hard as Chinese kung fu.

We sometimes get comments from men in our movement or slow tempo workouts where they act all tough considering this type of training easy and their "ego lifting" workouts the true measurement of manhood.

Unfortunately, heavy ego lifting workouts are the easiest form of training we have ever done. For example, an ego lifter would quickly find out that even Yoga is harder if he ever tried it.

Ego lifting is easy because the time under tension of repetitions is often short and in the form the strongest muscle groups are always utilized. As a result, the workouts can be momentarily tough but they never reach a high level of discomfort.

It's like taking a dip in the ice lake (an old Finnish tradition) but not actually spending any time there which would actually make it difficult (and also beneficial).

Truth be told, these "tough fitness guys" on social media are getting old. It's a modern phenomenon where acting tough has become more important than actually being tough.

When we train, we go where we are the weakest and we try to stay there to develop the weak areas because that's how these areas are developed.

It takes guts to be "weak" but it's also the fastest way to get strong, regardless of your level of fitness. We will touch on this in an upcoming video.

For most people, Yoga can already be super hard but we have found internal kung fu forms and Qigong to be even harder. In fighting Qigong, you are not playing around. It's not supposed to be fun or relaxing.

Internal kung fu gets hard when the duration of the holds goes beyond what anyone could fathom. You wouldn't even think a person could hold one stationary position for so long.

These holds develop strength and dig deep into the structure of the body but they also develop the mind. After only a couple of minutes your entire body starts to burn and this is where it becomes hard.

When it comes to external training, harden bone kung fu is probably the hardest form of training that can be done.

Originally, Jiang Yu Shan was hesitant to teach hardening the shin bone. We had to insist on it multiple times for him to show how it's done and every time he tried to avoid the subject.

We wouldn't recommend hardening the shin bone for everyone either unless you are very serious about martial arts and understand the practical application of hardness. 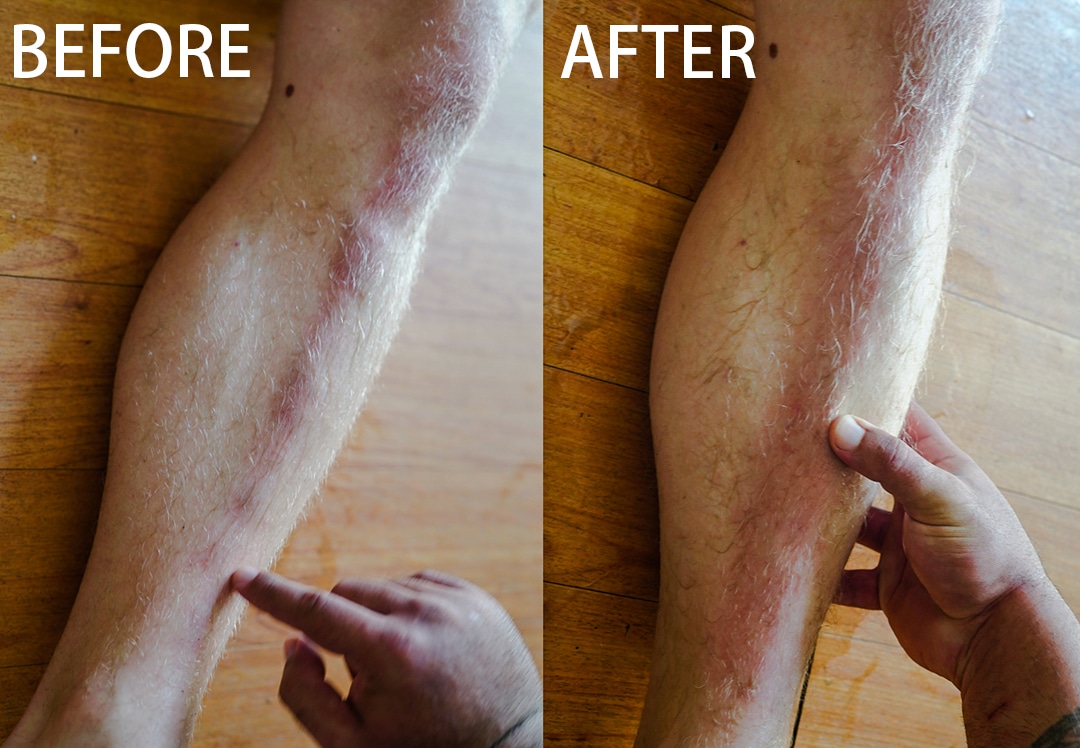 This is why you MUST massage after the hardening practice. Before the massage the shin is covered in bumps which may not recover properly. After the massage, the shin is all flat.

This type of training took us mentally to spheres we had never experienced. The training was tough but afterward we felt a sense of serenity.

A couple of hours after the training, we felt euphoric and were laughing uncontrollably to everything that had happened earlier the day.

It's not a common thing to use a stone roll to roll out your legs like they are freaking noodles!

It was a life-changing spiritual experience where the feeling of pain was pushed to the limits. Something was transcended that day.

We are not going to put others through similar experiences and we are not planning to include harden bone in our fitness method but this is just to show that when we try something, we go all in.

We don't just stay at a surface level learning mere techniques - we try to learn the essence of the art. We really step outside of our comfort zones. We want to become the art form.

This was an immersion to Chinese kung fu. A year before we did Yoga, Pilates, Ballet, Ballroom dance and many other forms of training, not to mention what has happened many years before.

When you try a lot of different things, you will naturally start to notice that certain same principles repeat over and over again. This is how you discover the timeless principles that cover all physical movement.

It has been a journey around the globe that has lasted many years. We will make one more visit to Munich, Germany where we will be meeting with a 65-year-old master of strength and conditioning.

What happens next, is a revolution that covers both soft and hard in a way that is unprecedented in the world of fitness.

Chinese kung fu was the hardest form of training we have ever done. Yoga probably the softest. Hard and soft should belong together like front and back.

This distinction is already naturally present in all of our training programs but we are happy to take it even further.