Delving into the old art of Lohan Quan. Exploring warrior monk neigong and the ancient Shaolin methods of strengthening the body and mind.

When the ancient Shaolin temple was under attack, the monks of Lohan Men were the first line of defence. They were the guardians of the temple.

In a previous article, we learned that the ancient Shaolin temple had 5 temples, 3 families and 4 doors. One of the doors was Hou Quan Men (The Monkey Fist Door). Another door was Lohan Men (men 门 in Chinese means a door or a gate).

All of these doors had very different styles of kung fu & Qigong and a different purpose and reputation inside the Shaolin temple.

For example, the Monkey Kung Fu practitioners would train and reside outside the temple because their tactics and purpose didn't align with the peaceful nature of Buddhism. 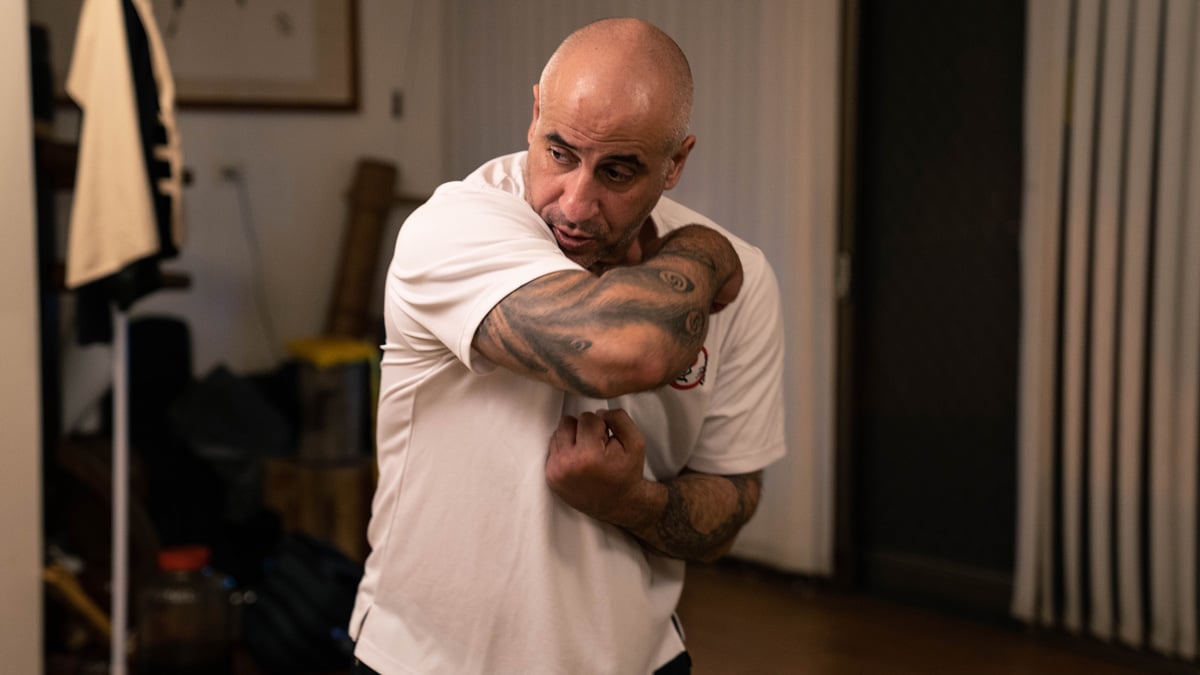 Lohan is a hard style of kung fu that focuses on power, full body hardening and extreme practicality. Very different from many other styles such as Tai Chi which is considered a soft internal style.

Lohan was presenting the temple as the fiercest and strongest martial art. The first thing you had to learn inside the temple was the Lohan Fist. Once you mastered that, you could explore the animal styles.

Lohan includes the basics from Buddha's fist and palm to the body hardening and Qigong forms. All the fundamentals of real kung fu.

The Origin of Real Kung Fu

The reason why modern kung fu looks totally different from the kung fu you can learn from Jiang Yu Shan is because during the communist revolution in China (1948-1952), Chairman Mao persecuted and drove away all the masters of real kung fu.

Chairman Mao enjoyed art and dance but considered traditional martial arts barbaric and bad influence for the society. A master of the praying mantis style explains this in detail in the video below.

Traditional martial arts were forbidden but dance was allowed. Sparring, hardening and all the truly advanced training methods were gone and lost. Instead martial arts were mixed with gymnastics and show movements into a sport called Wushu.

The practitioners of traditional martial arts either stopped practicing, were killed or they fled to Taiwan, Hong Kong or Malaysia. Even today, these countries are the best places to learn real kung fu.

According to Jiang Yu Shan, the real kung fu masters did everything you see modern fighters do today. Lots of sparring, hitting the bags, conditioning and so on. All areas of fighting were included: striking, grappling, wrestling, ground fighting etc.

For example, the traditional Chinese wrestling called Shuai Jiao has lots of similarities to Greco-Roman wrestling, Sambo and Judo. Many forms of Shuai Jiao are still practiced today.

Many monks of the past were missing their teeth because they were sparring so much and so hard. They didn't have mouth guards back then. 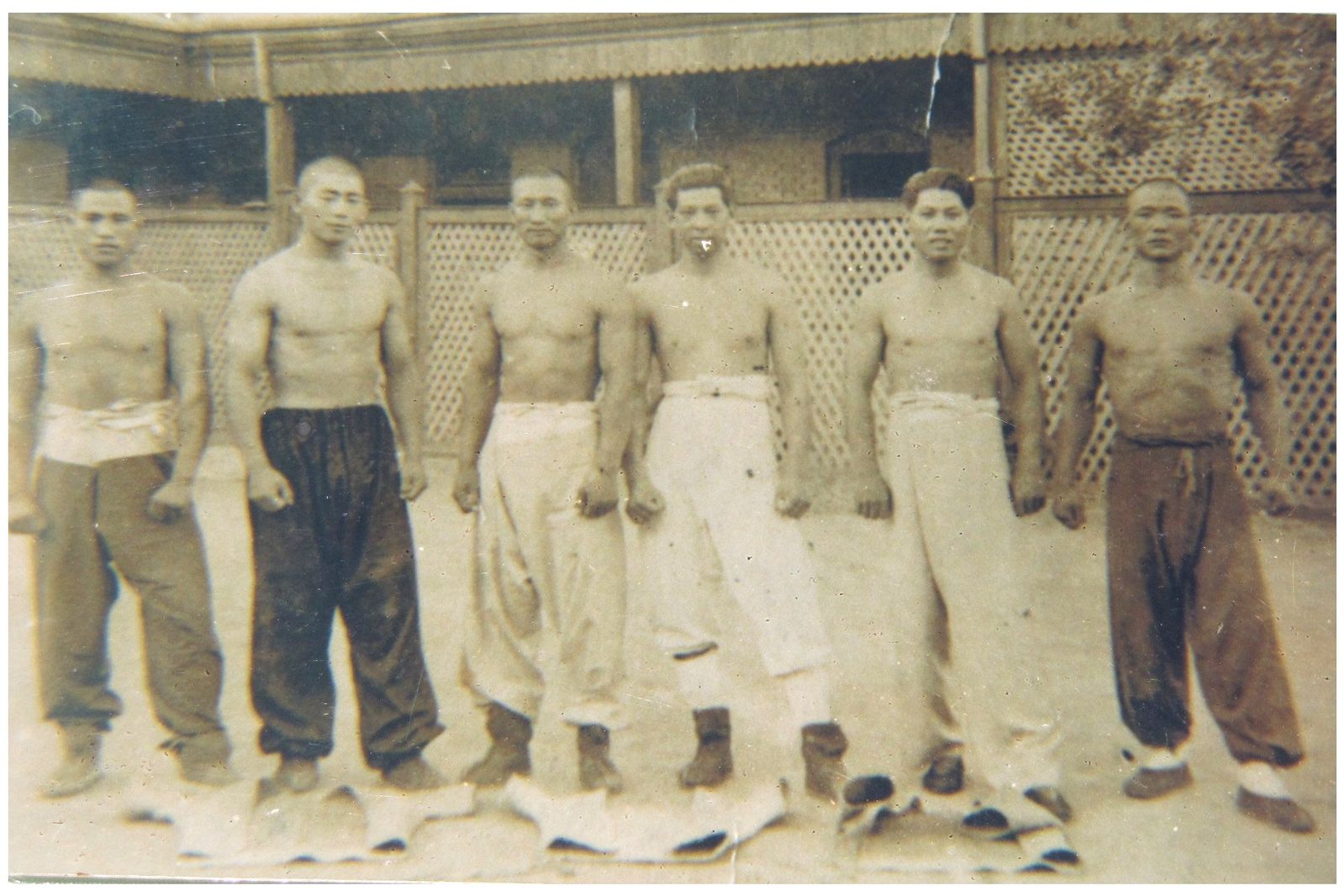 Masters of Shuai Jiao (Chinese kung fu wrestling) from Tianjin, China in 1930. These guys were truly strong and dangerous. Leg kicks and hitting with forearms were allowed in Tianjin Style (天津) of kung fu wrestling.

Strength and Power from Lohan Gong

With Jiang Yu Shan, we focused on learning a very special Lohan Gong Form which is considered fighting Qigong. Fighting Qigong (or warrior monk neigong) we covered extensively in the last article and video.

With the combination of proper breathing, muscle contraction and very special body alignments, you are pumping the body, stimulating the nervous system, influencing the hormonal systems and training the muscles, tendons and ligaments.

When you combine this with the protection and body hardening of The Golden Bell, you become a warrior internally and externally. These methods were designed to strengthen the entire physiology and to elevate your mind above fear. 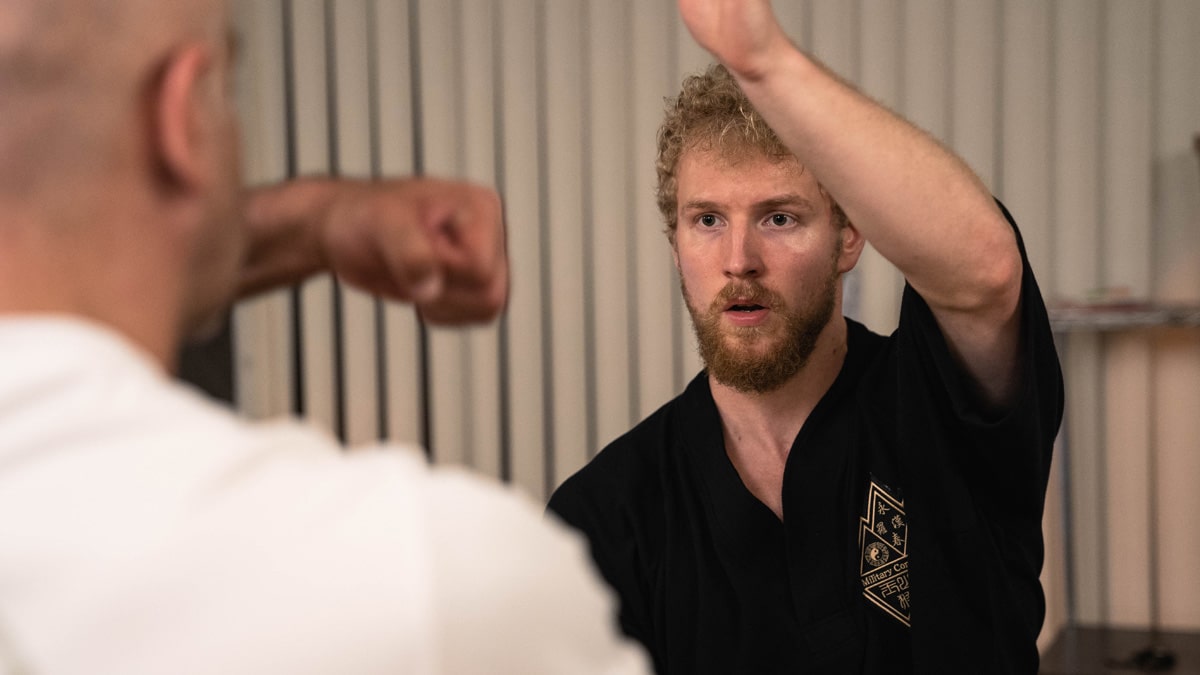 The purpose of these methods and Lohan Gong was to develop a powerful body, a relentless spirit and a fearless mind. To stand in front of a person and fight him with no fear.

Jiang Yu Shan said that used the Shiba Lohan Gong form to prepare himself for the competitions. To condition the body for fighting and prepare the mind to win.

Everyone knows that if you are a Kung Fu master or a practitioner, you can lose a lot. Not only the bout. You will lose your reputation, your name, your fame, you will lose students. This is the most important: you can lose confidence in your own ability. This Lohan Gong Form was helping me to become a strong fighter.

Lohan style is very straight forward and to the point. You get strong and become powerful so you can withstand anything. Strong defence leads to the capability to attack with full force and ability to act without hesitation.

For a long time, we have said that strength endurance and conditioning are the most essential qualities of an athlete because power means nothing if you cannot sustain it for long periods of time.

Lohan can be considered foundational and fundamental kung fu and Qigong because it focuses on the essentials that actually make the biggest difference.

The Shaolin Method to Master Fear 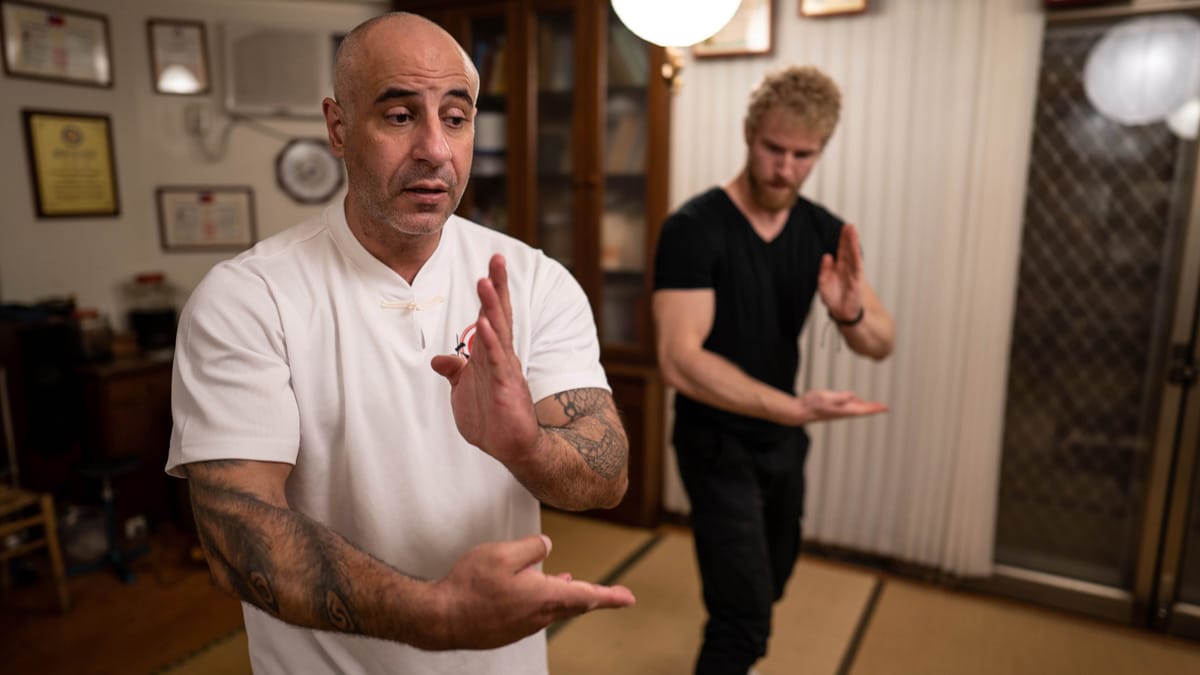 The body has to be developed and made strong so you can have complete trust and faith in your own body. Without this you will always have doubt. The second part is removing the hindrances and limitations of the mind.

Every person has fear in himself, important is how to master your fear. Chinese martial art, or especially this kind of Lohan Gong Form was helping me to master the fear.

This mindset is crucial as a fighter. To be fearless, to stand in the arena where the fight will happen. This is the most important part: to be fearless.

Mastering a hard style, an external style, will help you become stronger internally. Likewise, mastering an internal style should make you stronger externally.

Jiang Yu Shan has stated in the past that "how can you know the internal if you don't know the external?".

A person with a weak body will never have complete trust and faith in his or her body because the body is not conditioned or tested. When the body is not tested, the mind is not tested either. You cannot separate the two. Mentality and physicality are ultimately the same thing.

The grandmaster Jiang Yu Shan utilized the Lohan style to help him fight and test his ability in competitions – that’s why we have been heavily interested in Fighting Qigong as well.

We are planning to fight in MMA. Fighting Qigong is something we will utilize to prepare ourselves for the fights. We are already training the Lohan Gong Form for the sole purpose of strengthening the body and immune system. 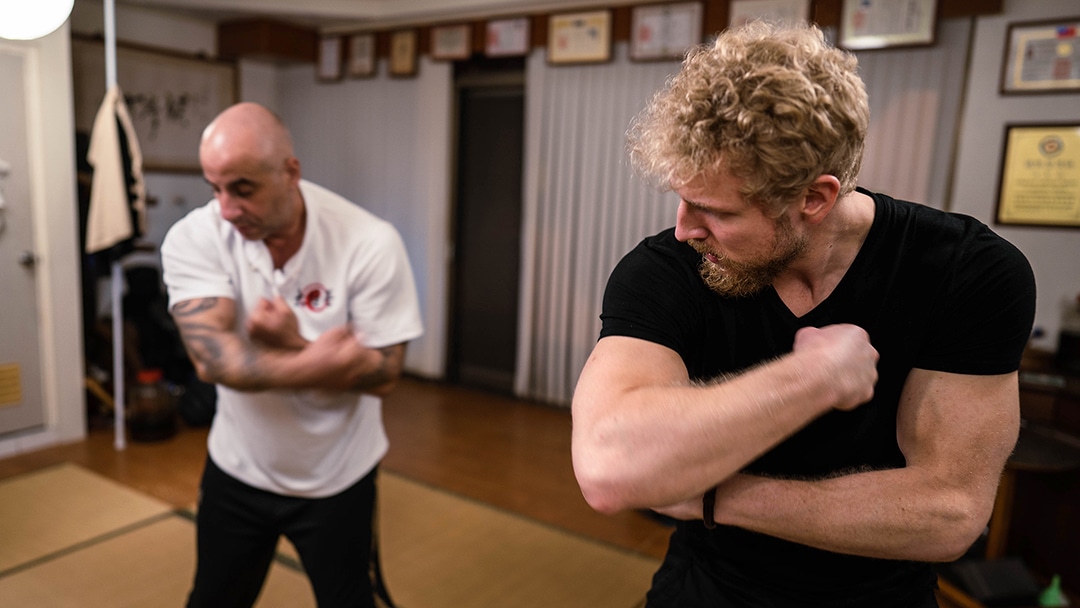 Lohan Gong Form can be tremendously helpful for all fighters and athletes when they are preparing their bodies and minds to compete. Or maybe you have a big demonstration in your job and you have to get ready. It's the same.

However, whether you want to test yourself in a competition or not, the body of a warrior and a fearless mind are something that will help you and guide you in all areas of life.

Confidence is everything in life and breeds success. And in many ways, a great part of confidence is just an absence of fear. The other part is preparedness.

One thing is for sure: when the ancient Warrior monks fought till death, they had more on the line than we have today – ultimately their lives and the safety of their families.

Learning how to master this magnitude of fear is a form of genius.