Chinese culture has a very colourful and special mythology and history that easily rivals the mythology of the ancient greeks.

One of the main characters in Chinese mythology is a warrior called Sun Wu Kong, "the monkey king".

Sun Wu Kong has a very interesting story and most of the monkey king's legend can be attributed to a 16th century novel Journey to the West (西遊記/西游记) by Wu Cheng'en.

In this novel, Sun Wu Kong finds a grandmaster who teaches him the 72 heavenly transformations and gives him a flying cloud.

The monkey king also has a staff that can expand at will and by utilizing cosmic magic, Sun Wu Kong can turn into a hundred thousand feet tall monkey beast.

Eventually, he angers the gods and everything turns into a battle. Sun Wu Kong seeks immortality and Buddhahood and finally becomes god-like.

Does this sound familiar? 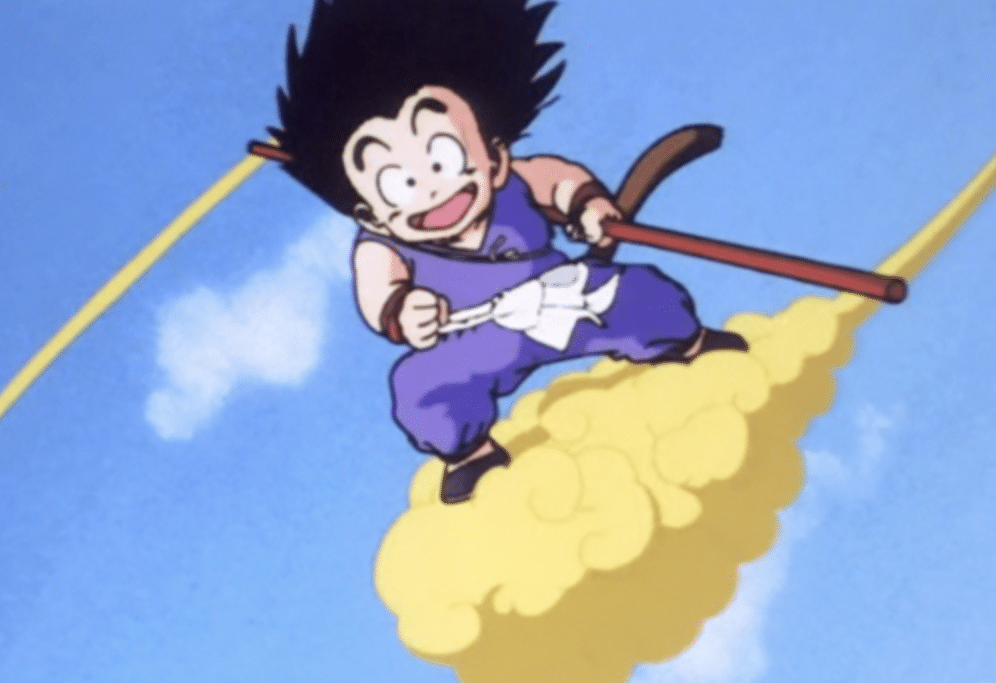 This is pretty much the same story as in one of the most popular Japanese mangas/animes ever produced: Dragon Ball.

Sun Wu Kong even has a pig friend similar to Son Goku in Dragon Ball. It has turned out that the author of Dragon Ball, Akira Toriyama was heavily inspired by the Monkey King story and basically copied a lot of the story line.

The similarities are undebatable: Son Goku similar to Sun Wu Kong has a flying cloud, an extendable staff, turns into a massive monkey monster and eventually becomes powerful enough to rival actual Gods.

Luckily, the copyright ownership has already expired in the last 400 years.

How is This Related to Monkey Kung Fu? 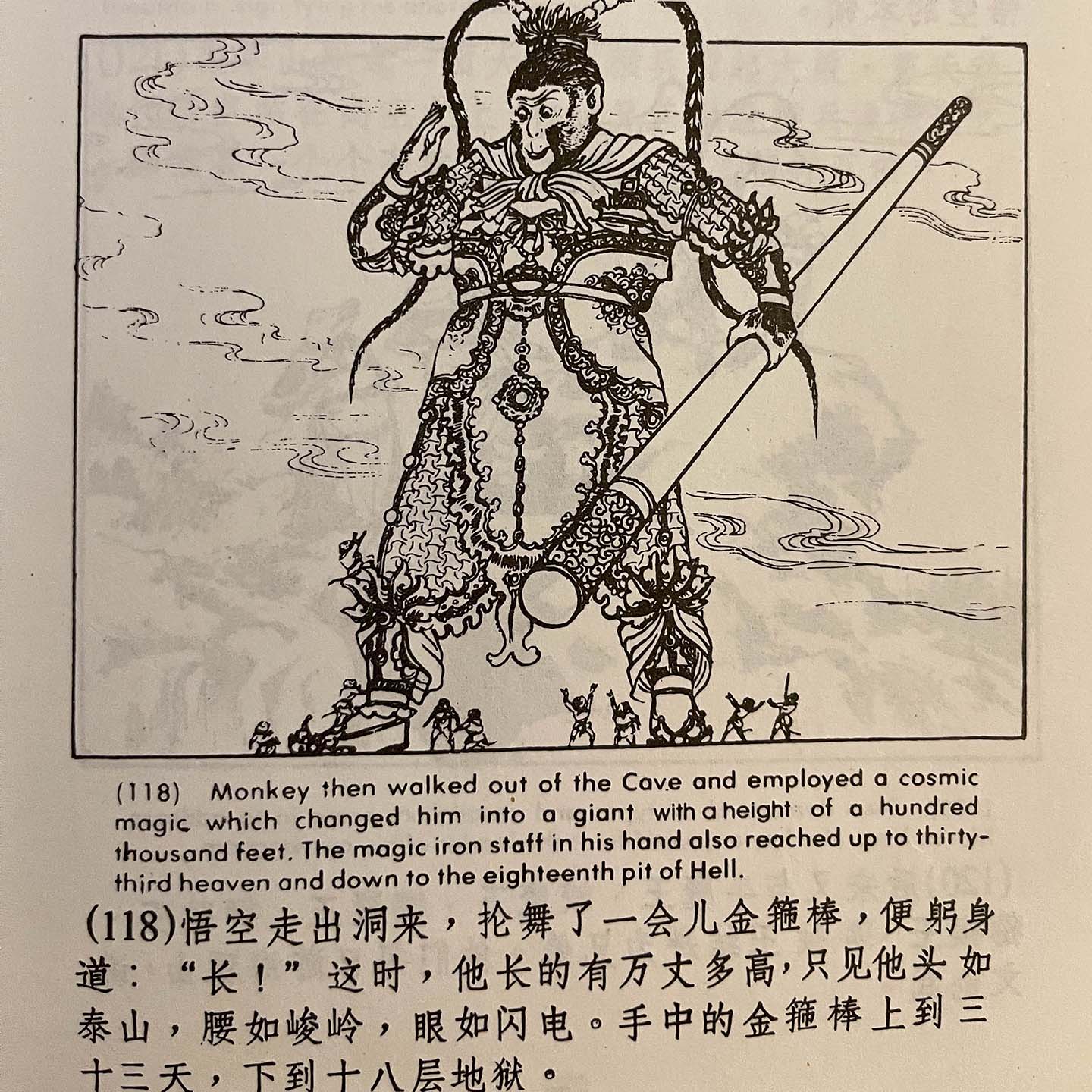 According to the legends, the Da Sheng Men style of Monkey Kung Fu was created by Sun Wu Kong and it's actually "Monkey King style Kung Fu".

In Chinese history and mythology, different monkey gods play a major role and Sun Wu Kong is one of the many. For example, White Monkey legends were already part of Chinese Chu Kingdom back in 700-223 BC.

Obviously, it's very unlikely these mythological creatures actually created the styles of Kung Fu - it's more likely that the local masters just attributed their styles to different Gods and legends out of respect and due to the fitting nature of the styles.

For example, a proper Monkey Kung Fu consists of many different styles of fighting: the ground monkey, flying monkey, low monkey and wood monkey just to name a few.

Although grandmaster Jiang Yu Shan is the inheritor of the Hou Quan Men style of Kung Fu which means "The Monkey Fist Door", the Monkey King Kung Fu is only one part of Hou Quan Men.

Grandmaster Jiang Yu Shan has learned many styles of Monkey Kung Fu and they are all part of Hou Quan Men.

If you take a look at Internal & External Kung Fu course at WarriorNeigong.com, the grandmaster's teachings are a mix of different Monkey styles. It has Hanuman Boxing, Monkey Xinyi Ba and Monkey Kung Fu.

What is interesting is that these styles of Kung Fu not only contain fighting techniques but also many other methods of developing and taking care of the body.

Hardening and herbal medicine is also there. Monkey styles also have their own methods of Qigong for strengthening the body and mind.

We would consider Monkey Fist Door 24 Warrior Set the most beautiful and impressive display of Qigong to date which very few have had the chance to witness. 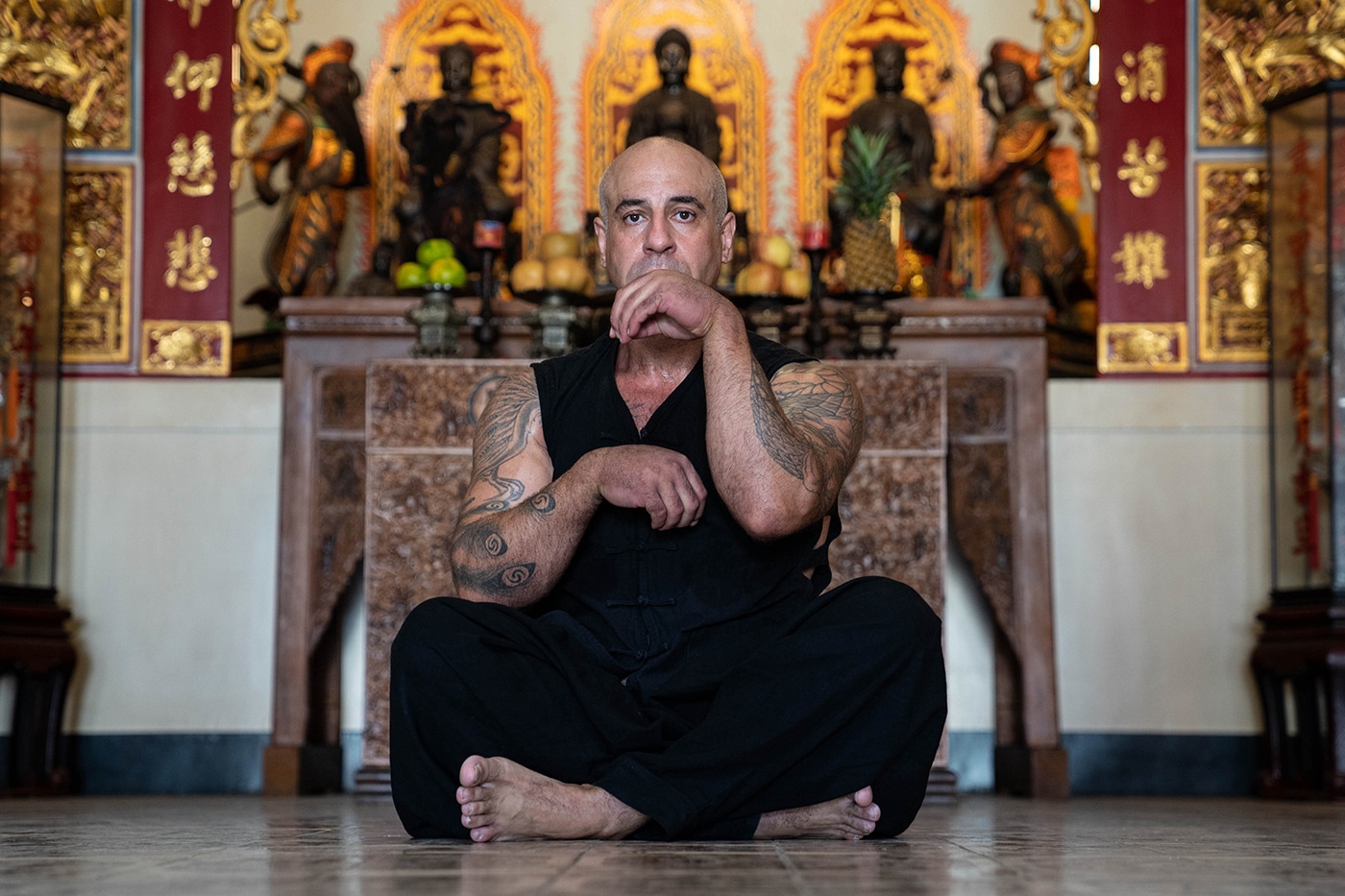 The reality is that very little of proper Monkey Kung Fu has been shown online. Most schools are extremely secretive and do not allow sharing any video material outside of the classes.

Moreover, a lot of the Monkey Kung Fu you will find is Beijing Opera Wushu - it's not the real practical styles that were designed for actual fighting. And like I mentioned above, there exist many different styles of Monkey Kung Fu anyway.

Monkey Kung Fu as a martial art is actually a lot more versatile and depthful than people think. People see one short clip of the real thing and think they know everything when in reality they have seen only a small percentage of one aspect of the style.

We were fortunate to export real Monkey Kung Fu and Monkey style Qigong from a small town of Tainan taught by a real grandmaster of the art.

The knowledge that is now available is inside Internal & External Kung Fu and Monkey Fist 24 Warrior Set courses.