The Hypocrisy and Degeneration of Chinese Kung Fu & Qigong

Grandmaster Jiang Yu Shan explaining the widely spread hypocrisy of Chinese Kung Fu and Qigong across the world. Let's fight against the degeneration of this ancient art!

Considering how much you have seen grandmaster Jiang Yu Shan do, did you know that prior to 2019 barely anyone in the West knew him?

Even we couldn’t anticipate how much he knew and understood about the human body and martial ability.

You see, we originally reached out to him to learn some hardening skill for MMA. We knew about him but only that he was a “monkey kung fu master” and that he had some of the hardest fists in the world.

During the first trip, we asked to learn Qigong and harden bone skill from the master. In our first training session, I started with several exotic and foreign holds from The Grand Circle.

I was doing The Grand Circle for extensive periods straight with no rest between. My whole body was shaking and sweat droplets were falling on the floor.

Grandmaster Jiang Yu Shan was walking around his atmospheric home dojo and fixing my posture from time to time.

Meanwhile, Eero was doing some old school harden bone skill a few feet away according to the Internal & External Kung Fu course.

I was facing away from Eero but I could hear this consistent and frequent hitting on the thick pillar of wood you have seen Eero carrying in some of our pictures. 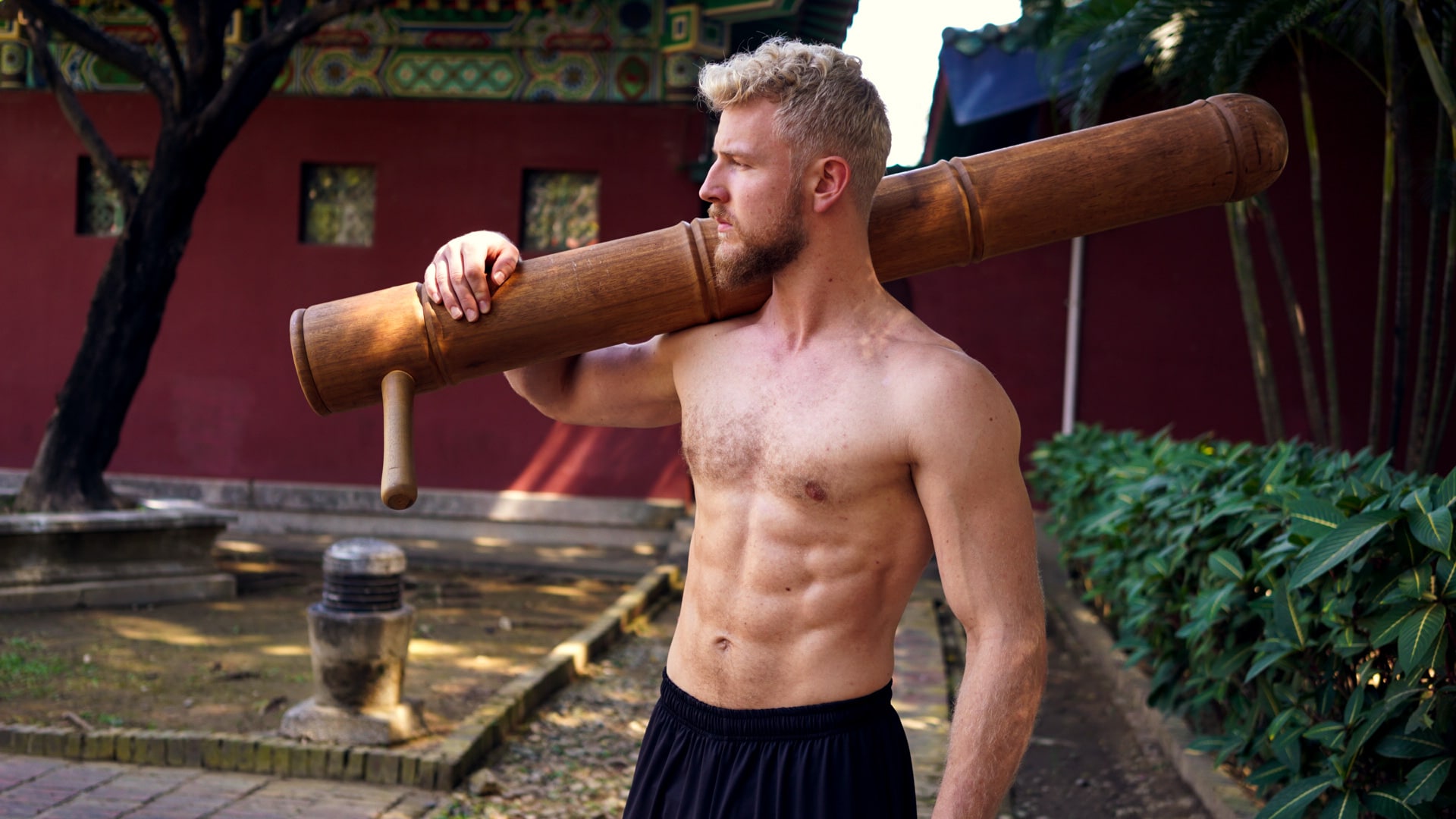 “Imagine like you are holding woman’s breasts from behind, that’s the correct form”, said grandmaster Jiang Yu Shan.

That maybe wouldn’t have been an appropriate tip in a formal setting but between us 3 men it seemed fitting. You can call it “locker room talk” if you wish. You never forget cues like that.

At this point I think I had been holding The Grand Circle for 45 minutes straight. I had never done anything like this in my whole life and didn’t even know this was physically possible. Only in ancient Qigong we had come across anything like this.

“The hips need to be soft. Go more down.”, said Jiang Yu Shan.

I could feel deep tingling sensations in my hips. My shoulders and hands were burning like I had coil on them.

Around this time I could hear noises coming out from Eero. Apparently hitting the wooden pole for 45 minutes straight for hundreds of times does wonders to your body as well.

Eero’s forearms were all red and bruised from hitting the pole. However, it seemed like the physical pain had accumulated into a mental breakthrough or breakdown of some sort. He had reached some sort of new limit or level depending how you want to see it.

Energy started unleashing from Eero and he couldn’t control it. All this tension we carry in our lives and bodies started to come out.

All this time while we had been practicing these ancient and hidden techniques I could feel the electricity and tension in the air but now after reaching this point… it felt like the whole place relaxed and calmed down.

It was like a serene lake after a storm. Pure peacefulness and tranquility. All these negative and raging emotions we hold inside of us disappeared.

Anger, frustration, fear and anxiety… all gone in an instant. Something managed to break free from the shackles and cages we had built for ourselves. Limitations and ghosts that weren't real in the first place were.... just gone.

Like Eero, grandmaster Jiang Yu Shan receives countless messages of people wanting to meet him and train with him. There is no time or energy for everyone especially without paying an extremely high fee.

At the moment, the best way to learn and connect with the master and get coaching from him is to join the private Inner Door Prospects group that is part of the courses at WarriorNeigong.com.