Taking a look at Conor McGregor's strength training over the years and how it has become detrimental to his performance inside the octagon.

Interestingly, we made a "Conor McGregor Inspired Workout Routine" back in 2015 when Conor McGregor (one of the highest paid athletes and an MMA fighter) was on his way up.

Back then, Conor McGregor was brilliant. He performed inside the octagon better than almost anyone knocking out Jose Aldo in just 13 seconds and masterfully outmaneuvering and outclassing Eddie Alvarez.

He talked about everyone in the Lightweight division being "stuck in the mud" and how "precision beats power and timing beats speed."

His supplementary training was also on another level. He actually cared about how the body moved and did lots of good forms of training to enhance the performance in his sport.

Now? Conor McGregor has barely won fights in the past 5 years since Obama was a president. He is getting bigger and stiffer and has turned away from the methods that made him so great.

When his training used to be very versatile and athletic, now Conor McGregor's strength training focuses on heavy lifts, back squats and simplistic forms of human movement.

There are many problems training this way:

Conor McGregor used to be fearless. Now it seems to be that everything in his life is run by the ego. He does ego training so he can look more impressive on Instagram but perform worse inside the octagon.

Personally, I think his past losses to Nate Diaz and Floyd Mayweather killed a part of his old brilliant self.

In combat sports, a lot of fighters are never the same after suffering bad losses especially if they have been finished. PTSD is likely an overlooked part of the fight game.

So what does proper strength training actually look like?

Here are two forms of strength training you should do. 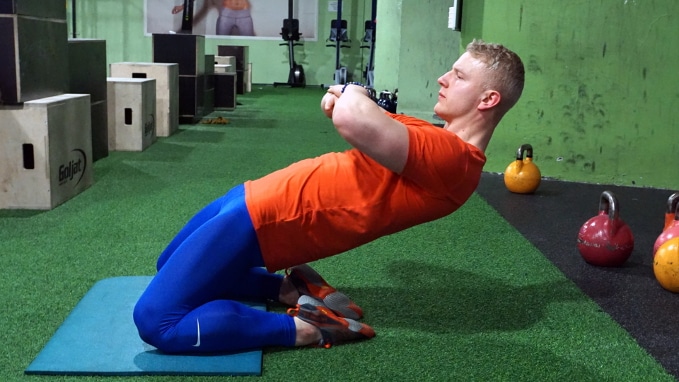 This training should be first and foremost therapeutic - training that strengthens the body as a whole, reduces the chance of injury and improves the entire body system from hormones to tendon strength.

Optimally, this training should also be adjusted to each sport and made as specific as possible (but not too specific).

For example, we consider the heavy back squat a pretty poor exercise for Universal Strength Training but for some wrestling takedowns, it has a very good transference. Likewise, performing pull ups while hanging on a Gi has very good transference to BJJ in terms of grip strength and overall pulling strength.

What is Conor McGregor's training?

It's not sport specific at all. It's not therapeutic (quite the opposite).

The final verdict? It's garbage.