The notorious plank – BASIC or is it really? Let's see how far you can take the plank and how it can reveal hidden potential in your body.

The Plank, most people that are into fitness have tried it at some point. Even many beginners often end up doing planks in their routines. After all, it's an effective exercise and fairly safe to do anywhere.

On the surface level, it looks very simple. It's our basic plank, once you can hold it for 2 minutes you've mastered it... right?

A person's level of understanding of fitness can often be seen in how they treat these “basic” exercises. How much depth do they see in them. How much are there details you can tweak.

Within the plank, there are hidden a lot of details about the body alignment and lots of possibilities regarding training it.

Contrary to popular belief there isn't one right or optimal core alignment when doing the plank.

However, it is possible to do the plank in an ineffective, unsupported and potentially harmful manner. If a person doesn't pay attention to the form of the plank, usually the lower back will be unintentionally left arched and the pelvis will be anteriorly tilted.

This can put on a lot of pressure on the lower back. This is because the abdominals are not strong enough to pull the pelvis into a neutral position or to hold it there.

This is why when I teach someone to do the plank for the first time I usually advise them to keep a flat back by tucking their pelvis a bit. This activates the glutes and abs which keeps the core from sagging down.

If this isn't possible then core and pelvis control should be practiced with other drills first. 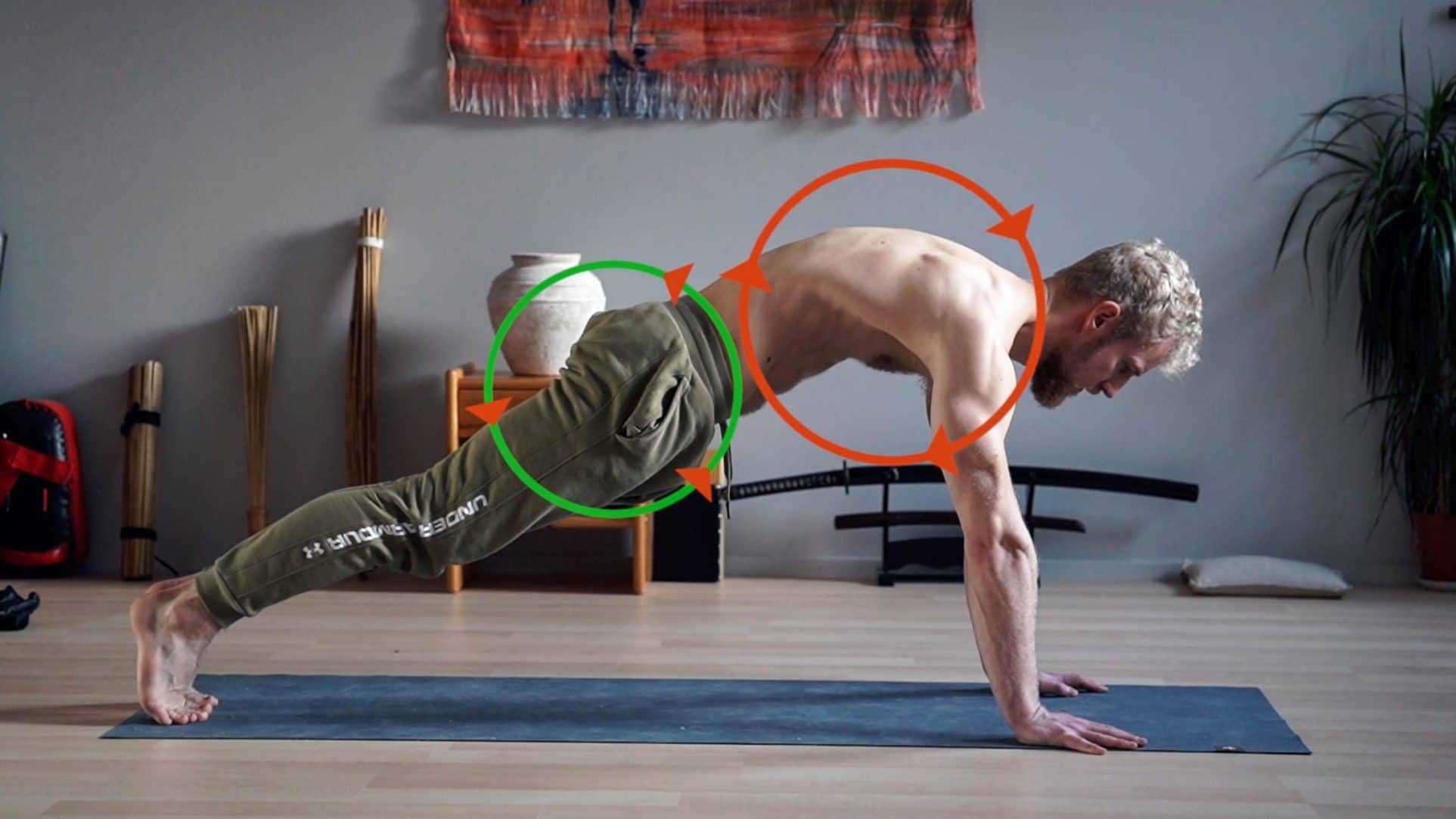 The hollow body plank where the pelvic is posteriorly tilted while the thoracic spine is flexed as much as possible.

What is recommended in some circles as the most optimal plank is no longer the flat back but a heavily rounded turtleback that's sometimes referred to as the hollow body.

The pelvis is maximally posteriorly tilted while the thoracic spine is also flexed as much as possible.

It's a great way to train the maximal compression of the abdominals and flexion mobility of the spine. But it's only one of the articulations where you can develop strength and support.

In reality, you can do a plank with many different core postures and all of them can be useful and functional. You don't always move in a turtleback posture, do you?

After you have the ability to maintain a neutral spine in the plank, you can also train the abdominal supportive strength when the back is arched. 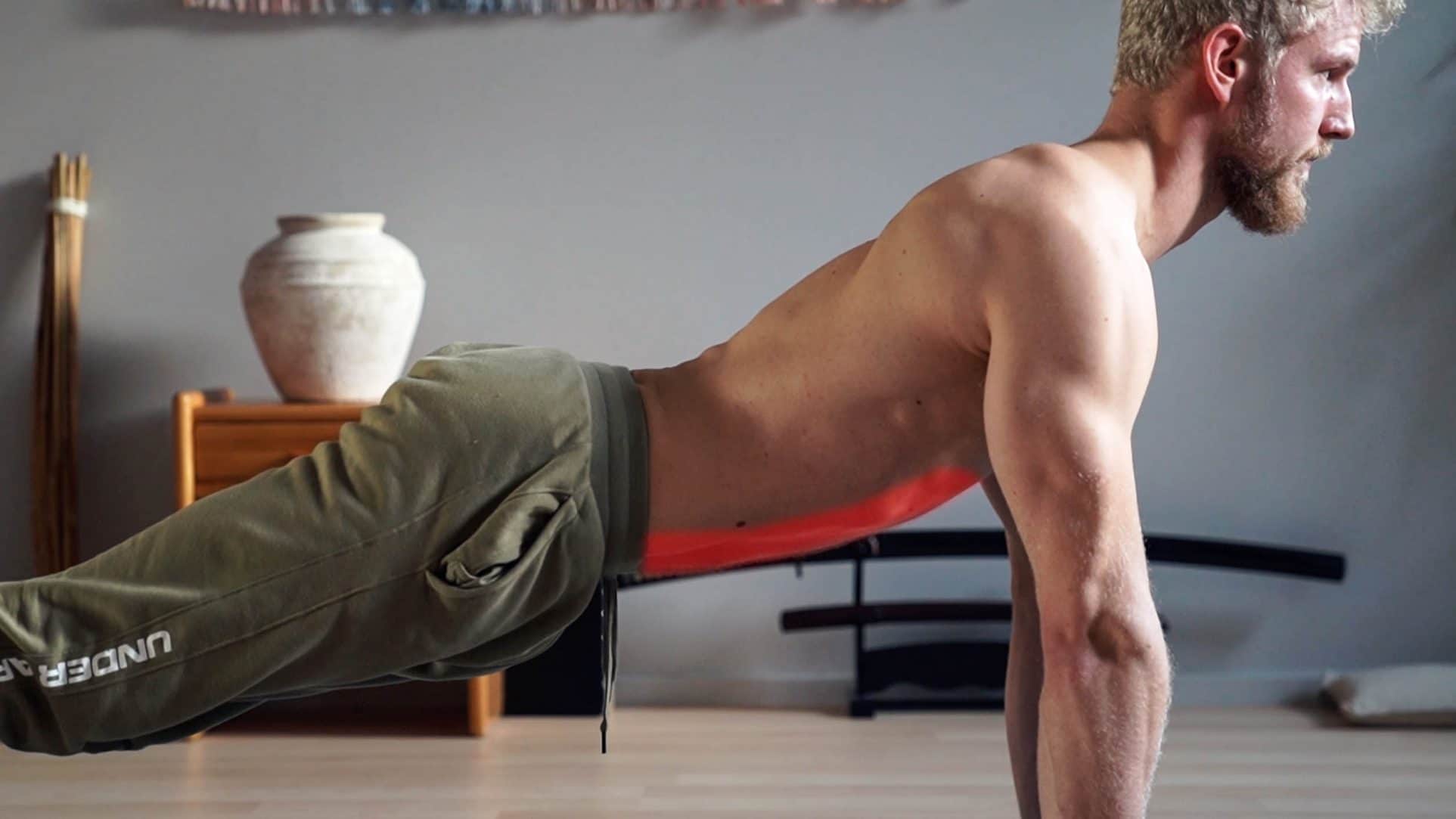 Arched back plank is fine as long as it is done correctly. In the arched plank the abdominals just contract in their stretched position.

The main point is that be aware of the patterns that you use most often and understand that there are other patterns that could be very weak and need to be addressed. Weak links such as this can potentially limit your performance.

Best results come when you cover all the different alignments and articulations and leave no weak links.

Our programs build structural strength and balance through this awareness and by not discriminating against any natural movement patterns.

Approach your body intelligently and look beyond the surface when you do exercises.

This is how you discover your hidden strength.

Expand and Upgrade your Physicality 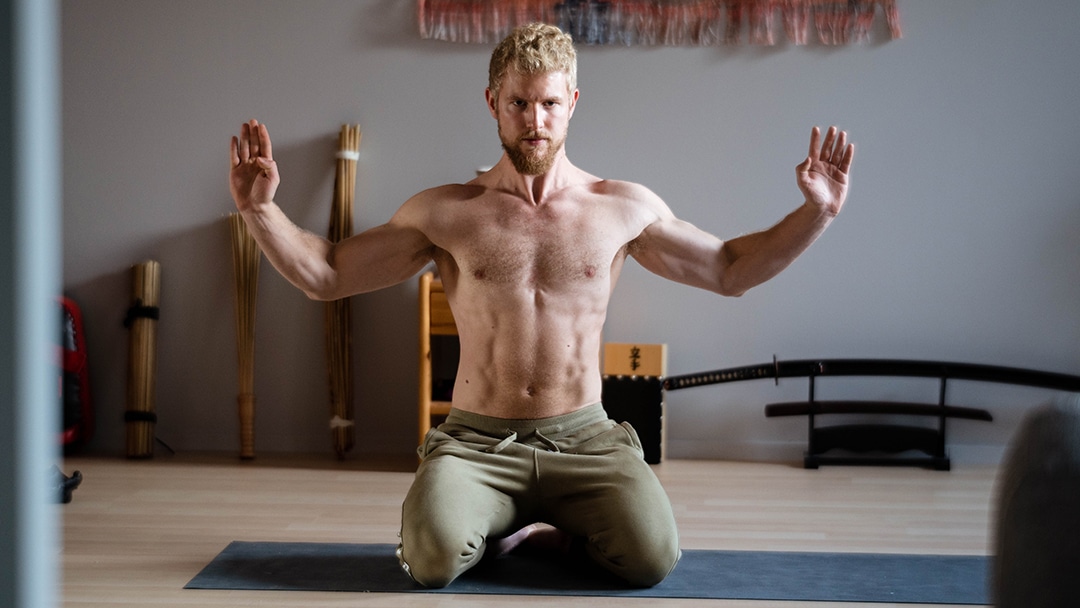 You have probably noticed that we are constantly digging deep into the subject of physicality. Interestingly, in the process of discovering physicality we have started to understand the mentality as well.

Our path started very similarly to other trainers. We learned the Western Scientific method and approached training in a similar materialistic manner focused primarily on numbers.

This was good up to a certain point but eventually it started to get more and more evident that training is more a form of art than it is a form of science. Fast forward today, we have taken lots of influence from the Eastern arts and continue to expand our understanding.

This is natural since life is fundamentally about expansion and growth. Right now, we believe we are on the brink of discovering something that has been lost in the era we are living in now.

Learning the true ancient Qigong and Kung Fu has played a significant part in this. The concept of "Qi" is almost ridiculed in the West but we are starting to understand what the ancient masters really meant when they tried to address the life force and vitality of the body.

As always, we will be sharing more soon. We are actually making our third trip to Taiwan by the end of this month. (EDIT: WarriorNeigong.com is LIVE)

Recently, we also launched Morning Routine 20XX which already contains many powerful methods we will be focusing on in the future.

Hundreds of people are already using the routines to attack their day and are improving by the day.

All of our programs will teach you how to control and master your body. You can learn the differences between our programs here.

Could you imagine being confused, uncertain, fearful, nervous or unenergetic yet still ready to take action?⁣ ⁣ Many times when I’ve had to take action towards something new, I’ve felt at least one of these mental states. But nothing made me more ready to take action than doing what I needed to do. This always brought me forward.⁣ ⁣ This is how I know you will be ready as well. Ready for the year and ready to progress in anything you set your mind to.⁣ ⁣ We created the Morning Routine 20XX to help you discover the mental and physical states where taking action becomes the norm. Go to MorningRoutine20XX.com or visit the link in bio @eerowest.

“I have no knee issues, elbow issues and any previous issues are gone. No lower back pain issues.”

How Andrew regained his mobility and health after joining Movement 20XX