How hard are you training? Finishing a Muay Thai camp in Bangkok, Thailand and learning the mysteries of this old art form and modern sport.

We just recently spent 10 days in Bangkok, Thailand and underwent a 7-day Muay Thai camp in a gym called Khongsittha.

We had two training sessions per day, in the morning and afternoon. Each session lasted for 1.5 hours and it included a gruelling warm up, pad work, bag work, technique/sparring and some conditioning exercises to finish the workout.

These workouts were brutal and exhausting because the pace was set high with very little to no rest. It was a new experience for us to train this hard for two times per day for so many consecutive days.

We also had to factor in the fact that Muay Thai was mostly new to us (although martial arts background did help) and that we had not trained outdoors in such high temperature (most days were 33'C / 92 'F) and extreme humidity before.

The warm up was intense because it often included 13 minutes of weighted jump rope which pretty much killed our calves straight from the start. In the morning, we would run around 2 miles (3 km) or less around the neighbourhood which wasn't as bad. 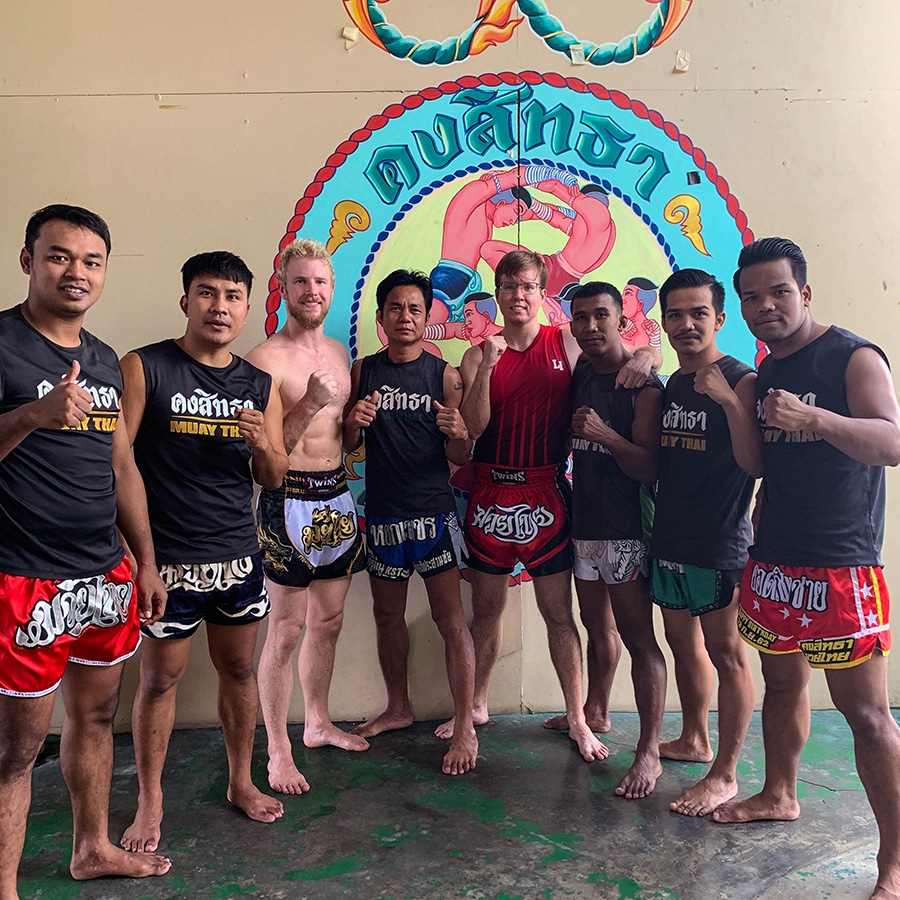 Our trainers in the Khongsittha gym, most if not all are former pro fighters.

The rest of the workout was mostly high intensity conditioning work with nonstop kicks, elbows, knees and punches.

During the "rest" periods we would do 10 push ups or 10 sit ups which started to accumulate after several days.

This camp was good enough to make you fit to fight but the funny thing is that this was still a watered-down version of how the Professional Muay Thai fighters train.

Many Thai fighters run 6 miles (10 km) every morning and do 30 minutes of weighted jump rope for a warm up in the afternoon.

And by the way, it's 30 minutes of jump rope nonstop with no rest periods. For most people, 2-3 minutes of regular jump rope start to be tough.

To reach this level takes years but it's a common practice in Thailand for all fighters even teenagers. In the West most trainers and coaches do not consider this a smart way to train.

However, it's a strong statement for how physically and mentally strong people Thai fighters are.

Dealing with Fear and Overtraining

Straight from the start we decided to go "all in" and finish every single class. Eventually, on Friday night there was no one else left except us two and 5 coaches doing the workout.

If you are a beginner, it's a good idea to pace yourself because overtraining can destroy you.

We had several guys who would skip the warm up (because it was tough) and come late. One person would stick with every workout for a couple of days and then get sick from overtraining which wasn't surprising since he didn't have any martial arts background. 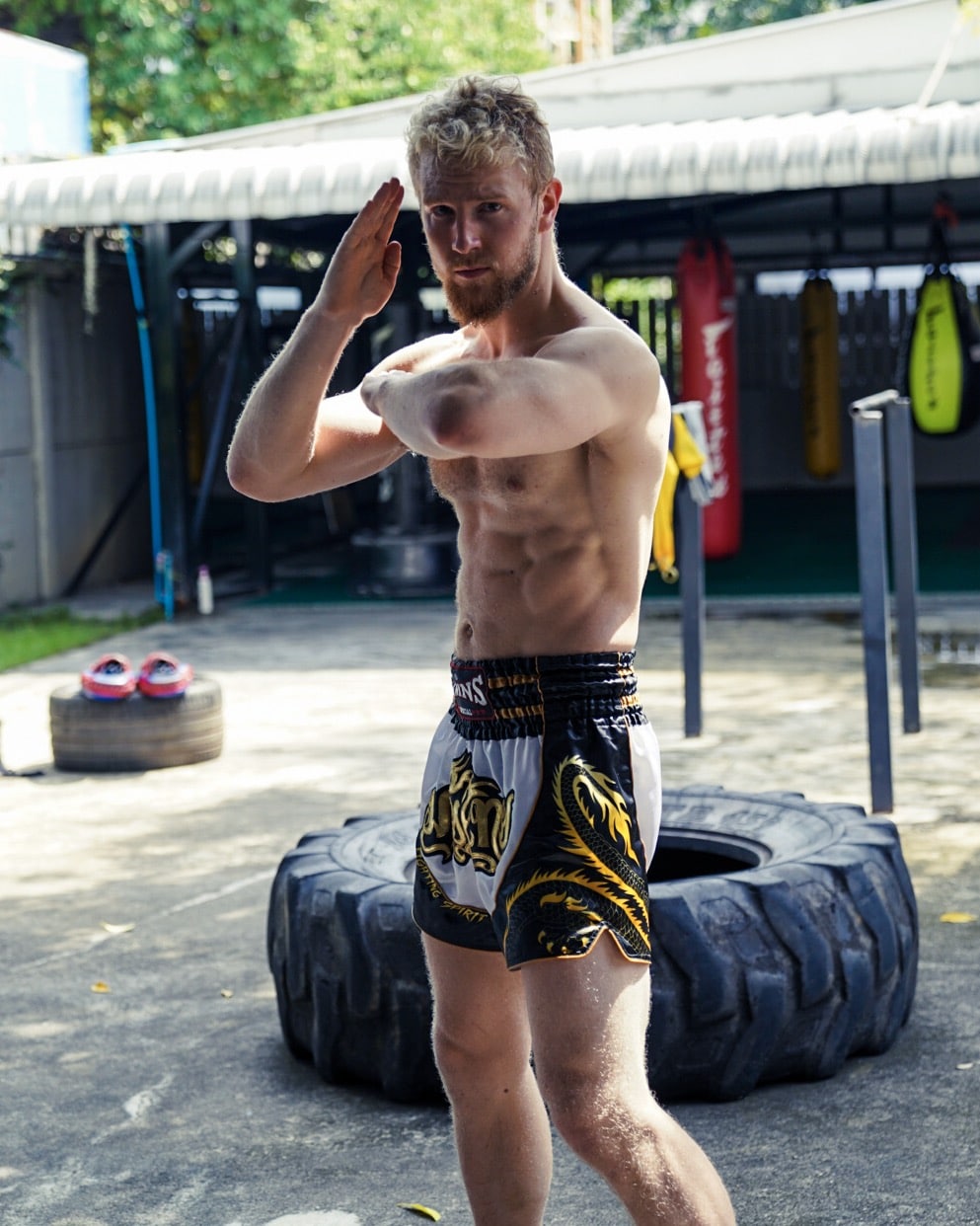 For us, this whole thing was a challenge and something to overcome which allowed us to push through. We almost fainted during a workout and also had to throw up once before a workout.

If we had done Muay Thai back at home, it probably would have been a lot easier and more comfortable experience. When you learn something new, it induces strong adaptations in your body which is hard for recovery.

The workouts got easier later mostly because we knew what to expect (all workouts followed the same structure). Dealing with the unknown is mentally taxing but once you know what is going to happen, it all becomes easier.

We also had to deal with the fear of training hard multiple times per day with severe soreness. When you try something new and haven't trained in a while, the body tends to get extremely sore with bad DOMS (delayed onset muscle soreness).

We did the workouts anyway despite experiencing severe DOMS and calves that had turned into rocks.

Thanks to the warm up we would move just fine during the workouts but once the workout was over and the soreness kicked in, we walked like an old man with a bad hip. 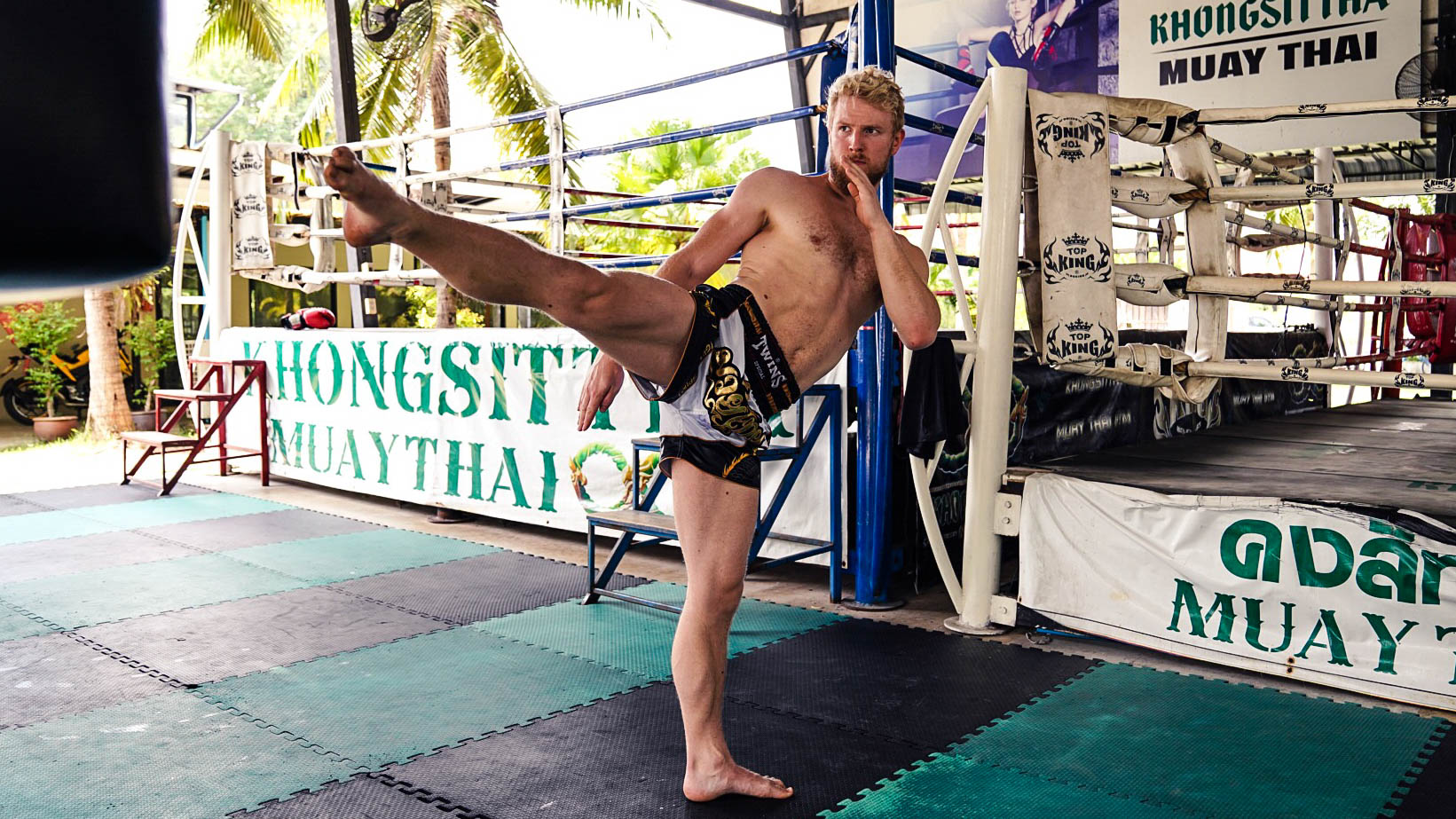 Overcoming fear was a massive benefit of the camp. We realized that we are capable of much more than we thought and that we can push through hard physical adversity (which turns into mental adversity).

Despite training hard twice per day, every day and going pretty much full power (that's how Thais train) with all kicks and punches, and doing countless push ups and sit ups every day, we experienced ZERO joint pain or discomfort during the entire camp.

This is what we are talking about when we say we are building strong, adaptive, resilient and robust physiques with our programs Movement 20XX and Athlete 20XX.

Despite training mostly conditioning in the camp, we had no problems with our cardio either. This was thanks to Warrior 20XX.

Although this Muay Thai camp was incredibly intense it was an amazing experience. It allowed us to dive deep into the Thai culture (Muay Thai is the national sport of the country and massively respected by everyone) and taught us a lot about ourselves.

Overcoming new challenges like this are some of the most rewarding and fulfilling things a person can do. It's hard in the moment but afterwards it all becomes almost euphoric.

Not everyone needs to do this, in fact very few people in the world need to train this hard and it's not actually a good long term strategy (training this hard will cause severe wear and tear over the years).

Moreover, you may not even be interested in Muay Thai. However, you can still take away many good lessons from our experience: the fact that people are capable of way more than they think, fear is rarely correct and that there is real joy in trying out something new.

This is what we want to help people with. We want our training to give you both physical and mental strength to succeed outside the workouts. To improve your quality of life and allow you to become limitless in your physical pursuits.

Moreover, you will have the potential to get really good at it as well because you've done training that has the best carryover to your universal physical capability, posture and health.

Just 5 years ago we had severe imbalances in our body and several joint problems (due to the bad training done years earlier). Now it's all history and we can chase all of our dreams without holding back.

We wish you the same.

How To: Offset Overhead Side Bend