Teaching Movement to an MMA Class and Grappling with Russians

Teaching movement, stability training and training methods to an MMA class in Russia. Testing our methods in harsh physical conditions.

Russia is known for their tough and gritty MMA fighters who never back down. The current Lightweight Champion is a Russian Dagestani called Khabib Nurmagomedov who literally started wrestling bears when he was a kid.

Russians focus a lot on cardio and conditioning to make sure their bodies never fail them. They take their opponents to deep waters and suffocate them with a lack of oxygen.

Then they maul them until their hands are raised in the end. Sounds brutal? Well, that is the nature of the fastest growing sport in the world, MMA, where the different nationalities test their grit, skills and creativity.

This is why we wanted to move to Russia and train MMA with the local warriors. And we did make it happen this year.

Teaching an MMA class in Russia 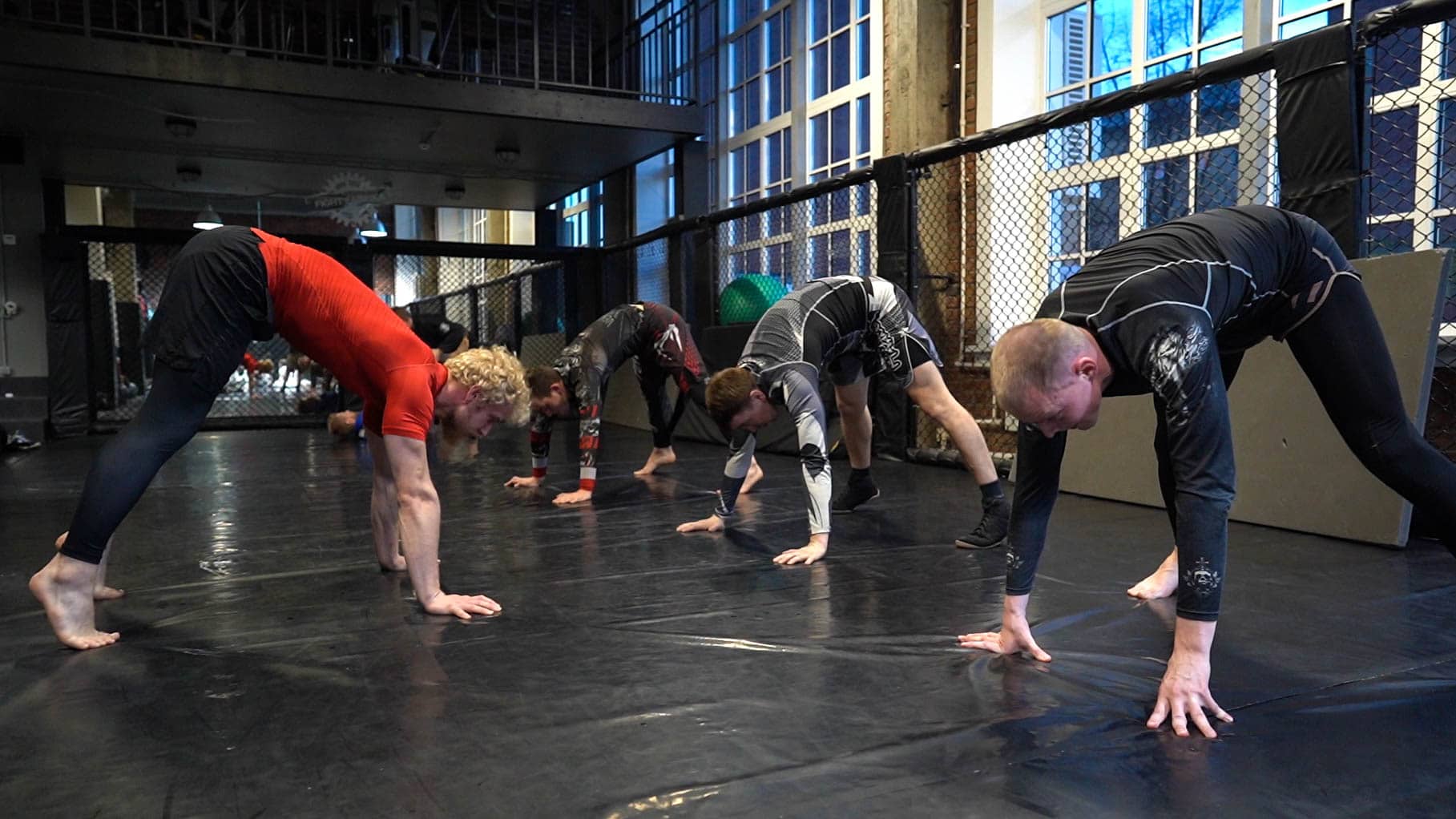 In the warm up, we go through a wide variety of different exercises to not only warm up the body but to also develop various qualities in the physique.

If you are not aware of our training methods and programs, you can see a great breakdown here (3 essential areas to master).

Athlete 20XX is a type of training where you will learn to control every individual joint with the utmost precision. This happens by learning how to stabilize the rest of the body while moving the targeted joints.

Although in a perfect world everyone should have naturally functioning joints, almost no one has such joints in this day and age. We mean joints that have their full range of motion and are strong in every segment of the range.

Another thing to master is the act of stabilizing the body. This is extremely rare, yet one of the most essential qualities of athleticism. This will bulletproof the joints (makes the body less prone to injuries) and increase speed, strength and power.

For example, whether you run on the field, box or play tennis, certain parts of the body has to stabilize while other parts are moving. In boxing, the hips and core keep a good posture while your legs move the body in space and your arms do the punching.

We intentionally develop all these qualities and possibilities to a high level which can change everything in how your body functions and performs.

The other part of the training, Movement 20XX,  on the other hand consists of big full body movements. You are using the body as a whole and you will learn to coordinate, move and control the body.

Movement 20XX consists of simple movements like bear walks which are surprisingly challenging for most people and require a lot of coordination. Eventually the movements evolve into intense and difficult lizard crawls and other multi-dimensional movements.

We believe this combination is necessary. A lot of people do movement training but their athletic training is nonexistent or very basic. Some people do strict and methodological training but never learn to move the body like an artist or a dancer.

There should be a balance between the soft and hard, yin and yang. 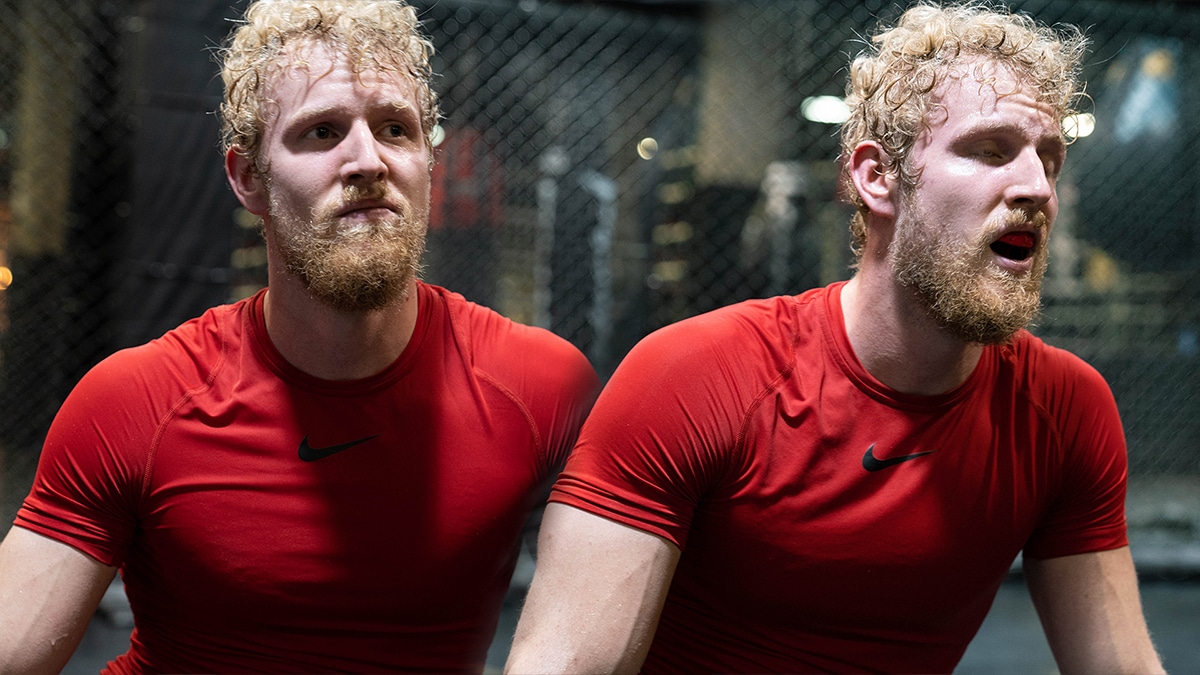 MMA is one of the hardest sports out there where intense cardio and endurance is combined with strength, power, agility and flexibility.

Not only that, the sport demands creativity, spatial awareness and a high level of coordination in many skills.

The hardest part of training and competing? It has to be conditioning and cardio.

In almost all the other sports, it's you vs. you. It's ultimately up to you how hard you are going to push. No one is truly pushing your pace and punishing you for slacking off.

In combat sports it's different. If you take gas off the pedal, the consequences will be grim. Just because you decided to take time off, it doesn't mean your opponent agrees with your decision.

Ultimately, this ability to push even when you are fatigued is what separates the champions from the rest. It's the unwillingness to give in.

When we first started training MMA, we realized how meaningless mere strength and power were if you couldn't sustain them.

In fact, that is the state of a lot of people who do strength training. They may have strength and power but it's limited to a tiny window when they are fresh. Once they get even a little bit fatigued, they lose all of their power.

This is why Warrior 20XX was born. It was created to mimic the hard physical conditions of fighting or wrestling.

Former UFC Champions have used the same workout format. Warrior 20XX has our own unique twist to the movements and exercises which supercharges the results.

In Warrior 20XX, it's no longer you vs. you. You need to do your best to follow the follow-along workouts and keep pushing even when you get tired.

Developing strength endurance doesn't just lead to impressive benefits in fat loss and cardio but it also builds dense muscle all over the body. Most importantly, it will make you mentally tough and give a new sense of confidence.

Applying our Methods in Real Conditions with Dire Physical Consequences

For us, MMA is an arena where we can truly express ourselves and test the competence of our training methods.

A big mistake a lot of coaches and teachers make is that they never test their training methods in a real environment. How can such methods be trusted?

For example, powerlifters think they are universally strong and capable because they can squat twice or even three times their bodyweight. The problem is that they never test their capabilities outside their chosen sport.

Exactly the same thing happens in the martial arts world. Most traditional martial artists have never fought or competed, yet they think their skills and methods are valid.

That's why we have a lot of respect for Jiang Yu Shan. He is one of the FEW kung fu masters in the entire world who has ever had the guts to test his methods and skills in fighting competitions.

We have also tried a lot of different things over the years. Many different dances and martial arts such as breakdance, contemporary dance, ballet, ballroom dance, capoeira, kung fu and so on. Now we run, swim, box, wrestle, grapple and even do fencing.

Many years ago our channel had more emphasis on bar workouts and heavy lifting but there is a reason why we moved away from this type of training.

The transference to universal athleticism simply wasn't there and the training styles came with a host of different problems (unnecessary wear and tear).

Eventually, we moved more and more towards practices such as Qigong – not because we had a preference for this style of training but simply because it had exactly what we needed to evolve.

With the process of starting to understand the human body, performance and training on a deeper level, and wanting to go deeper, Qigong was the only thing left. Even today, we consider Qigong one of the highest level training methods ever invented.

Qigong is not perfect though and rather it has a very specific purpose. You still need to work on the basics and develop the body with other traditional methods. That is to say, if you are looking for complete performance.

We know our methods work because we have gone the extra mile to experiment what physical qualities the body requires for optimal performance in different conditions and environments.

MMA is the ultimate test with dire physical consequences. Just like Jiang Yu Shan was prepared to put his health on the line to test the competency of his kung fu, we are ready to do the same.