Whether your goal is functional strength, movement or general fitness, working specifically on the shoulders can have massive benefits.

Reason why this has to be said is because many people in the functional training, strength & conditioning and movement scenes dismiss the value of basic exercises like these because they are considered to be only "for the bodybuilders".

Weak links have to be targeted and many times the isolation exercises are not just the best way to do it but often the only viable option.

This workout will target all three heads of the shoulders and as a result ensure that your shoulders become strong, healthy and functional.

Take 1-2 minutes of rest between sets. All demonstrations of the exercises can be seen in the video. 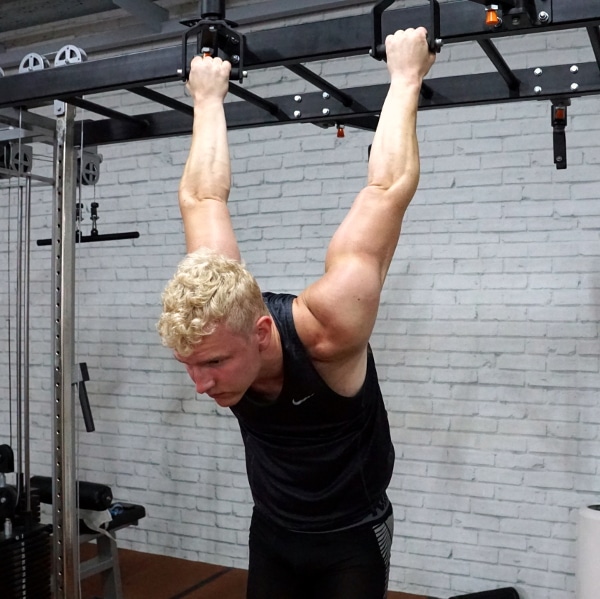 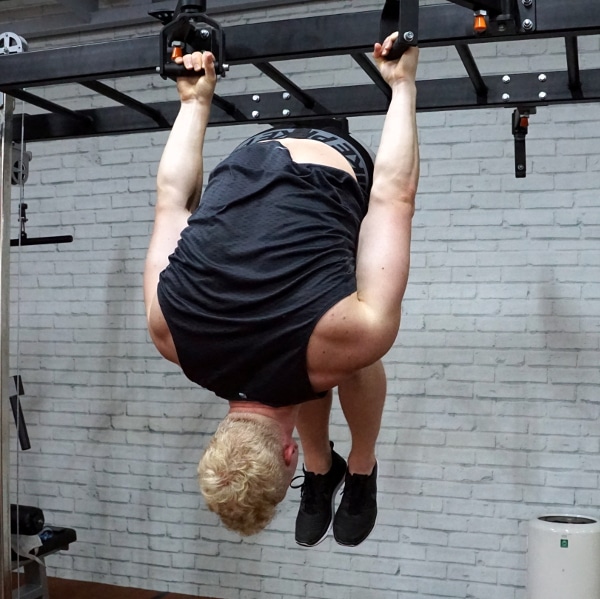 Lift your legs over your body until you are upside down. Then lower yourself down until you feel a nice stretch in the shoulder and chest muscles. Then pull yourself back up to the inverted position.

German hang pull is basically the other half of the skin the c﻿﻿a﻿﻿t exercise﻿.

You can do the German hang pull on gymnastic rings, on a bar or on special handles. Rings will allow your shoulders to rotate freely which is excellent mobility work for the shoulders.

Supinated grip will stretch and strengthen the forearms and also work more the chest than the pronated grip (which is often the more comfortable grip). 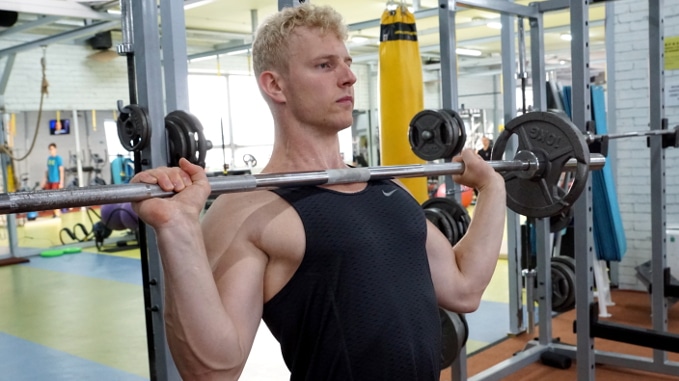 Take a bit wider than shoulder width grip of the bar and do the repetitions in a controlled smooth fashion without using momentum or twerking motions.

All variations of the barbell press will work your lateral and anterior deltoids, triceps, traps and the upper chest.

Back press will primarily target the lateral deltoids and traps. It's similar to the klokov press, but your grip isn't as wide.

Front press will hit more the anterior deltoids and the upper chest.

When you do the partial alternating front and back presses, you emphasize more the anterior and lateral deltoids because you eliminate majority of the work your triceps and traps would do (the upper half of the repetition).

Be cautious and don't overdo the partial alternating barbell press, because most people's shoulders are too tight and immobile to handle high volume or heavy weights with this one. 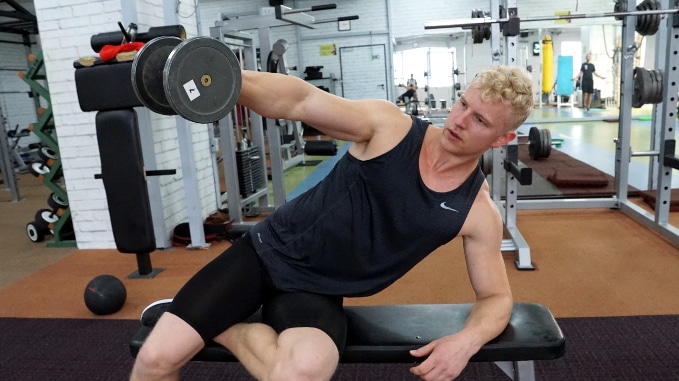 Lie on a floor or on a bench and take an overhand grip of the dumbbell. Your arm should be in a 30-40 degree angle from the side (not directed completely to the side).

With normal lateral raises people often accidentally do the movement with their scapula (traps) or with the assistance of their anterior deltoid.

Thanks to the body angle and arm position, it's very easy to isolate the lateral deltoid which is why the lying lateral raise can produce phenomenal results. 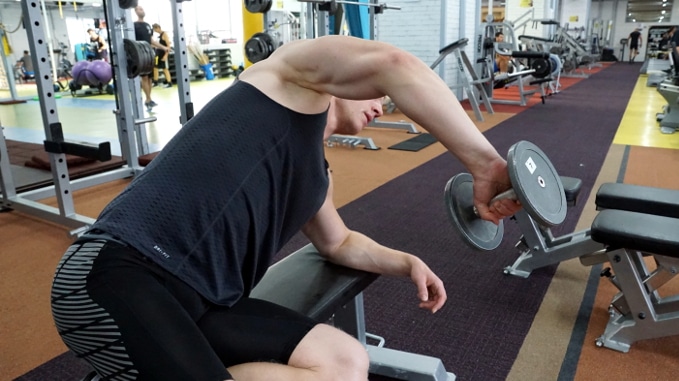 Lie on a floor or on a bench and take a grip where your elbow and pinkie finger is pointing upwards. Your elbow should be slightly bent but you should lead with your shoulder joint, not with your elbow joint.

It's very important that your elbow is pointing outwards (directly upwards) when you do the lying rear delt raise. This will take the lateral deltoid out of the equation and emphasize more the posterior deltoid.

If you have always done rear delt raises with a different grip, then I highly recommend to try this variation.

When your elbow is pointing outwards, it's called the transverse extension of the shoulder joint. When done properly, it will hit the posterior deltoid much better.

It's possible you have never properly trained the rear deltoid, because your traps or other heads of the deltoids have overpowered its function.