Grandmaster Jiang Yu Shan describes the benefits and the nature of the legendary Monkey Fist Door 24 Warrior Set. This set is both soft and hard qigong.

Hard qigong or Warrior Monk Qigong is something a lot of qigong masters are completely clueless about.

Immediately, some Western qigong masters made fun of the stance and posture due to the "locked" joints but these masters only revealed their ignorance of the completeness of qigong.

You see, especially in the West, people have only one idea of Qigong: it's soft and relaxed. But this is only the Yin part of the equation. A true Warrior Monk Qigong also exists and it's as hard as it can get. It's fierce and powerful.

It's a form of Qigong for performance, not for healing. It's a form of qigong to elevate your spirit, increase your strength and power and to raise your vitality to the levels not experienced before.

This is the form of Qigong the warrior monks practiced in history to prepare themselves for true combat - for war and duels that often ended in death. It's a serious form of training.

However, it's not just a form you practice. Any dancer can mimic the movements and make the form look pretty. The outer form is only a small part of the equation.

What matters the most is how you contract your muscles and activate your joints. Your breathe is immensely important in executing this type of qigong properly.

The legendary Monkey Fist Door 24 Warrior Set incorporates the Breath of Mental Power and other breathing techniques to make it effective.

Finally, your mindset has to change. The form and breathing techniques will influence your mind but your intention also matters. This is because Qi follows intention.

When you combine the ancient postures with the right execution, intention and deep breathing techniques, you have something special that can elevate your entire state of being.

The highest and most advanced form is the Monkey Fist Door 24 Warrior Set that the grandmaster described on the video.

The second is a more beginner-friendly form called the Lohan Gong which we cover extensively in Health & Fighting Qigong course.

Both forms are available at WarriorNeigong.com. 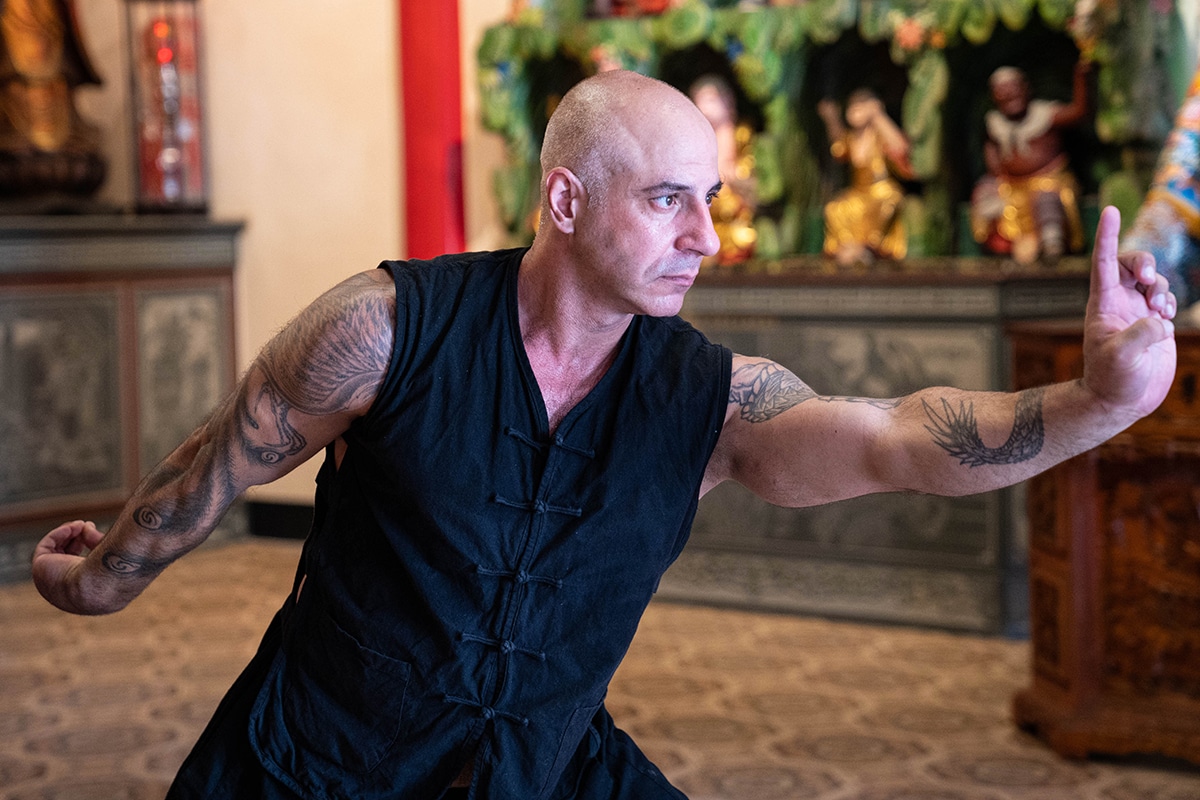