Opening the Gate of Internal and External Kung Fu

The monkey master Jiang Yu Shan shares his knowledge and wisdom of internal and external kung fu during the ghost month of Taiwan.

A new chapter in the world of Qigong and kung fu is about to begin.

In case you didn't know, we just recently spent intensive 7-weeks in Taiwan learning and filming content and new courses with the grandmaster Jiang Yu Shan.

We filmed something the master calls "the heritage of the monkey fist".

If you think you have seen what the master can do, we ensure you haven't seen anything yet. Before we attempted to export this knowledge from Tainan to the Western world, there was very little content of the master online.

The world of ancient kung fu is extremely secretive – these are priceless possessions and gifts certain lineages and families have kept hidden for centuries.

Very few know that for example the monkey fist (Hou Quan Men) is a very big system with countless techniques and forms to learn.

Yet, online you can mostly find Beijing Opera style Wushu that tries to mimic the monkey with the movements. We have seen the real deal and can assure you the real Monkey Kung Fu is nothing like this. 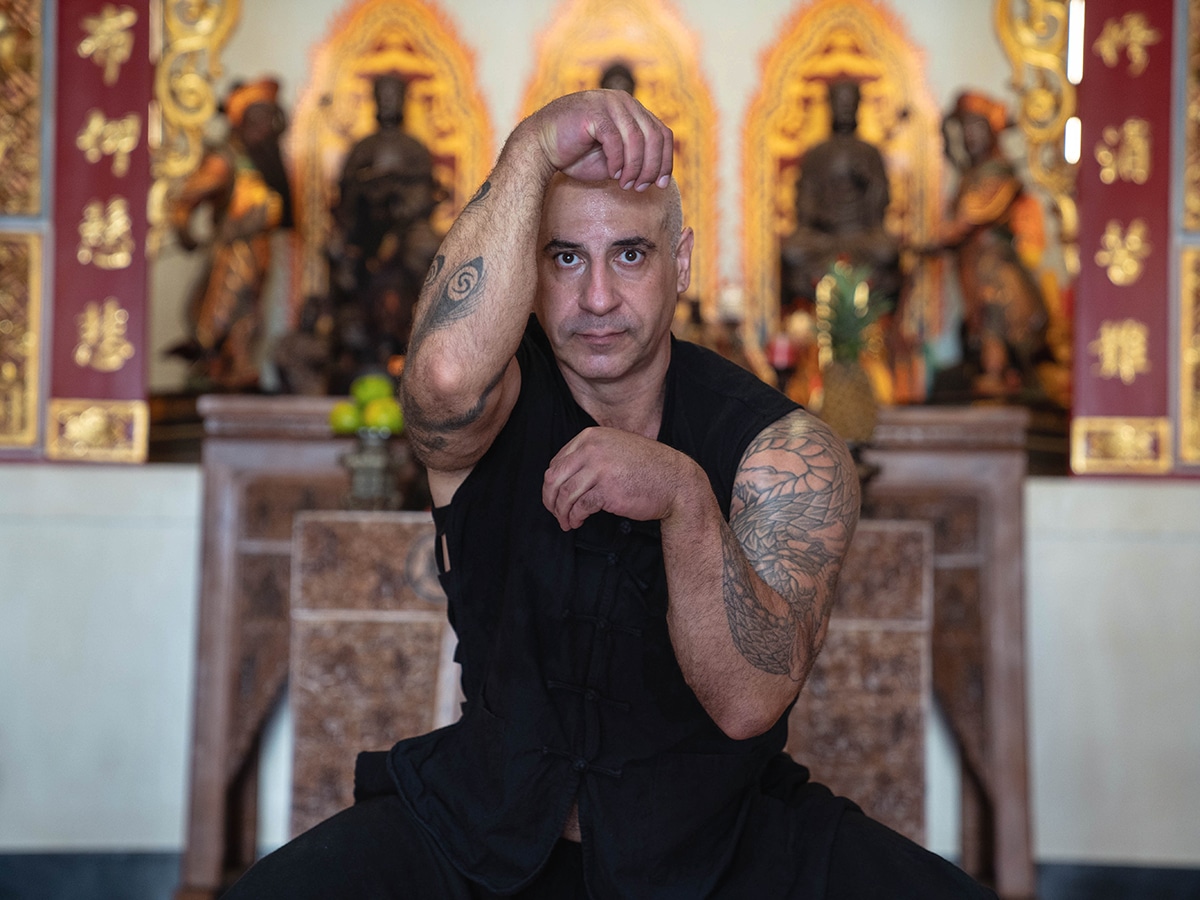 The grandmaster and inheritor of the Hou Quan Men monkey style. In the background the monkey temple of Tainan.

Very few have the real thing and those who do tend to keep it to themselves. This, however, is about to change.

We are currently working hard to produce several new courses on kung fu and Qigong. A lot of these the online world has never seen before. It will be the first time this kind of training will be available online.

The master Jiang Yu Shan said that we already made history and waves in the kung fu world by releasing the Health & Fighting Qigong course earlier this year.

The master received lots of messages from other masters and Shaolin temples across the world inquiring the master of his methods that seemed foreign to even dedicated Shaolin masters.

A few have already tried to copy the methods but those who have practiced the Lohan Gong have quickly realized that it takes a deep understanding and years of practice to reach the mastery level.

For example, over a hundred students have been practicing the Lohan Gong for months and everyone is still light years behind the master. Although everyone can start getting the results the moment they start training, a real mastery takes time.

Lohan Gong is impressive and incredible but what we are working on will be literally jaw-dropping. You will soon see bits and pieces of what we are talking about – you will see pure art in motion.

Another area we will touch on is the real internal and external kung fu by the master Jiang Yu Shan. This will be gold for everyone who is interested in the art of fighting, self-defence and kung fu in general.

What we are working on the master calls "The Gold Edition" because the courses will cover everything from basic hardening of the limbs to fighting techniques, internal power development, most advanced forms of qigong and a lot more.

Self-defence applications, acupuncture and pressure points and all the dirty tactics are also covered. For the first time ever, you will also see real Monkey Kung Fu and Monkey Qigong. 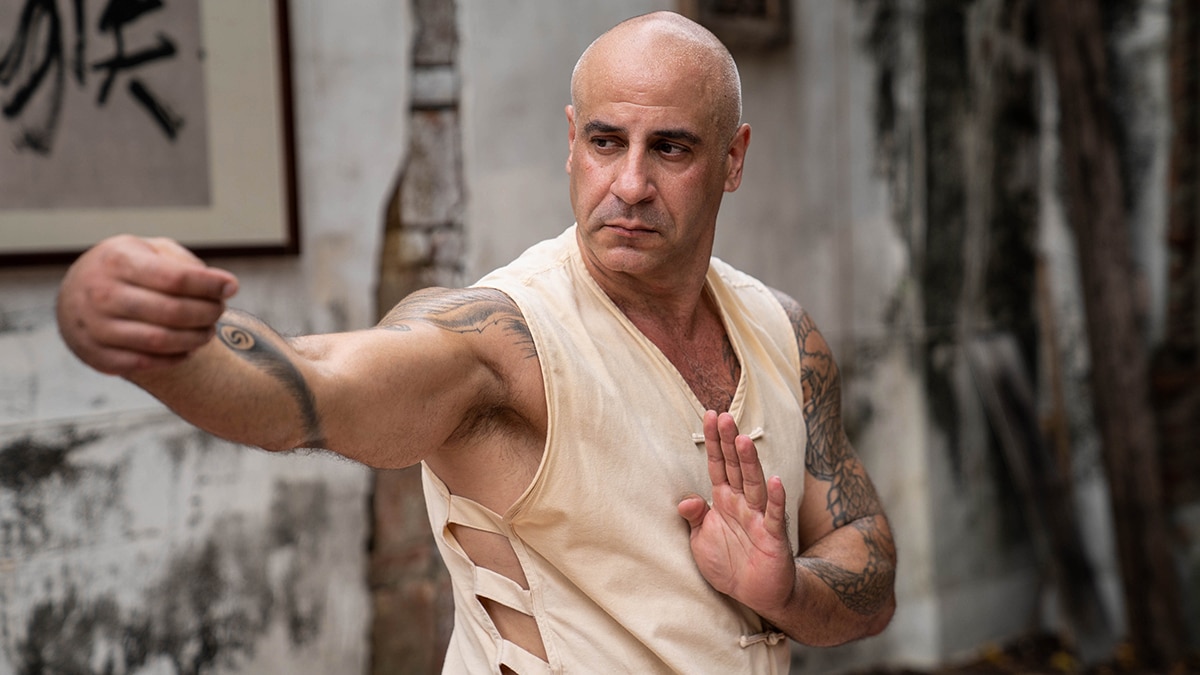 In an old interview, Jiang Yu Shan's ex-wife said that the master has only two hobbies: "martial arts and drinking tea".

It's rare to find an individual who has accumulated so much knowledge and cultivated so much understanding in the realm of health, physical fitness and fighting. The man is an encyclopedia of kung fu and has gone to great lengths to learn everything there is to it.

Although you know more about the master by now, you still know very little and have a very limited idea of what he can do. Only The Inner Door Prospects of Health & Fighting Qigong course have a more complete understanding and even that is still lacking.

These new courses and the new content we are about to release on YouTube will show what the master can actually do and how much he knows about the human body and mind.

Although Jiang Yu Shan is the inheritor of the monkey style, he is also a high level master in various other kung fu styles. Even his Tai Chi (combat style Tai Chi) is very impressive and awe-inspiring.

Like a true grandmaster, he has not only mastered the heritage that was passed to him but he has also developed the methods further thanks to this deep understanding of principles and methods of kung fu. His method is called the "Trinity System".

In Shaolin monastery and across the world, everyone is learning the standardized forms of Yi Jin Jing and Ba Duan Jin without realizing that different styles have their own interpretations and styles of all of these.

Moreover, you are really only scratching the surface and learning the superficial layers of these methods unless you find a real master who understands the methods on a deeper level.

Ultimately, it’s not the style but the lineage and the master which matter the most. These are highly developed methods of strengthening and purifying the body and mind. This cannot be just copied and spread like nothing.

What we have been most impressed with the master is that he not only has the skill (everything he does looks amazing) but he also understands the theory, principles and all the inner functions of the art.

After working with the master, it was a great honor to receive the 1. Dan blackbelt in Qigong and self-defence from him. 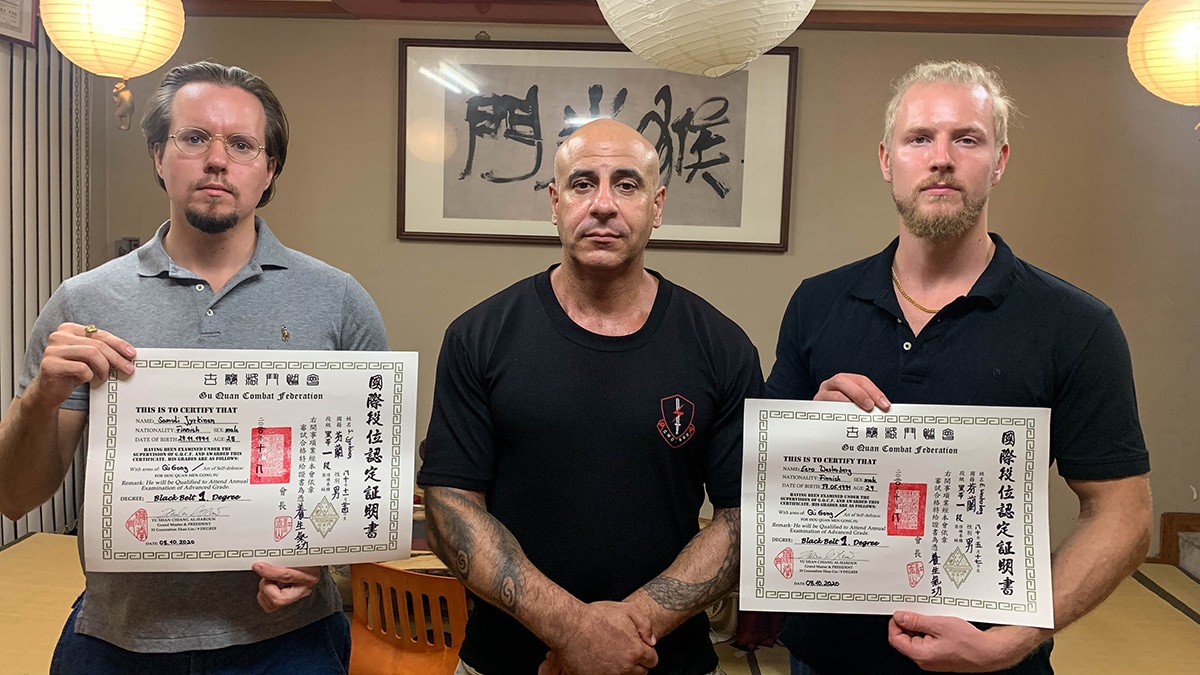 Here is the official Dan (or Duan) system in Asia (Jiang Yu Shan is 9th Dan):

We earned it partly due to our contribution to the world of kung fu but we also worked intensively with the master for 2 years and spent months training 1-on-2 with him.

Normally, the black belt takes longer and belongs to his disciples only. However, it’s reachable by anyone who wants to put in the work.

Health & Fighting Qigong course set the foundation for everything. The course teaches ancient qigong and the fundamentals such as The Breath of Mental Power 精神力量的呼吸.

Now we are about to bring forth the fundamentals of fighting but also take the qigong practice many steps further.

What we are about to bring to the world of kung fu and especially to the West will have something useful, maybe life changing, for everyone.

Stay tuned. We are working hard and will be releasing something this month.

The wait is soon over and the inner door opens once again.

You can join our email list below (zero spam) and get notified when the new videos, articles and courses are released: 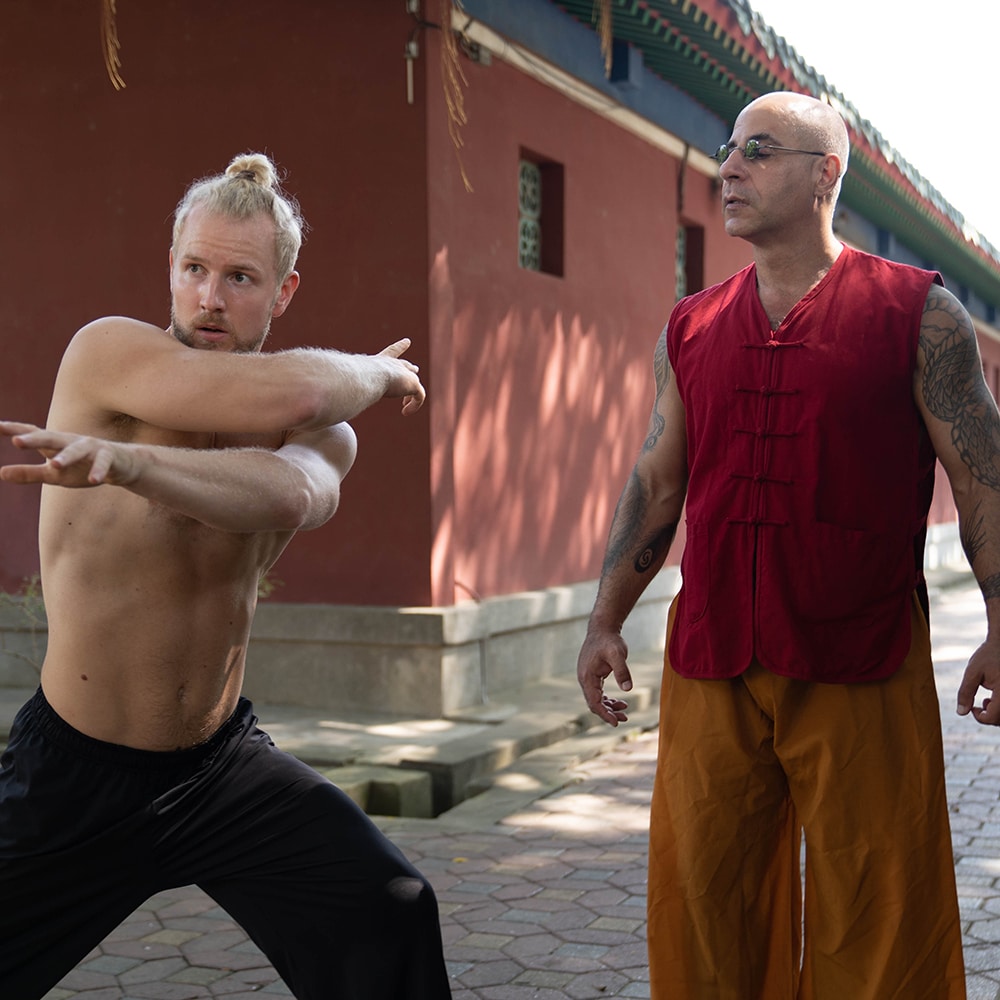