I can also provide very refined nutrition advice and diet plans based on real life results and experience.

Everything will be tailored to your needs and goals based on your health history and training background. We will maximize your potential and create the most effective plan to reach your goals.

Here's the transformation I personally went through.

I have coached clients from all over the world in all ages (youngest 17 and oldest over 70!) and all walks of life. I have had clients from Europe, USA, Middle-East, Asia and Australia.

Going from different routine to routine makes little difference if your approach and methods won't change at the same time. It really isn't so much about what you do but how you do it.

I will create you a customized training program but I will also teach you the methods and principles that make the training produce actual results.

You can expect to gain a deeper understanding of training. You will become more aware of your body and learn how to reinforce good posture and fitness in your everyday life.

Quality in your training and in your form makes the biggest difference. Most people fail to get results because of this. I've developed keen eyes for assessing the movement and performance of my clients.

The coaching happens via Skype and email and it includes weekly Skype sessions and access to me via email at any time. You will get a lot out of this coaching. 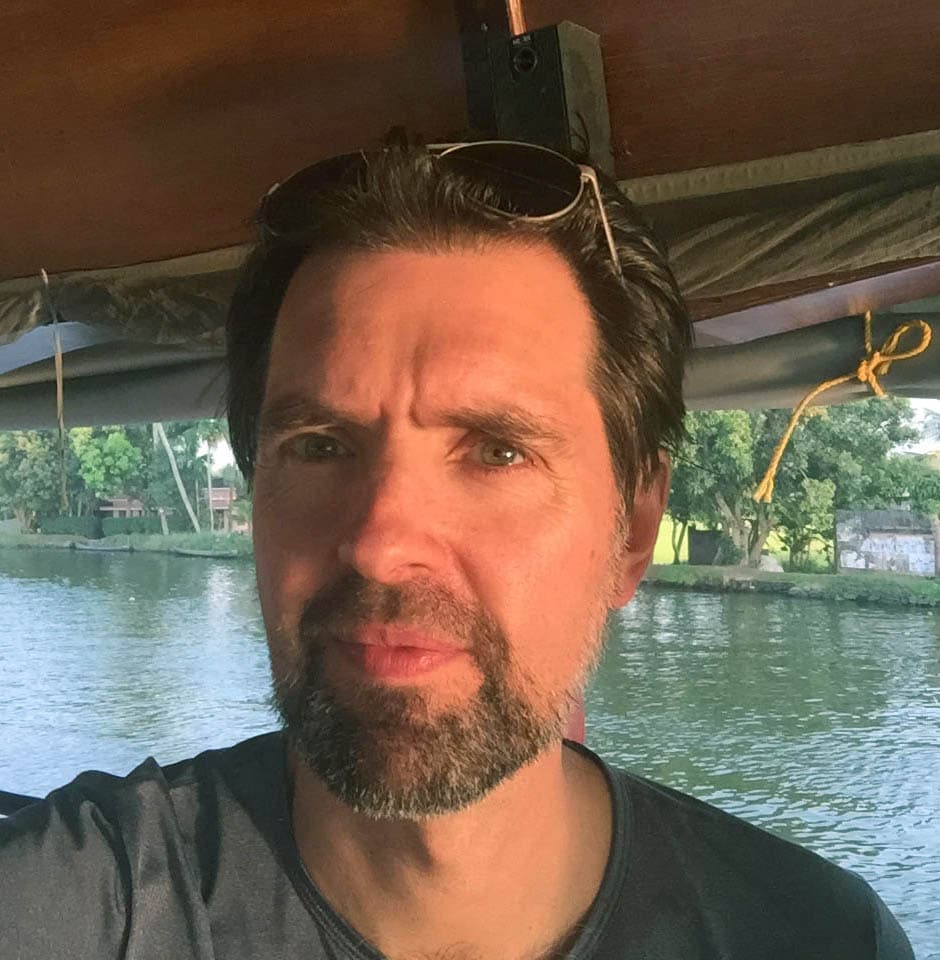 "Eero designed a routine catered to my needs, and after two weeks, my back pain was almost gone. "

Eero has a deep knowledge of how a body moves, and is great at detecting weaknesses that cause problems. I believe in his philosophy regarding slow, clean, controlled exercises with perfect technique, rather than an emphasis on weight-lifting, speed and reps.

For years my ongoing lower back pain persisted no matter how many training routines I tried at the gym. Stretching and physiotherapy weren't helping either.

Searching the internet for solutions, I came across Eero’s YouTube channel, and was particularly taken by a video describing his own challenge with back-pain and how with careful and slow training he got rid of it.

This approach convinced me, so I decided to contact him for one-to-one coaching. Initially skeptical about how such sessions could be effective via Skype, I soon discovered he had a great eye for spotting my exercises and helping me make subtle adjustments.

He designed a routine catered to my needs, and after two weeks, my back pain was almost gone. Eero has a deep knowledge of how a body moves, and is great at detecting weaknesses that cause problems. I believe in his philosophy regarding slow, clean, controlled exercises with perfect technique, rather than an emphasis on weight-lifting, speed and reps.

His insistence on mind-muscle connection is also really interesting, and love feeling my own progress as I become more aware of my body and feel stronger than ever. 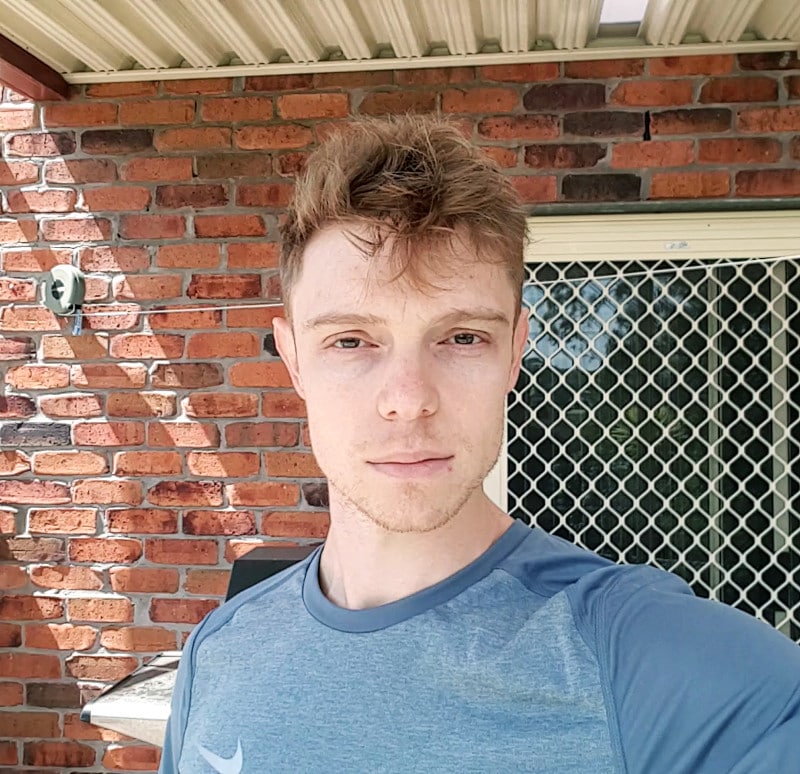 "In slightly less than 3 months I have made incredible progress."

Eero seemingly instantly knows correct solution to fixing any injury or pain point you can ask him about. Bicep tendon – fixed. Pain behind knee – fixed. Glute pain – fixed. Pain between shoulders – fixed. And so on. And they get fixed QUICK.

Eero ask me if I’d like to write a testimonial for his coaching program, and I was more than happy to do so!

I’ve been working with Eero for slightly less than 3 months, and during that tiny sliver of time I’ve made more progress with overcoming injuries, eliminating pain, increasing stability/flexibility/mobility and performing exercises correctly than I had in… THIRTEEN YEARS.

My first experience of muscular pain was in my neck and shoulders, which started when I started University. Constant aching, burning pain, every day. That pain spread down into my rotator cuff and wrists. I couldn’t do any study/work without pain.

Then there was the left knee injury from some bad form at the gym. I couldn’t bend at the hips with my leg straight, or my knee would hurt. It really screwed up my posture, and how I used my muscles. Before long, my ankle/hip/glutes/lower back on the left side was in constant pain.

Conventional “wisdom” told me that the solution was stretching and myofascial release.

Every article, blog, video and physiotherapist told me the exact same thing. “Stretch this, stretch that”. Use a tennis/lacrosse ball on this muscle. Blah blah blah. None of this every worked. Sure it gave relief, but I never experienced any significant/permanent lengthening or relaxing of my muscles.

I tried all sorts of things. Some gave relief.. but it was more like just keeping the pain at bay, rather than truly fixing it.

Well, fast forward to ~3 months ago. I was still on my quest to find a cure. I was watching YouTube, and suddenly, up comes a video by Vahva Fitness (Eero).

Well… I just had this feeling like I’d stumbled on something extremely significant. I began to watch more of his videos, and everything was making so much sense. It was like I was listening to the only guy on the entire planet that truly “gets it”.

I wondered to myself “does this guy have a course?”… and when I saw he did, I instantly bought it. It was fantastic. Over the next couple of weeks I practiced the material in the course and saw very fast improvements. Then I learned that Eero had a coaching program. I umm’d and ahh’d for a few days, but ultimately decided to write to him and ask him to coach me.

In the area of physical fitness, joining Eero’s coaching program is by far the best decision I’ve ever made.

As I said, in slightly less than 3 months I have made incredible progress. I don’t want to give away the “big idea” of Eero’s philosophy, though it is related to the mind muscle connection (a far more advanced application than you will ever see on any typical blog/channel).

Though I can tell you… 90% of the pain in my body is gone… and my posture is now better than probably 99% of people on the planet (not bragging – it’s all thanks to Eero).

Eero seemingly instantly knows correct solution to fixing any injury or paint point you can ask him about. Bicep tendon – fixed. Pain behind knee – fixed. Glute pain – fixed. Pain between shoulders – fixed. And so on. And they get fixed QUICK.

And that’s just the beginning. Because now that I’ve eliminated most of my pain… we’ve began to work on more “advanced” mobility (although Eero insists this is still the beginner part of the program).

I am looking forward to continue to work with him, and I have no doubt, that under his instruction I will be able eventually perform the feats of strength and mobility that he demonstrates in his video. Before finding Eero, I never imagined that I would be able to do that, but now I am certain.

This is How the Coaching Works

Fill the form below to apply.

Keep in mind I only have a limited amount of space in my schedule and only take on a limited number of clients at any given time in order to ensure they have my undivided attention.

I will contact you as soon as possible when I have open spots for new clients. This may mean weeks or more before I process your application.

*Currently not accepting new clients.* Join below for the waiting list: