Why Monkey Kung Fu is the Most Complete Traditional Martial Art

Jiang Yu Shan talking about the background of Monkey Kung Fu and what is missing from all the other Kung Fu styles or traditional martial arts in general.

The grandmaster Jiang Yu Shan is an encyclopedia of Kung Fu and Chinese Arts. He has been interested in the topic since he was a little kid and after over 40 years of experience, he knows pretty much everything there is to know.

Although he is the grandmaster of Hou Quan Men - Monkey Fist Door, he is also a master of many different Kung Fu styles such as Wing Chun, Bagua, Xinyi, Tai Chi, Wu Zu Quan and more.

He was also recently accepted to inherit the Taiwanese Crane fist (Zong He Quan) from a local grandmaster who is 88 years old and still in incredible shape. See below.

This is an incredible display of power, relaxation and body control from a person who is nearly 90 years old. This is what demonstrating Qi is a lot about – being powerful and vital into your final years.

A lot of the modern styles of training such as powerlifting, street workout and weight training seem fun when you are young but a lot people destroy their bodies by the age of 40... and they still may have 50 years to live.

The master Jiang Yu Shan is still learning. He is also a master of Chinese medicine, a fully licensed Chiropractor and a master of various styles of Qigong. In Qigong, most people cannot even comprehend how much there is to learn.

The ability to destroy and the ability to heal should walk hand in hand. This is why the separation between Health Qigong and Fighting Qigong exists.

The average person would be surprised by how big the Chinese systems are for developing the body. 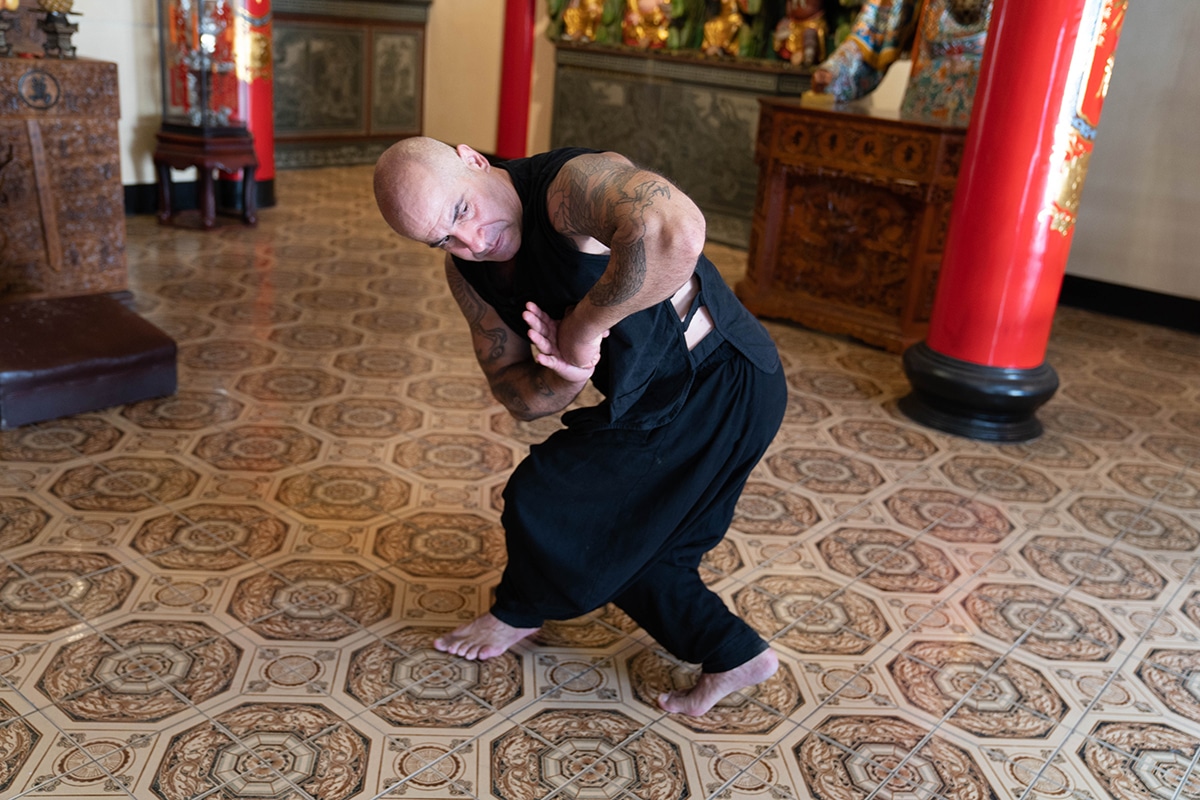 Today, modern training among athletes consists of different types of sport-specific training, strength & conditioning, self-treatment, mindset/psychology training and more. In the past, the ancient masters covered exactly the same areas and more.

The difference is that in many aspects the ancient masters were way ahead. For example, taking care of the body, breathing, mindset and internal development.

There were no surgeries or stem cells back then... you had to take really good care of your body or you were handicapped for life. You broke the body once and you were lucky if the bone healed properly for you to be fully functional again.

For this reason, the traditional martial arts were highly developed as well. A proper martial arts system covered all areas associated with fighting, longevity and health:

Nowadays, many traditional martial arts are not taken seriously although they have priceless gems that can easily be utilized in real fighting and even in MMA competitions (and many are).

The problem is that many modern "traditional" martial arts are missing several pieces in their methodology. The modern practitioners no longer know how to develop the body properly.

For example, most hand techniques are almost useless and only for show without the proper harden skill. You simply don't have the "weapons" to perform any of the techniques with effectiveness. Most likely you will just end up breaking your hand.

This is why Monkey Kung Fu style is special – it's one of the rare styles that still has the complete harden skill knowledge and know-how.

However, not all Monkey styles are like this. Jiang Yu Shan has completed and perfected the Taiwanese Hou Quan Men style with his own effort and study which makes his school stand out from the rest.

Some Karate styles have some knowledge but it's limited and lacking, only focusing on the top two knuckles of the fist. Most Kung Fu styles have forgotten and lost this skill altogether.

This is why it's funny that in many martial arts you still have the hand techniques and strikes with different parts of the hand and fingers but not the one thing that makes any of these techniques possible (the harden skill).

Many Kung Fu styles such as the Praying Mantis focus on the fingers and different parts of the hands without realizing that the attacks are useless without the harden skill. The same can be said for Wing Chun and other popular styles.

Another area that is often missing from traditional martial arts is the proper strength & conditioning. Although technique and skill matter the most, athleticism and conditioning can matter nearly equally much. We can help very easily with this.

Harden skill is one thing but what the Chinese system can also contribute to the modern martial arts and modern sports are various qigong methods, internal power development and injury-prevention.

Nowadays everyone is getting injured all the time and relying on pills, injections and surgeries. Most of this can be prevented with proper training.

What Makes the Monkey Fist Special 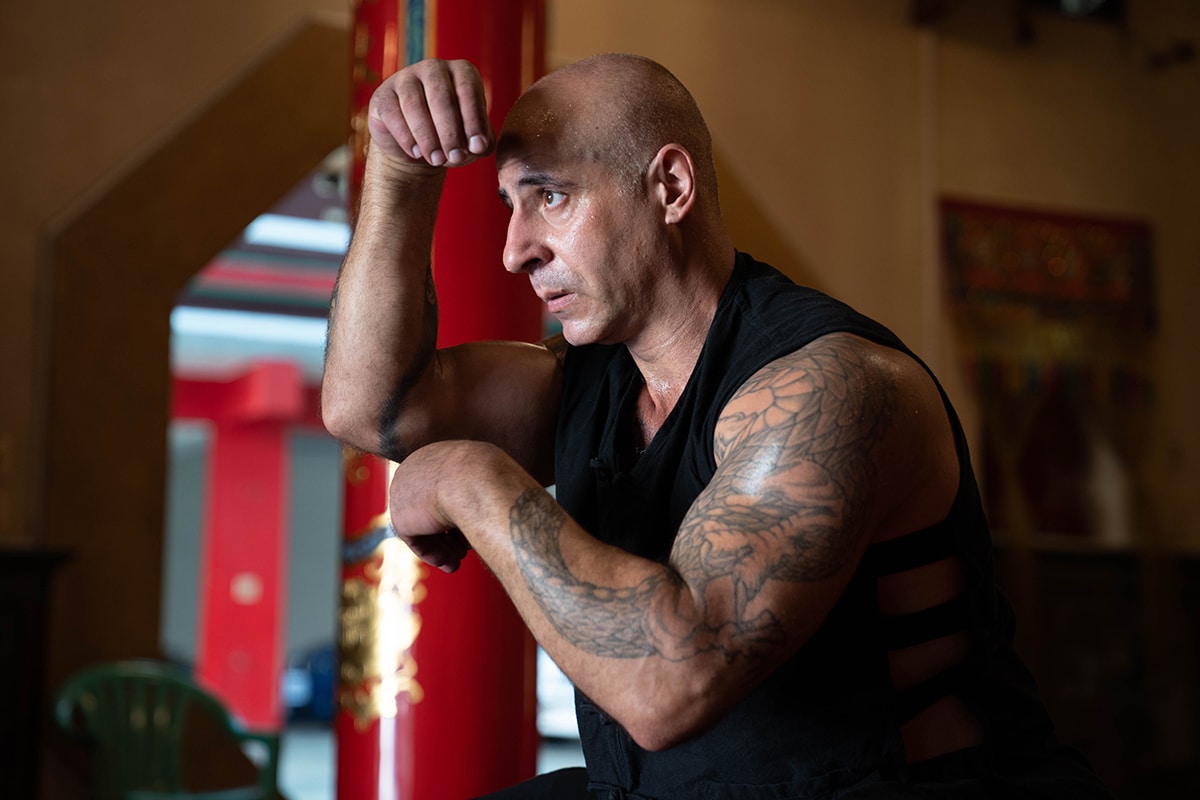 In history, the Monkey Kung Fu was always the secret style of Shaolin. Why? Because it was used by the assassins and "black flag troops" of the time.

The style was also very different from other Shaolin styles. Shaolin styles were inherently Buddhist and the religious elements of Buddhism prevented the practitioners from practicing the dark occult knowledge and training the cruel aspects of fighting.

This is why Monkey Kung Fu was often practiced outside the Shaolin temple and why it has roots in both Buddhist and Daoist sects.

Daoism was not restricted like Buddhism - the Daoists were scientists of the time who went as far as they could in the art of fighting, spirituality and discovering human potential.

Until recent times, there were no "human rights". Many lesser tribes and "enemies" were treated worse than slaves. Daoist scientists experimented as much as they could and did things only Nazi Germany would approve of.

This may sound crazy but only 200 years ago the world was really wild and even today in 2020 there are minorities and slaves across the world who are mistreated.

The result? As we have said before, Monkey KungFu was never a soft, gentle and kind art – rather it was a hard and merciless art.

Although the masters learned savage techniques and ways to demolish the enemy, it doesn't mean the masters were uncontrolled savages themselves. They understood that power doesn't make you a monster – acting like a monster does.

Jiang Yu Shan has said that both good magic and dark magic are the same thing. It matters how you use it. And what is magic? It's merely knowledge of the human body and brain.

What makes Jiang Yu Shan's Monkey Kung Fu so special is that it's one of the few complete traditional martial arts styles out there that incorporates all the ancient aspects of fighting and developing the body.

Qigong and internal power development are covered. The style has a complete harden skill and knowledge of the medicine. The fighting techniques, applications and sparring are all inside.

Moreover, the master has only made everything even better by creating his own Trinity System that consists of many different styles of Kung Fu.

Learn From the Grandmaster of Monkey Fist Door 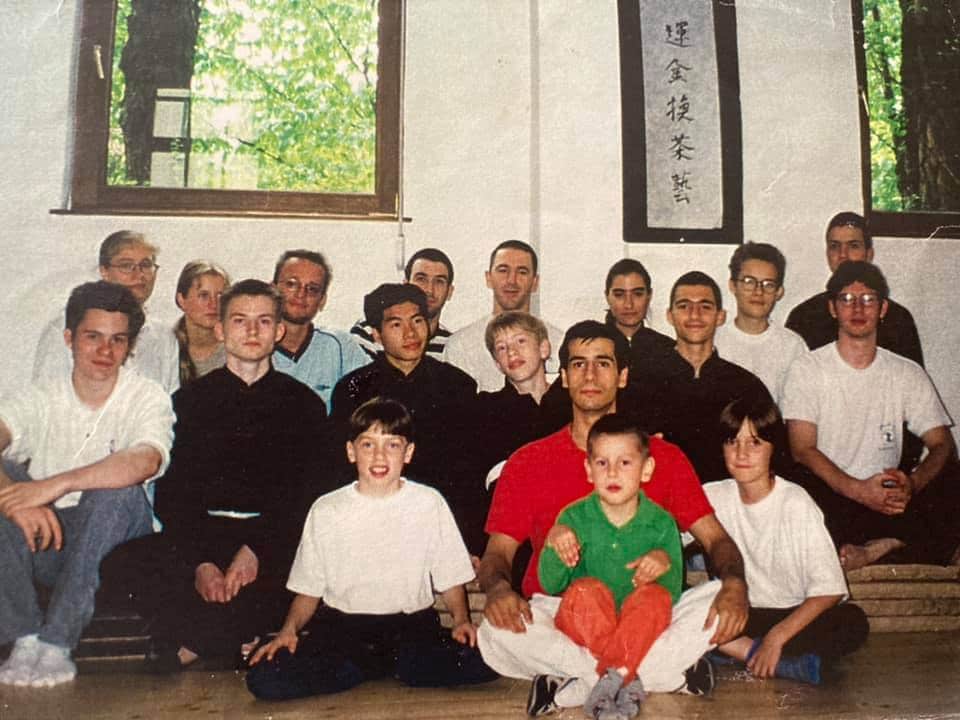 Jiang Yu Shan and his students in Berlin, Germany. The master has been teaching since he was 16 years old.

Did you know that the master Jiang Yu Shan is a rebel?

He may be the best Monkey Kung Fu master out there but he is not the only one. There exist several masters in different parts of Asia and they are not happy about him for sharing this knowledge.

But let's leave it at that. What matters is that we all have a chance to learn this ancient art.

For the first time ever, we have a chance to learn authentic Monkey Kung Fu, a complete wood element of harden skill, extremely rare Qigong and a lot more.

The harden skill alone is worth a lot of money and can be useful for all combat sports athletes and traditional martial artists. It can be the missing piece that can really increase the effectiveness and practicality of your martial art whatever it is.

When it comes to taking care of the body and increasing your longevity, Health Qigong covers these aspects and teaches you how to heal both the body and mind.

When it comes to fighting Qigong... this is definitely the crème de la crème of mind development. Nowadays mindset coaches and sports psychologists wish they had this knowledge.

If you want to learn more, check out WarriorNeigong.com