Monkey Kung Fu (Hou Quan) has very different origins from most Kung Fu styles. It's not like Tai Chi with strong internal and religious elements, rather it's a real martial art style purely for the art of combat.

In ancient Shaolin temple, Monkey Kung Fu fighters were the "black flag troops" of the time. Assassins and brutal killers who did all the "dirty stuff" for the emperor. This is what Jiang Yu Shan has told us.

You can clearly see it in the art of Monkey Kung Fu. This is not a soft style. It's not a gentle style.

This is probably the hardest and most brutal martial art style you can ever come across. The Monkey Kung Fu fighters were known for attacking mercilessly the enemy's weak points: eyes, ears, skin, throat and crotch.

They hardened their limbs until they felt like stone. Hardening didn't only protect the fighter but it also made various different attacks with different parts of the hands and forearms possible.

It may seem unrealistic to harden the limbs like that but you haven't seen the end product. You don't fully understand it until you see and feel it in the person.

The reality is that your bones and soft tissue are far more mouldable than you think. Right now, you probably have regular hands and forearms. Soft, weak and easy to break.

This is not the case with the master. His hands are literally almost like stone. The odds of breaking your hands are minimised while the power of your attacks are maximised.

Moreover, many of the grips are not practical unless you have superhuman level of grip strength and fingers that feel more like wood than human tissue. This is why strengthening and hardening the hands is necessary.

These methods are foreign to modern people because people are used to practicing playful combat sports with thick straps and 8-12 oz. boxing gloves.

These gloves actually make your hands into weapons because now you can attack with full power without severely damaging your hands (yet they still manage to break their hands - with hardening fighters could protect their hands from injuries).

There is only one problem. You are not walking with your gloves on. In real fighting and self-defence there are no gloves to protect your hands. In ancient China, they also fought barehanded most of the time.

Monkey Kung Fu has plenty of knowledge and methods useful for modern MMA because the MMA gloves offer some protection but not too much. Moreover, for anyone who wants real power, the harden bone and dirty techniques offer that peace of mind. 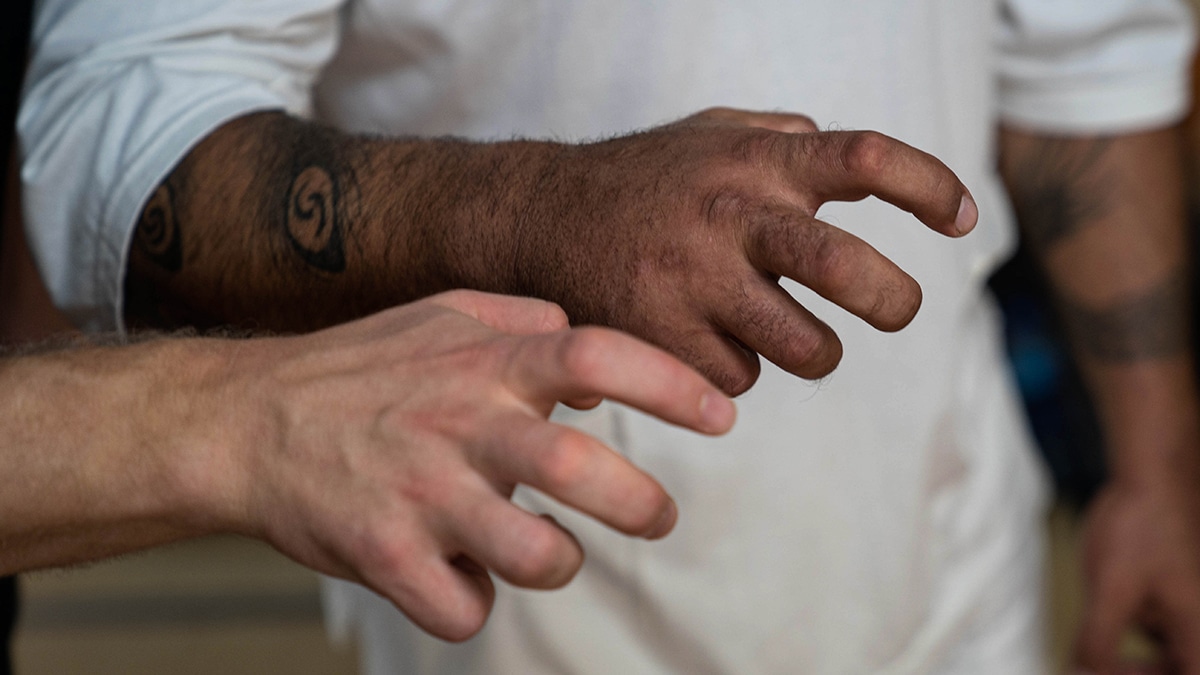 You will learn how to harden every part of your hand and forearms, not forgetting the shins and even your foot. You will learn Shaolin grip strength where your grip and fingers become so strong that you can grip Adam's apple off your enemy's throat (not kidding).

There are many Shaolin masters out there. Most of them are monks and have a background in religious Buddhist practices. As a result, they are not hard like the master and do not know the real hardest style of Kung Fu.

In Buddhism based styles you are not allowed to practice the dark occult knowledge or the brutal, cruel and merciless techniques. This is why the Monkey Kung Fu fighters had to practice outside the Shaolin temple in the ancient times.

There are few people in the world who have gone through the hard training and have the right mindset for hard Kung Fu – the master is one of them.

What do you think he was teaching in the special forces? He was teaching hand-to-hand combat. And what is military combat? It's kill or be killed by any means necessary. The master is a world-class expert in this area.

This is the area the master is the best at. If you want to learn impractical internal Tai Chi which is great for health, there are probably better teachers for that.

For real practical Kung Fu that works on the street, ring and in the military? Good luck finding a better teacher inside or outside the Kung Fu world.

It's not every day you will get to learn from a 9th Dan Monkey grandmaster who also happens to be a former Special Forces combat instructor. For the first time ever, you have a chance to learn the real art of demolishing the enemy by any means necessary.