Sit up is a common human pattern a lot of people do naturally when they are in bed or sometimes on the floor. It's also an exercise that has been used for centuries or longer to develop the midsection and hip flexors.

We are fans of the sit up and have done lengthy videos and articles on various variations in the past.

Yet, sometimes you hear people on Internet saying "Never do sit ups! Do this instead!" and the suggested exercise is often some crazy gimmick that looks cool and is very hard to do.

You hear people saying the sit up is dangerous and will destroy your back. They say it useless and other bollocks.

In reality, sit up is only one basic human pattern among many and it's safe to do as long as you do it correctly and it's not the only core exercise that you do (just doing 1 exercise forever will lead to imbalances).

For example, it's easy to create imbalances when you train the abs but not the lower back or obliques. It's easy to hurt yourself if you do an exercise with max resistance and not enough support.

In this video and article we covered two different sit ups: the conventional sit up and the sit up press.

The Conventional Sit Up 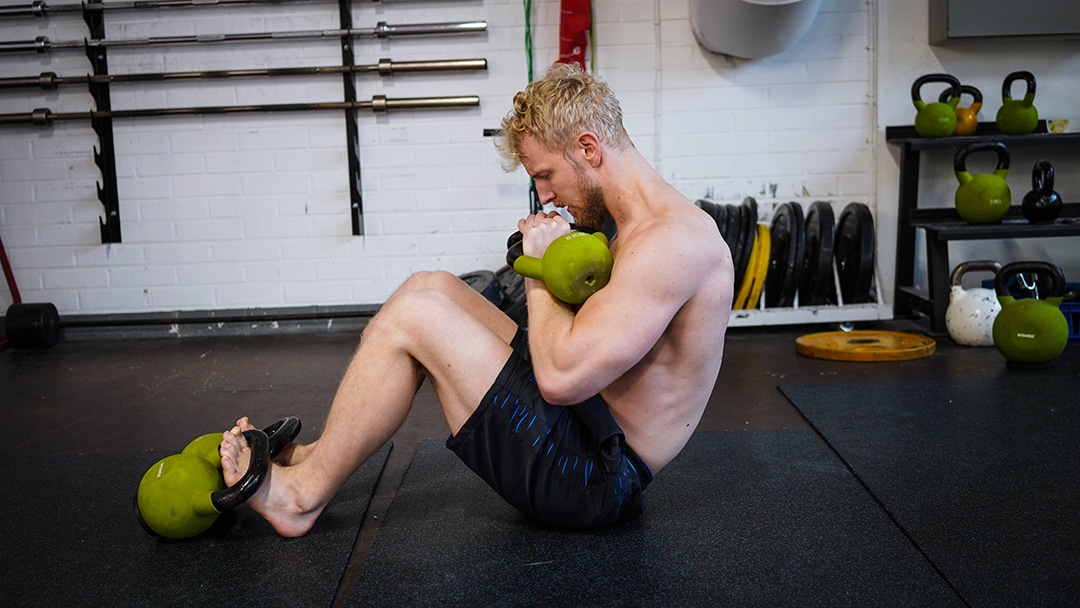 Sit up uses and trains the compression mobility of the core (spinal flexion). This means that your abdominal muscles are trained hard because one of the main functions of the abs is to flex the spine.

In addition to your core, you are also training the hip flexors (upper thighs) because in the sit up there happens a lot of hip flexion as well. The hip flexors also need to stabilize a lot. This is why your hip flexors may get tired or sore.

Normally, just the bodyweight sit up can be immensely effective but since we are pairing the exercise with the sit up press, we are also using dumbbells, kettlebells or a barbell for extra resistance. 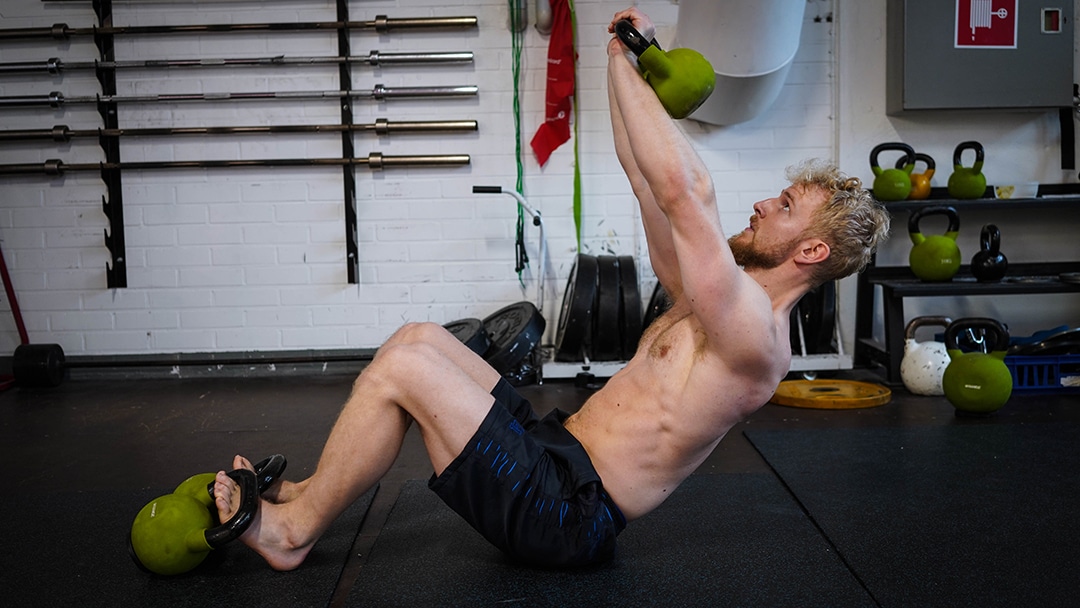 The obvious difference compared to the conventional sit up is that your core and hip flexors are stabilizing while the pressing motion creates disturbance.

Although you are not moving the core, your core is likely working harder than ever before. Stabilizing is serious strength work with serious benefits in size, strength and athletic ability.

You see, in athletic movements your core must be able to provide continuous support and work as a force transfer link between the upper and lower body. The core must withstand disturbance and be capable of neutralizing outside forces to maintain the best posture.

Stability training leads to a better posture and stability WHILE you are moving and performing tasks with your body. This leads to better power production, more speed and better agility.

For example, players of many sports such as basketball, football or ice hockey and martial artists or fighters need to be able to move in space WHILE they are throwing, punching or hitting using their arms or feet.

A lot of people don't understand this type of training. It's not uncommon for people to think that the purpose of the sit up press is to train the chest and shoulders with the press. It does this as well (and with a good form by the way) but that's NOT the purpose.

You are merely using the pressing motion to create disturbance. You could use any other type of movement as well such as just creating movements with your arms.

In Athlete 20XX, we do the unilateral (single arm) sit up press because this way the sit up press also targets the obliques (rotational stability). 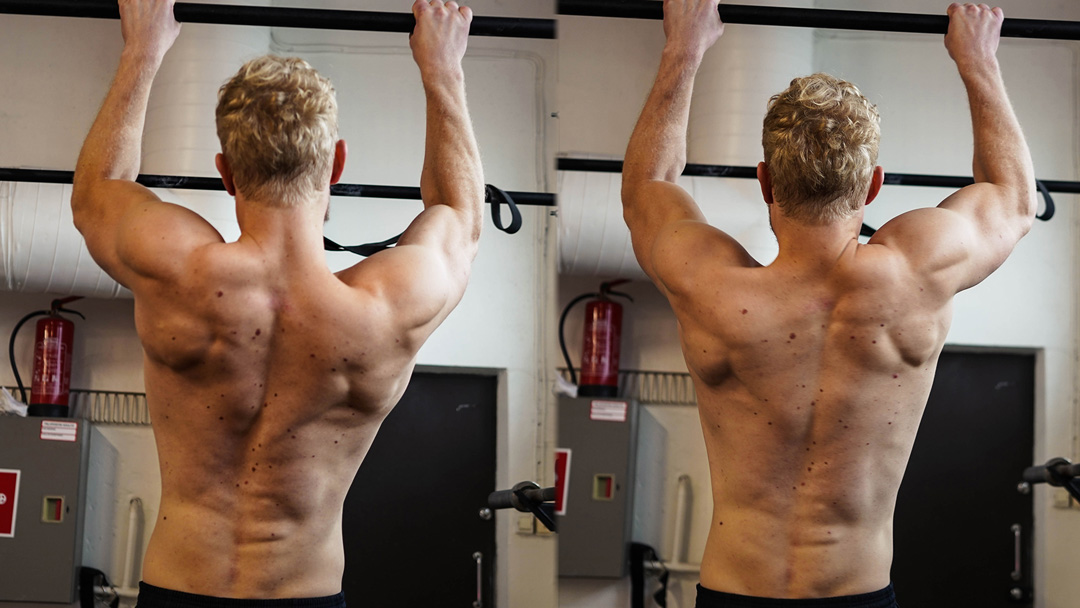 Learning how to control specific parts of the body will lead to learning how to move them all in synergy. The most complex movements consist of the same simple basics!

Training both mobility (strength in the range of motion) and stability (the ability to stabilize the joint) will lead to adaptability.

You are becoming a master of your body. Human movement and athleticism mainly consist of these two attributes: stability and mobility. Lack of either one often leads to higher risk for injuries.

When you learn to activate, move and stabilize specific areas of the body, you will eventually learn to move multiple areas in synergy. You are ultimately cultivating awareness of your body and mental control over the muscles.

Learning how to "isolate" different body parts in separation is the first step to learning how to move them in conjunction with detail and sophistication.

Discovering how to move the body is only one part of the equation. Discovering your body is another part. This is why it's important to specifically focus on developing athletic attributes such as mobility and stability.

Master both and there are no limits to your ability.

How Andrew regained his mobility and health after joining Movement 20XX