Visiting Miyamoto Musashi's Shrine in the Countryside of Japan!

Visiting the birthplace and shrine of the legendary samurai Miyamoto Musashi in the countryside of Japan.

Once we finished our epic week in Taiwan where we met with the master of monkey kung fu, Jiang Yu Shan, we headed to Japan which was only a short flight away.

Normally, when people visit Japan they either go to Tokyo or Osaka to enjoy the gigantic floods of people and flashing neon lights. 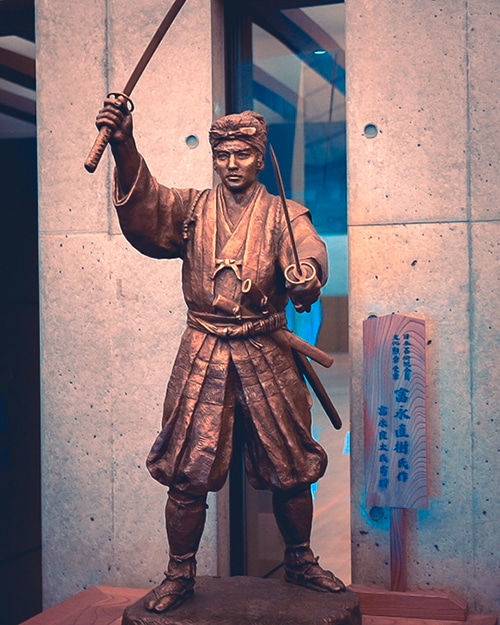 We did this as well but most of the trip we spent in a small village of 2000 people near the town of Mimasaka.

The reason why we visited this small village was that this was allegedly the birthplace of Miyamoto Musashi. The place also has Musashi's grave and a nice museum.

At VAHVA Fitness, we value health over everything (because without it you have nothing) but we are also warriors at heart. We visited this place to pay our respects to the legendary swordsman.

After spending time in some of the biggest cities in the world, the countryside of Japan was the pinnacle of our trip in Japan. We had an amazing time there and enjoyed it more than the fast life of Osaka.

Beautiful landscapes, hospitable people (we spent the nights with a host family who had two little kids because there are no hotels in that village!) and delicious food (if you like sushi, you should definitely visit Japan, Taiwan, Malaysia or Singapore).

This small village wasn't the easiest place to get to but you can get there with a train or with a car. Just realize that outside of the biggest cities almost no one speaks English and the signposts aren't in English either.

How to get to Miyamoto Musashi's museum and shrine in Mimasaka, Okayama, Japan.

We spent 3 nights in this village and we were the only tourists there so it's definitely not a popular destination but certainly worth to visit. 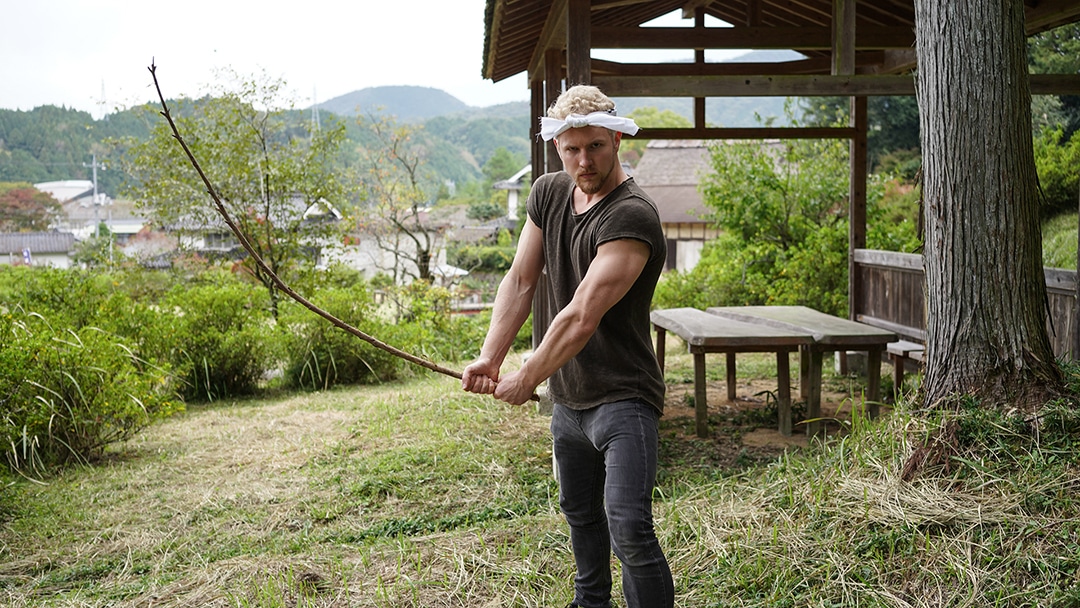 What You Can Learn From Miyamoto Musashi

Miyamoto Musashi is considered one of the most successful swordsmen in history. He had 61 duels and retired undefeated. He did this at the time when people used to fight till death.

What made Musashi so successful was that he didn't follow the status quo. He did things in his own way and cut off all the inessentials that didn't make him a better warrior. 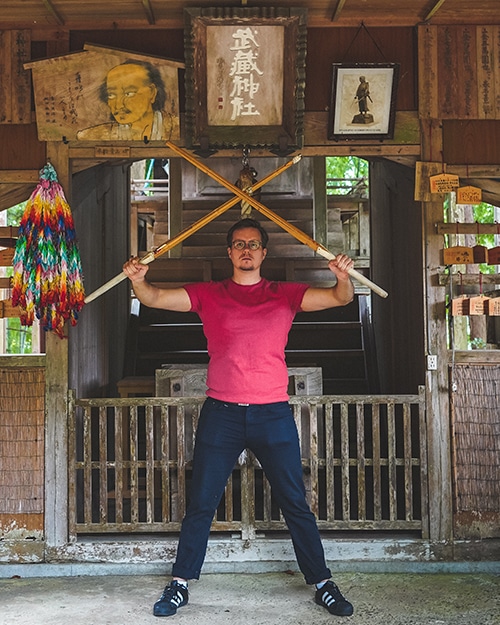 While everyone else was only using one sword, Musashi was fighting with two swords. Swinging two swords is a lot harder but it also enhances your offense by a great deal.

Moreover, Musashi deliberately disrespected his opponents and their customs to get inside their heads.

For example, he would let his opponent wait for hours for his arrival to a duel. In mental warfare, Musashi was the original Conor McGregor.

This is something we have learned from Musashi and what everyone can learn. We use everything that works but we are also not slaves to the existing training methods.

We are constantly innovating and experimenting in order to find better ways to develop the body. Moreover, we have continuously noticed that a lot of things people consider true (like you have to lift heavy or there are certain rep ranges for strength / muscle) is false.

In the fitness industry, a lot of people accept certain premises as automatically true without ever questioning them. It's not beginners and trainees job to test them but it's the educator's and trainer's responsibility to find out what actually works.

Same happens with scientific studies - people consider a lot of studies 100% accurate by default when in reality many of them are fundamentally flawed and just bad science.

Miyamoto Musashi proved that if you want to be the best, doing things differently is not a hindrance but a massive advantage. This takes guts but the payoff is great. 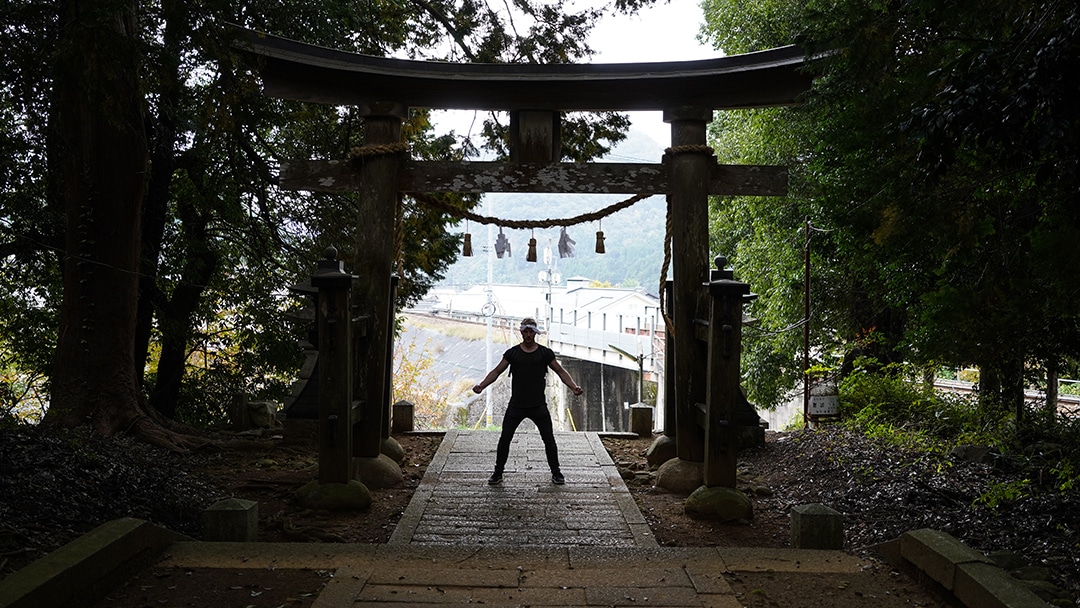 After the Japan trip we headed to Kazakhstan which was a beautiful country. We loved the place although it can get quite dangerous over there. We wanted to visit Kazakhstan because it was so separated from the Western world.

In Kazakhstan we ate plenty of horse meat and drank delicious (not!) camel milk. Eating horse meat may sound cruel but it's the national dish of the country so you can't help it! 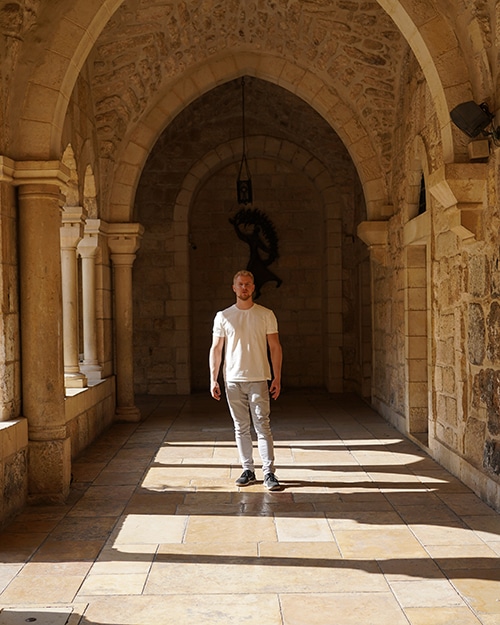 After Kazakhstan we headed to Israel where we visited the holy sites of Jerusalem, Bethlehem and Palestine. Whether you are religious or not, these are places stunning places to visit and experience.

After spending a week in Israel where we ate way too many shawarmas and falafels, we booked a flight to Greece and took a bus to this small town called SPARTA.

Sparta episode should come out soon. The year is ending and we are also resting and preparing for 2019. Traveling is fun but it takes a toll on you over time.

We have shared only a small part of what we've discovered and learned during the year in Australia and our travels around the world.

Something we will aim to do in 2019: show you a whole new level of training and provide you with the tools to transform your life.

Until then, you should have your hands full with Movement 20XX & Athlete 20XX.

WHAT IS TRAINING?
Grace Behind Power
Real Chinese Kung Fu that Actually Works in Combat