More amazing variations of the lizard crawl. Includes the chameleon walk among many others!

You can check the other parts here:

The crawl variations featured in the video:

The archer lizard crawl and the wide lizard crawl require lots of strength in the chest, shoulders and triceps to be able to move with such a wide stance.

The arched lizard crawl looks fun and you do it in a way where you keep your hips low, lower back slightly arched and arms relatively straight. This develops and requires a high level of mobility in the hips and the lower back. 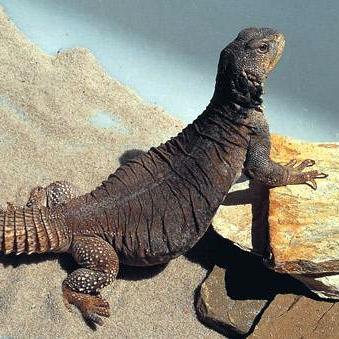 The arched lizard crawl was inspired by Uromastyx lizard.

Chameleon lizard crawl is the greatest test of strength and stability you can do with the lizard crawl.

You are basically doing one arm and one leg push up with every step. That's incredibly tough for both strength and balance.

The hook arm lizard crawl will force your shoulders to maximal transverse flexion - this will develop your pecs but can also help with shoulder health.

Most people completely discard every movement or exercise where the elbows flare out - and this is a massive mistake which will kill your shoulders in a long run.

It's a myth that you should avoid flaring out at all costs. You should try to strengthen the shoulder articulation by doing some easy elbows out push up in the beginning and gradually build up your shoulder mobility.

This hook arm lizard is an advanced variation and you shouldn't try it without proper preparation.

Lizard Crawl is the Most Versatile Upper Body Pressing Exercise

In the part 1 mastery we talked how good the lizard crawl movement is for your central nervous system. It will also work your chest, pecs, shoulders, triceps, abs and hips.

But that's really only a small piece of the benefits of the exercise. This is why you should crawl:

This is not an understatement.

When you do the basic lizard crawl movement, it will work the pressing muscles from multiple different arm positions, muscle lengths and shoulder positions.

Just think about it: with every step one of your arms goes to the top and then travels down working a massive range of motion in the process. Your elbows flare out and then they are suddenly in.

It can be hard to comprehend but to get the same benefits, you would need to do minimum of 3 different variations of the basic push up (hip push up, normal push up and elbows out push up) and it still wouldn't match the effectiveness of the lizard crawl.

You also shift your weight from one side to another placing severe resistance to one side at the time. Anyone who has actually tried the lizard crawl knows it's far from easy.

This is why lizard crawl is one of the major components of Movement 20XX.