People mistakenly think animal movements are easy because you are not lifting a heavy weight or performing an advanced bodyweight skill.

Yet, for a lot of people animal movement training is the hardest part of their training schedule. Doing a set of push ups (no matter how difficult) is easy in comparison.

In fitness, some things you can only understand once you actually try them. The thing about most animal movements is that they are more strength endurance training than training for 1 repetition max.

This strength endurance training is what is missing from a lot of people's training. If you only focus on short sets with a low number of repetitions, you are massively neglecting the full development of your fitness.

To actually develop the supportive structure in your body, you need to hold different positions for long periods of time. For martial arts, athleticism and general fitness this may have more value than power training (but it is useful as well).

Plank is a great exercise for supportive strength and strength endurance but it's pretty one dimensional, right? There are more dimensions in the body than just that one position.

This is why animal movement training is fantastic. You are developing strength, stability and mobility in all the different body positions and angles.

You are constantly supporting yourself in all kinds of different positions which ensures you develop supportive strength and stability in the shoulders, core, hips and even in the smaller joints like elbows, knees, wrists and ankles.

The flow sequence as a whole is the secret, not the individual movements done for a couple of steps.

We challenge you to try this free beginner core routine and see if movement training is too easy for you!

If you are looking for a real challenge, the crawl movements which are demonstrated in the video are the hardest training anyone can do on the floor.

Just supporting yourself close to the floor is hard. Now imagine actually floating on the floor and moving in different directions. 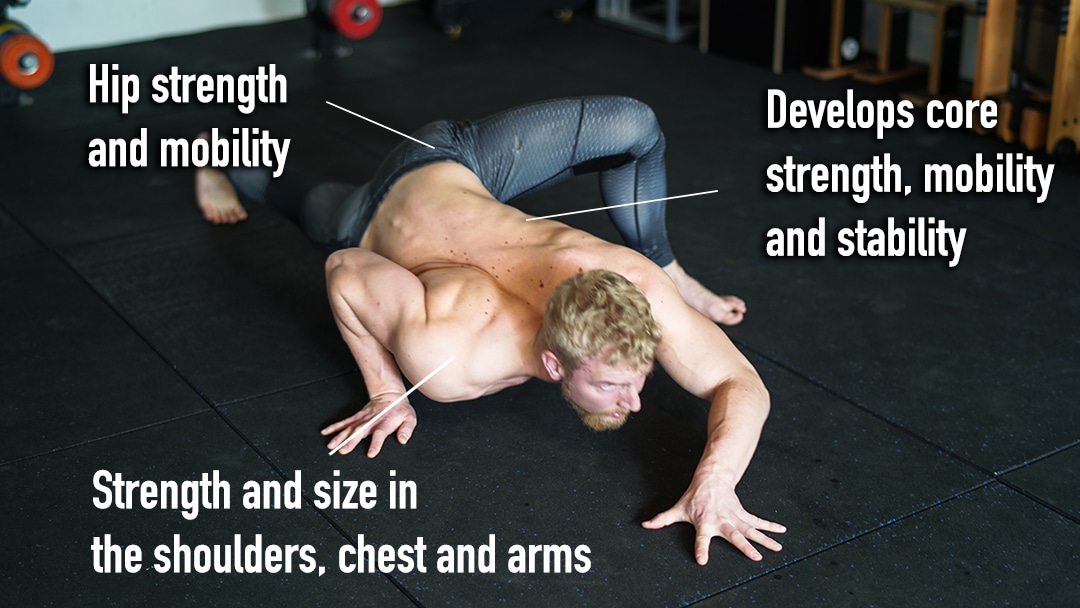 Lizard crawls are serious strength training with serious effects on your strength.

You will not just develop pressing strength in the upper body but you will also train the entire body. Your spine is bending. Your core and hips are rotating. Your arms are switching positions all the time.

The continuous movement of the lizard crawl mobilizes the spine and develops strength, stability and mobility in the hips and core.

Obviously, one of the greatest benefits of the crawl will be for your chest, triceps and shoulders which should grow in both strength and size.

The lizard crawl movement is a different kind of beast. With traditional exercises it's almost impossible to get the same dynamic stimulus in all the different muscle lengths and angles.

The only problem with crawling movement patterns like the lizard crawl is that it's incredibly hard for most people to do. The solution is simple: start now, train hard and your body will get stronger.

The Origins of Animal Movement Training 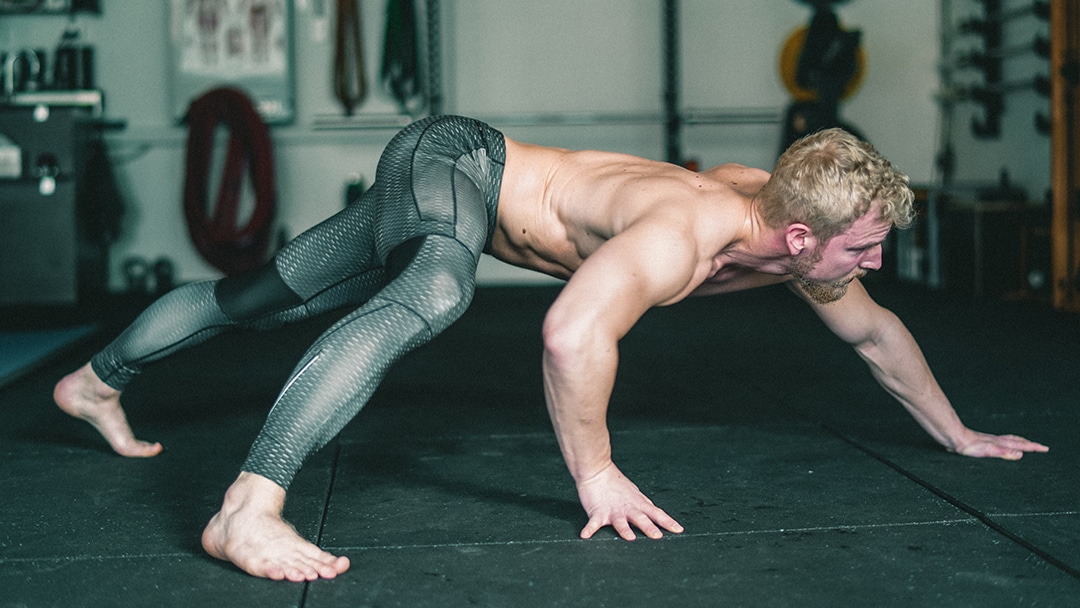 The origins of movement training are in different martial arts. Maybe the ancient masters knew something we have forgotten?

Animal movements are ancient strength work. They have been part of different kung fu styles and martial arts for centuries (or longer) and for a good reason.

Qigong has many different animal forms. Different animal walks such as the monkey walk, bear walk and crab walk have been widely used in styles such as Shaolin kung fu for strength and conditioning.

Rickson Gracie (the legend of Brazilian Jiujitsu) was one of the first major public figures to start spreading movement training in the West although before him there were many schools of kung fu, capoeira and Japanese martial arts doing similar training as well.

Gracie family learned the animal movements from the founder of Ginastica Natural: Alvaro Romano who was doing animal movement training over 25 years ago!

We also learned our first animal movements in Taekwondo, Taijutsu and capoeira. Later, as you can see from our videos, we took that style of training to a new level.

Animal movement training is not really about mimicking animals although the free animal spirit is a gift to possess. All movements have a specific purpose in strengthening the body.

Movement training is like yoga but in a more dynamic fashion that has more functional benefits. Both are excellent for strengthening the body, loosening up the body and developing freedom in the body.

Without quadrupedal movement patterns it's hard to fully develop the body because you just won't develop the same levels of synchronized mobility and stability in the hips, shoulders and knees with other forms of training.

If you are interested in developing a limber, loose and mobile physique, check out Movement 20XX. It's really the easiest and the most convenient way to get started with the most packed value possible.

We have 10 different strength and mobility progressions for the crawl patterns alone and with enough training the advanced lizard crawl can be achievable.

We have innovated a great deal in Movement 20XX but the course also covers the best parts of different martial arts strengthening, yoga, calisthenics, fitness and strength training and integrates it all into one.