Joe Rogan is a former taekwondo athlete, martial artist (Brazilian jiu-jitsu black belt), stand up comedian, actor and one of the UFC commentators.

Joe Rogan is mostly known from his job as the UFC commentator but he also has one of the most popular podcasts in the world: The Joe Rogan Experience. 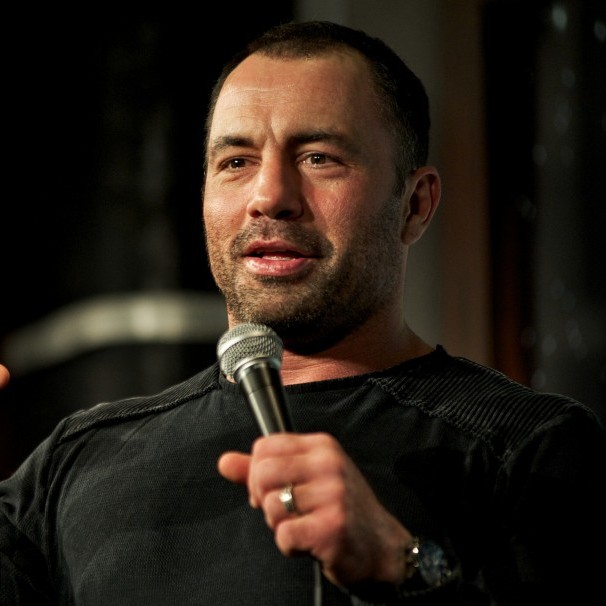 He is still an amazing martial artist and a fitness fanatic almost at 50 years of age. One of the great things about him is his open-mindedness to fitness and pretty much everything else.

He keenly mixes things up with some martial arts work, bodyweight exercises, kettlebells and free weights, which make him a great subject for our celebrity workout!

Take 2 minutes of rest between sets.

Kettlebell Deadlift with a Forward Lean 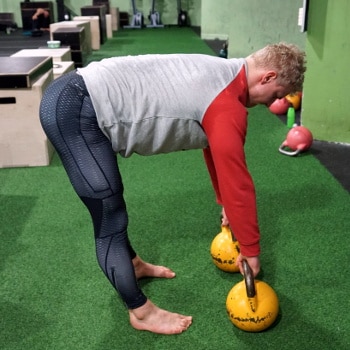 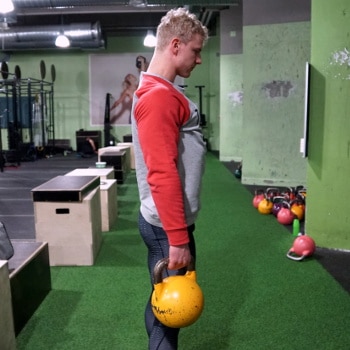 Deadlifts are a great exercise for the entire posterior chain (lower back, glutes and hamstrings), but the back is also developed very nicely.

By leaning forward you decrease the strain on hamstrings and glutes, but increase the activation of the entire back.

The upper body really needs to work hard on stabilizing the weights due to the forward lean. Do the exercise from straight legs (otherwise it won't work too well). 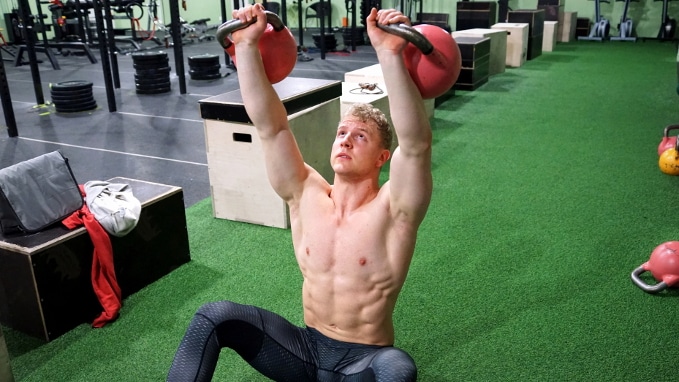 One of the ways to turn the sit ups into real killers is to hold kettlebells overhead while you are doing them!

You need to stabilize the kettlebells overhead while doing the sit ups - expect your entire core to burn like never before.

Place your legs below a bench, dumbbells or anything for support. Or ask your friend to hold your ankles. 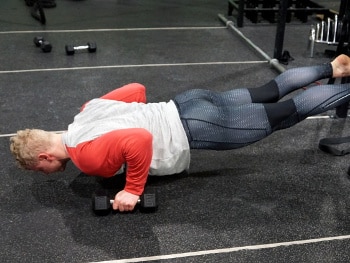 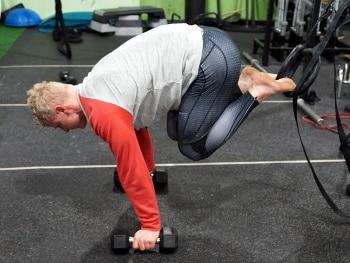 Place your feet on rings, TRX or straps and do a push up where after a full push up repetition you pull your knees to your chest (this will train the abs).

This is a great way to add flavor and difficulty to the basic push up. We have also seen Jon Jones doing these in his own workouts. 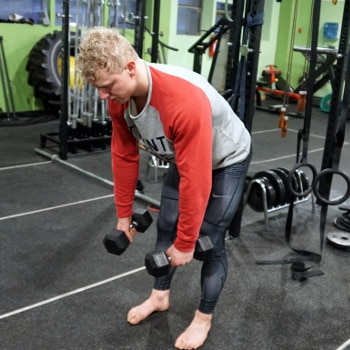 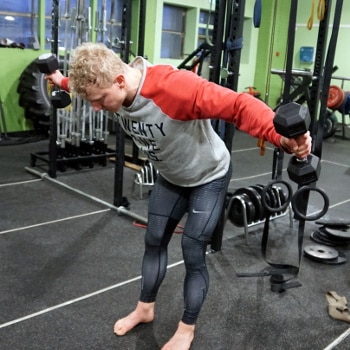 Joe Rogan has done some basic rear delt raises or T raises with dumbbells. And for a good reason: it's good to balance push ups with some back work.

T raises will train the trapezius muscles and posterior deltoids among many other back musculature. We just recently did a comprehensive video about this. 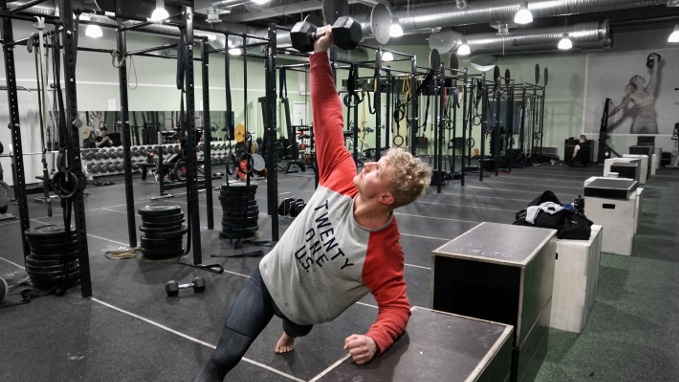 Dumbbell rotational press is an exercise where you start by pulling the dumbbell from the floor, rotate your body and press it overhead like demonstrated in our video or the picture above.

Rotational press is a great way to train the obliques (the most underdeveloped muscle in most people) but when you pull the dumbbell from the floor and press it overhead, most of the pulling and pressing muscles are also worked very nicely.

This Joe Rogan workout will work the entire upper body very nicely. Although there's a deadlift involved, I would consider this workout mostly an upper body workout so treat it as such.

Kettlebell and Bodyweight Workout for Core, Legs and Arms