Taking an in depth look at the sit up, back pain, hip flexors and the popular sit up variation called the Janda Sit Up. Get ready to learn something new.

The notorious Sit Up. Together with the crunch, it has to be one of the most demonized exercises out there.

An exercise that is there to hurt you, to prevent you from getting the abs you dream of while destroying your spine. What a devil.

We can remember marketers using the sit up as a marketing tool since we were little kids when we watched TV channels filled with commercials and infomercials.

First, the marketer would always demonize the sit up by saying it doesn't work and that it's the cause of your back pain. The solution? The marketer's innovative Abs-megabuster™ device that takes the strain off your back and finally gives you the abs you dream of.

Since then, many YouTube channels have followed this trend in a modern way. "STOP DOING SIT UPS! DO THIS INSTEAD" is a popular attention-grabbing title that attracts lots of interested viewers.

The reality, however, is not like this and in this article and video we will take a closer look at the sit up and many of the fallacies surrounding this notorious exercise.

We also touch on the popular sit up variation called the Janda Sit Up and how it reveals the people's understanding of human physiology and exercise science.

THE PROPER SIT UP 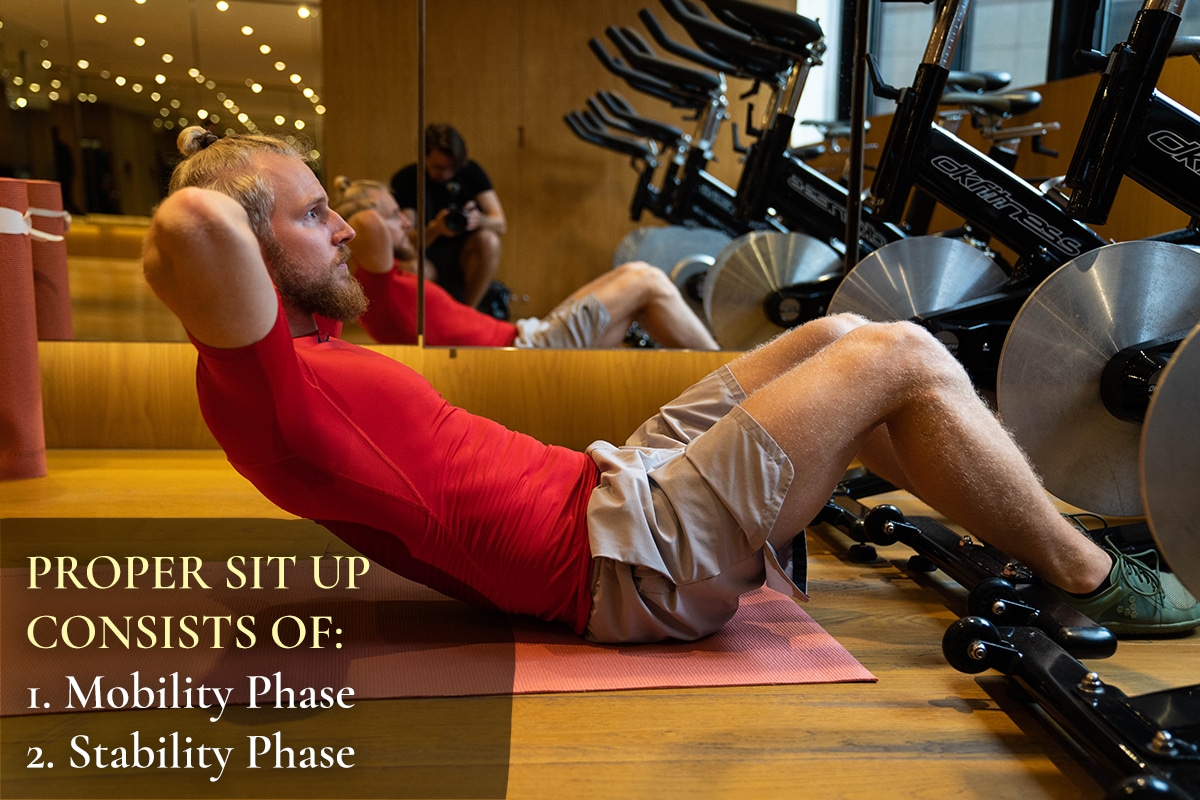 The properly executed Sit Up consist of two phases when it comes to the abdominal muscles:

1. The initial crunching phase of abdominals (mobility phase)
2. Stabilizing phase for the abs (stability phase) which happens when the hips flex and your body goes up to the sitting position.
- Sometimes these two phases happen simultaneously.

The sit up consists of two basic human articulations: compression of the spine (spinal flexion) and hip flexion.

The crunching motion in the beginning is the spinal flexion that utilizes the abdominal muscles. The hip flexion is accomplished by flexing the hip flexors (mainly your upper thighs).

This is why the sit up is a great exercise to target both abdominals and hip flexors. In fact, there is absolutely no way to perform the sit up all the way up without using both.

The sit up is far more versatile than people think and with a proper understanding of body mechanics and mind-muscle connection, you can emphasize different areas.

Till to this day, this video is one of the most complete and advanced demonstrations of what you can achieve with the basic sit up.

Now that we have understood the basic mechanics behind the sit up, let's take a look at the common fallacies and problems surrounding the sit up. 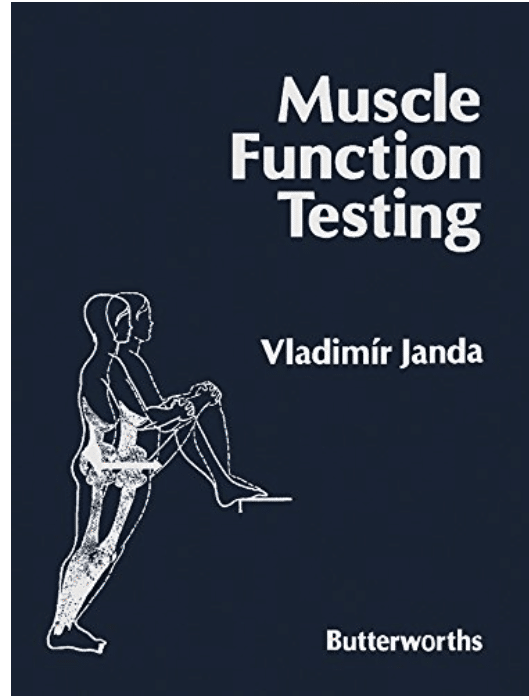 Invented by neurology Professor Vladimir Janda and popularized by Pavel Tsatsouline, Janda Sit Up is an exercise that aims to take the hip flexors out of the equation for the trainee to only focus on the abdominal muscles.

This is achieved by using the principle reciprocal inhibition which means that when an agonist muscle activates, the antagonist muscle relaxes.

By this principle, by contracting your glutes and hamstrings during the sit up, you should be able to disengage the hip flexors and as a result focus only on the abdominals. This not only should take the strain away from the hip flexors but also from you lower back due to the increased activation of the abdominal muscles.

By performing the Janda Sit Up correctly, it's not actually a sit up at all because your hip flexors are relaxed. It's a strictly controlled crunch. And this is what professor Janda originally meant as well.

However, now when you search across the web for the Janda Sit Up, 90% or more trainers and trainees are performing "The Pavel Tsatsouline Janda Sit Up" which looks almost exactly like a typical controlled sit up.

And the crazy thing is that it's in fact a controlled sit up.

Somehow people think that because the principle of reciprocal inhibition exists, it somehow allows them to perform the hip flexion without the use of hip flexors, which unfortunately is not physically possible.

Think of it this way: do a bicep curl and lift the weight up. You cannot hold the weight up without flexing the bicep. It's mechanically impossible.

If you flex the tricep and relax the bicep, the weight drops down. The only way to bring the weight up is by flexing the bicep, no matter how hard you try to contract the triceps.

The sit up works exactly the same way. The only way you are sitting up is by flexing the hip flexors. Contracting the hamstrings or glutes will not bring your body up. If you only utilize the abdominals, you are only performing the crunch - the initial mobility phase of the sit up.

Moreover, if you teach a complete beginner to contract the hamstrings/glutes while performing the sit up, it's likely he or she will just flex the hip flexors harder as well.

Ultimately, the original version of the Janda Sit Up is just a controlled crunch. The Pavel's version is a controlled sit up. The reciprocal inhibition doesn't work for the sit up.

WHEN DID THE SIT UP BECOME DANGEROUS? 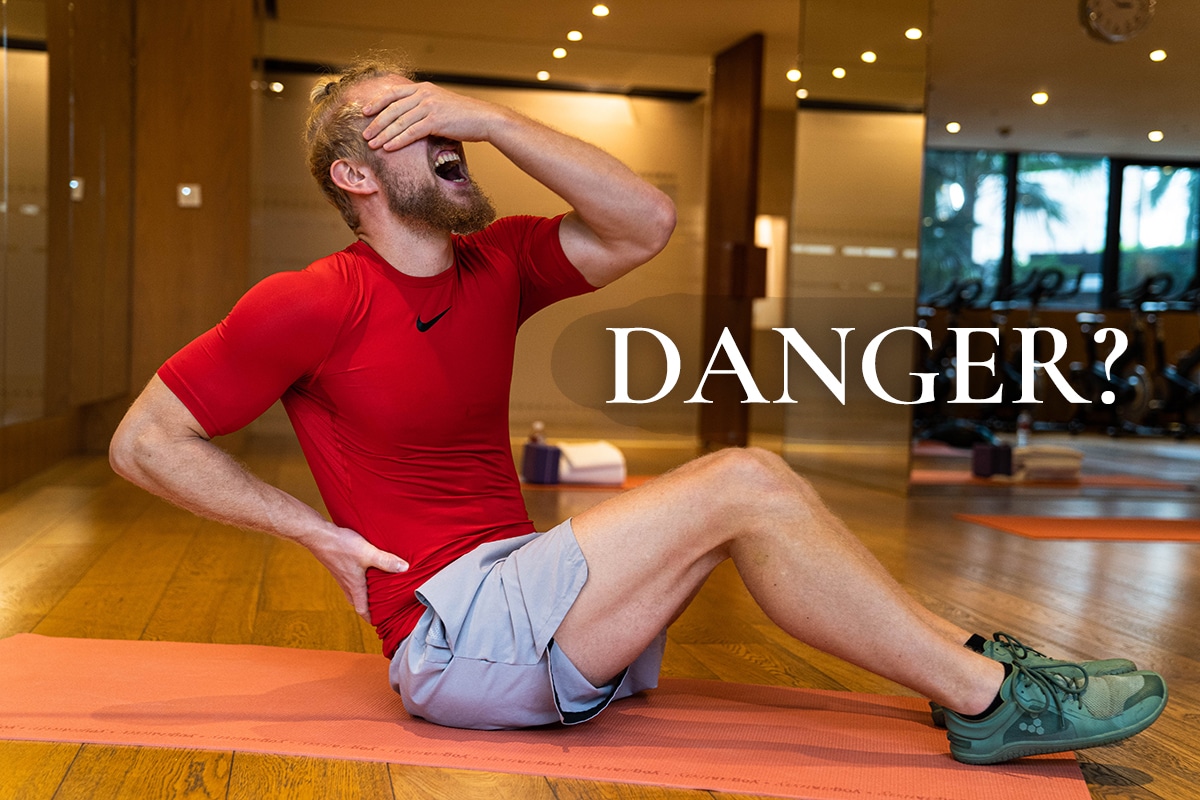 It's not just the marketers and YouTubers who have ruined the image of the sit up but many scientists and experts as well.

For example, a very famous spine expert Dr. McGill suggested that sit ups and crunches are dangerous for the spine because a repeated bending of the spine can overtime lead to damaged spinal discs.

How did he demonstrate this? Using cadaver pig spines where the spines were flexed and extended by a machine hundreds of times. This eventually damaged the spine.

Due to studies like this, both back extensions and sit ups have become "dangerous". Yet, many other experts have found that the sit up and back extensions can be massively useful for rehabilitating the spine.

In Yoga, which is known for numerous health benefits, you are constantly doing back extensions and isometric extension holds. We are not afraid of flexing or extending the spine in our training programs such as Athlete 20XX either.

Needless to say, this whole topic is speculative and there are no absolute answers to any of these questions. Why? Because for every exercise there is always the smart and right way to do it and the stupid and wrong way to do it.

We learned this by ourselves the hard way by using heavy weights in the past and overtraining our bodies which led to problems that took years to fix. In retrospect, they were good lessons.

We trained very scientifically in the early phases of our training careers following scientific advice. This led to stiffness and problems in the body. We had to step outside of this paradigm to fully understand and fix the body.

We are not anti-science but the problem with scientists and many health experts is that they have a very superficial and simplified understanding of the human body and movement.

Scientists try implementing mental models to their bodies without understanding that your body is far more complex than the scientific theories and mental models.  Furthermore, there are far more variables involved when dealing with people and their patterns than they can ever take into account.

You will definitely not get the truth out of the body by using dead pigs' spines and bending them with a machine. Alive human bodies work entirely different than a combination of a machine and dead bones.

Moreover, training is more a form of art than it is a form of science. Following simplified models only creates simplified patterns of movement. Science wants to create strict models of everything but the natural organic body refuses to go into these boxes.

The scientists do contribute to the world of training but they are not the masters at it. The practitioners are – teachers, trainers, yogis, qigong masters and movement experts have real experience and knowledge.

They may not have scientific studies as "proof" but many dances, sports, martial arts and yoga/qigong have developed to insanely high levels without a single study. They have clear methods where a complete beginner can reach the level of mastery in the craft.

In training, you need to be scientific (trial and error) but being science based and relying on scientific theories instead of real experience of mentors will only lead to problems and a lack of understanding.

Use science as a tool but understand that the knowledge has already been out there for centuries. The scientific studies are still light years behind when it comes to your potential as a mover, athlete, artist and human being.

If you want the real understanding, performance and abilities, there is nothing new under the Sun. Rather science has started to prove that most of the ancient methods have been right all along.

What we have done over the years is bridging the gap between the ancient knowledge and the modern framework of understanding the body.

The result? It works. You can learn more here.