Internal vs. External Kung Fu (The Differences and Special Styles)

The big differences between internal & external Kung Fu and how important both are.

Since we recently released the Internal & External Kung Fu by Jiang Yu Shan, now is a good time to explain the big differences between the two.

External Kung Fu is easy to understand. They are the practices and methods directly related to fighting such as fighting techniques, hardening skill, dirty tactics and so on.

External Kung Fu is the most practical by nature because everything has a clear purpose. You learn punching techniques in order to punch the opponent. You learn to target different vital points to deliver the most damage.

Internal Kung Fu is more about enhancing yourself, your mind, body and movements. It's something that is supposed to support your athletic and fighting ability.

This is why it's a bit silly to think you will fight with Tai Chi which is an internal style. Some techniques may be practical but for the most part it is not a practical external style.

For example, when we talk about rooting, we talk about the ability to ground yourself to hold a better balance and to produce more power with your legs and bodyweight. It's basically ancient stability training (that goes very deep).

But real Internal Kung Fu goes deeper than learning how to control your body and generate power with the body mechanics. You will also learn to control your mind and attitude.

Having the proper mindset is a necessary element of fighting which can make or break a fighter. This is why learning to cultivate "controlled rage" is one of the most special parts of Jiang Yu Shan's Internal Kung Fu.

In addition, Internal Kung Fu deals with relaxation, timing, Qi circulation, breathing, rhythm and all the subtle but essential attributes of fighting. All the attributes that clearly exist but are hard to measure.

In this sense, MMA is dominantly an external martial art. To complete their training, many modern athletes are using mobility training, massages, psychologists and mindset coaches to help them.

However, in our opinion, many of these aspects are a lot more developed in Internal Kung Fu and Qigong. What is the difference between Qigong and Internal Kung Fu? They are similar but Qigong or Neigong are not necessarily fighting focused.

What is the Best Internal or External Style? 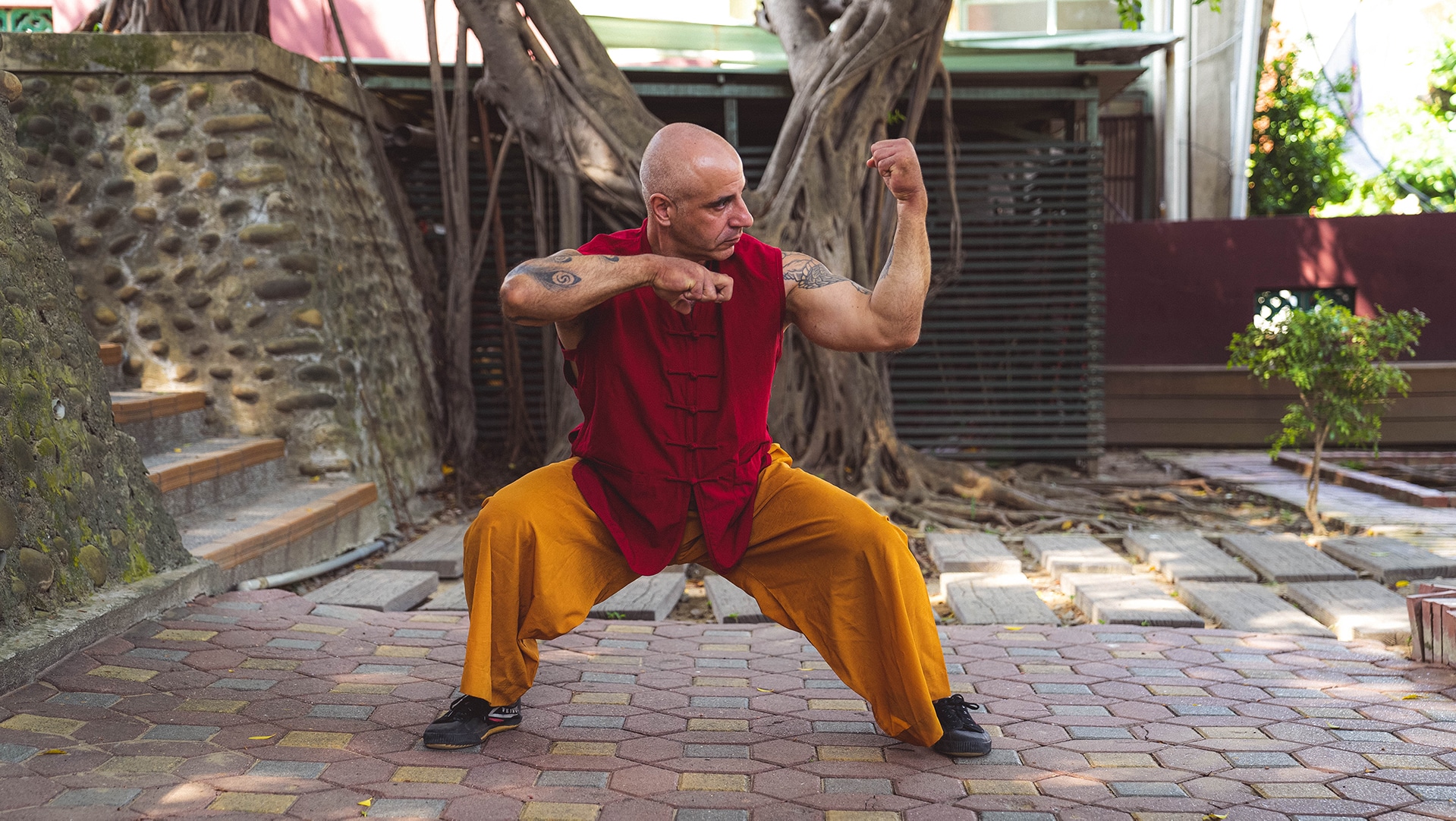 In the past, Jiang Yu Shan talked about how Lohan Quan was the strongest discipline of the ancient Shaolin temple. This is why all Shaolin monks first learned the basics of Lohan Quan.

Monkey Kung Fu instead was the hardest (in terms of hardening the body) and most cruel style with a strong occult background.

Basically, different styles have different strengths. To become a complete Kung Fu practitioner, you should learn kung fu as a whole and not focus on just one style. Ultimately, "Shaolin Kung Fu" consists of many different styles and methods.

This is what makes Internal & External Kung Fu by Jiang Yu Shan especially interesting. You are learning many styles and it's all in one package where the different elements support each other.

In addition to these, Jiang Yu Shan's Trinity System also has the best parts of other styles like Tai Chi which we may cover in the far future.

For decades these methods of Jiang Yu Shan have been hidden in Taiwan alone but what we did is that we basically exported this knowledge from the East to the West to a wider audience.

A lot of these methods and techniques are written in ancient books only with no proper instructions of how to actually practice them. This is why most Shaolin books are almost useless on their own.

However, someone who learned the methods from a generation before can teach you. You can learn at WarriorNeigong.com