The second episode of our travels in Taiwan. This one is about internal kung fu, Qigong and a special tool to develop Conan forearms!

The first episode of the secrets of monkey kung fu got a great reception but many were also skeptical (and understandably).

Click here to see Episode 1 and read about our full trip in Taiwan.

Real ancient kung fu is totally different than what people are used to these days.

Why? Because during the communist revolution in China, Mao Zedong streamlined the martial arts allowing only the more theatrical and softer styles like competitive Wushu and Tai Chi remain as the accepted martial arts.

Many masters were killed and the rest of the masters either gave up practicing the ancient arts or moved to Taiwan, Malaysia, Hong Kong and other neighboring countries to practice their craft.

Today, the ancient arts are dying out. Very few local young Asians are interested in martial arts anymore and the real masters start to be really old in their 70s to 100s. Many have already passed away. 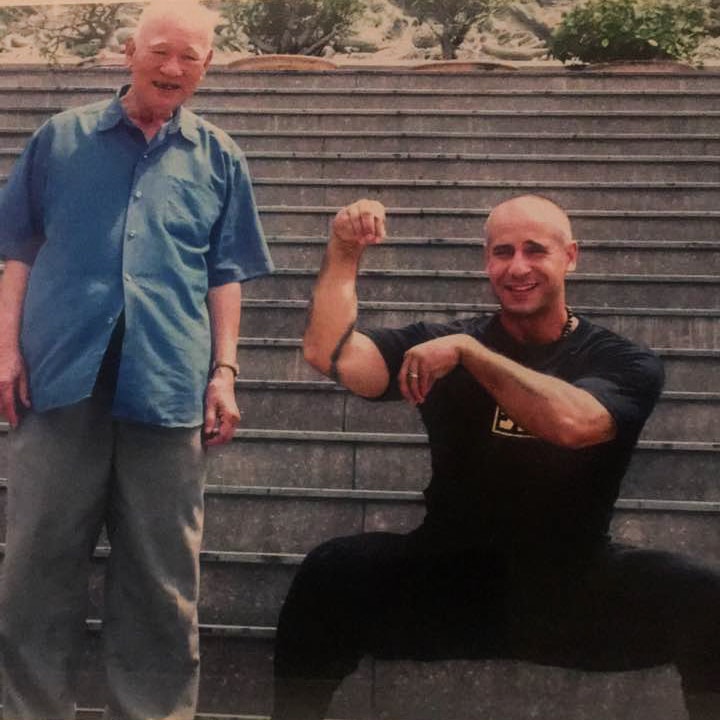 These masters practiced the real Chinese kung fu and possessed the real knowledge. True kung fu like this is hard, as hard as real Muay Thai in Thailand.

The old masters did sparring, harden bone, cardio and pretty much everything you see modern MMA fighters do today. Punching bags have been part of Shaolin kung fu for centuries.

Internal kung fu styles are important but you cannot be a FIGHTER without being the master of the hard styles (not everyone wants to be a fighter though).

A lot of people were wondering whether monkey kung fu (or other real Chinese kung fu) would be a good martial art to succeed in MMA (Mixed Martial Arts).

We would say that the answer is YES and NO.

No martial art would be good enough for MMA no matter how good the art. Why? Because MMA is a sport with very special rules, matchmaking, weight classes and gloves.

In real martial arts there are no rules, no referees, no rounds, no fair matchmaking (your opponent can be 10x better than you and twice as big) and you cannot study your opponent on tape for months in advance.

There is a reason why in traditional martial arts there isn't much emphasis on fighting against a wall or a cage because in the earlier times most fights happened in the open.

Many think that the reason why Fedor Emelianenko is no longer as dominant as he used to be is not entirely due to his age but more because his style hasn't adapted to the octagon. Fedor used to be the king of the ring, not the king of octagon.

True martial artists are prepared for everything anytime anywhere. MMA fighters are prepared to fight with specific rules and conditions, in a very specific environment against a specific opponent on an exact time and date.

As a result, the real question is, can you apply Chinese kung fu or monkey kung fu successfully in MMA? Then the answer is YES.

New things are always an advantage if you know how to apply them to MMA.

Lyoto Machida used to be unstoppable in MMA because no one had figured out his karate style yet. Now, fighters from Conor McGregor to Stephen Thompson and Venom Page use the karate style successfully in MMA.

Likewise, Khabib Nurmagomedov is very successful in MMA because he learned how to apply his Combat Sambo background to modern MMA. No one knows how to deal with his unusual style of wrestling, YET.

Unlike Fedor, Khabib Nurmagomedov is a real master at utilizing the octagon walls to his advantage. Obviously he is a top fighter in all aspects of fighting but he is the greatest at fighting against the cage. 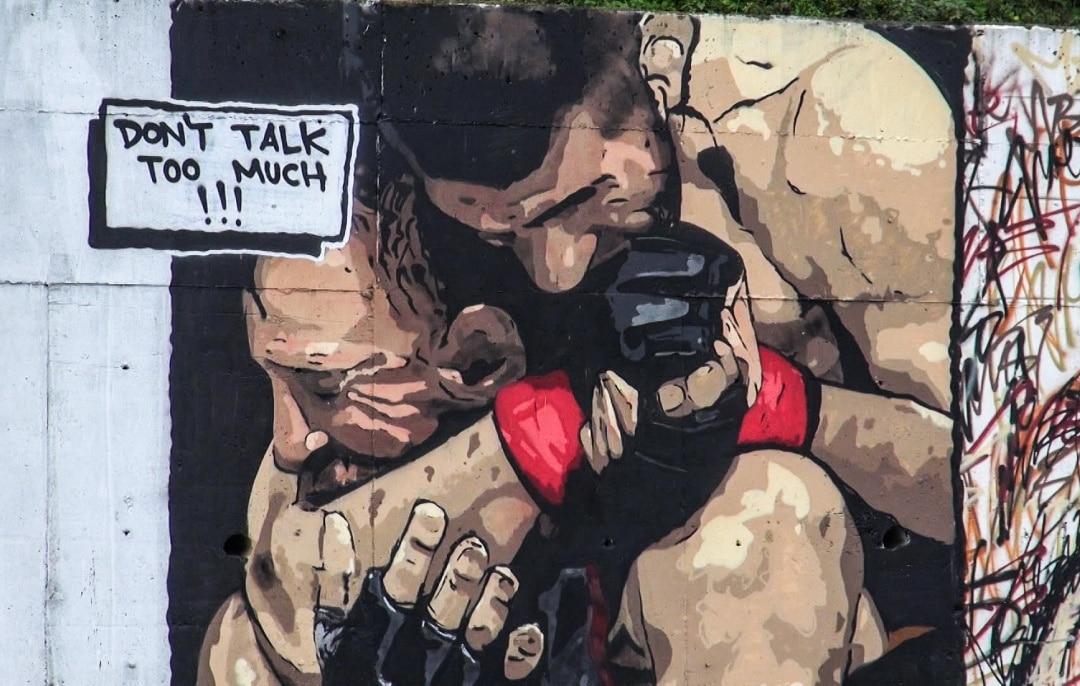 Muay Thai obviously works in MMA. So does, Judo, wrestling, BJJ and many other "traditional martial arts".

Here at VAHVA Fitness, we also know a thing or two about MMA. Our training method has been designed to be the very best training for martial arts, MMA and sports across the board.

We believe that the real ancient Chinese kung fu can be the next "big advantage" in MMA because in the West almost no one understands or knows about it.

For example, people don't realize how well harden bone actually works because no one has done it to the same level as Jiang Yu Shan. Nothing works if it's not done properly.

Nowadays, every fighter is getting hurt all the time. They break their hands, feet and arms all the time in fights. Even when they are not fighting, athletes are getting injured all the time.

What is missing from modern MMA is not just hardening bone but also the internal soft practice that takes care of the body. The top athletes do some good stuff but it's still very basic.

Nowadays almost every trainer, bodybuilder or a fitness guy is injured as well. We train hard but we haven't had any injuries for many years  because we've mastered that part of training.

MMA is a Modern Western Sport

From the video "Speed & Power Training for Martial Artists and Athletes".

In the West, MMA is considered the modern standard for martial arts competence. We also believe MMA is the most complete combat sport today.

What some people fail to understand though is that MMA is a Western sport and it's very new. UFC, one of the oldest and biggest organizations in MMA is only 25 years old. USA popularized MMA although before MMA, Vale Tudo was quite popular in Brazil.

In Asia, less than 10 years ago barely anyone knew what MMA was. Only in the past few years MMA has started to become popular in most Asian countries.

Although there aren't many great Asian UFC fighters yet, it doesn't mean that the level of fighting hasn't been good in Asia - in fact, there has been and still are amazing fighters in different combat sports.

Compared to Asia, the Western fighters and coaches have over 20 years of experience in the UFC style MMA. It takes time to learn the game of octagon MMA to become the best at it.

In Slavic countries Sambo has been the local "MMA" for a very long time. In China they do Sanda (Chinese kickboxing with takedowns). In Thailand, Muay Thai is the national sport. In Japan they do Kudo Karate which is MMA Karate.

Also, let's not forget that some of the best fighting organizations like K-1 Kickboxing in the 90s were Japanese.

Since MMA is a Western sport, the biggest organizations like UFC has been dominated by Americans, Brazilians and Europeans. What is going to happen next is that even more Slavic and Asian fighters will join the UFC and show their talent.

Currently, more and more fighters are coming from the small country of Dagestan (Russian Federation) - a place most Westerners didn't even know existed a couple of years ago.

We visited Kazakhstan recently and were surprised how good and tough the locals are there. There are lots of potential in the East but not yet many opportunities.

Martial Arts are More "Brutal" in the East.

In the West, fights are sanctioned. The organizations are honest and the local commissions, organizations and laws take good care of the industry and fighters.

For a long time, Asia has been the Wild West of fighting. You have to be extra careful not just with your opponents but also with the fight promoters and managers.

You sign a contract and you still may not get paid despite doing everything you agreed to do. You may need to fight multiple opponents in one night.

Your opponents are literally full of steroids and stimulants because no one tests the fighters or cares about doping. Fighter's safety? What does it have to do with the money?

Ramsey Dewey is a retired American mixed martial artist who used to fight frequently in Asia. He suffered a career-ending injury because one of the strongest bones in his body (his frontal bone) got fractured by a single punch.

How can a single punch be so devastating? According to Dewey, his Chinese opponent was using loaded straps which is almost like bringing a weapon to an MMA fight. 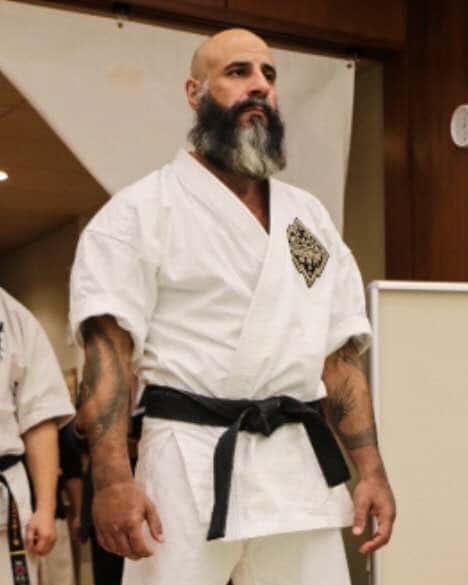 In the developing countries, some fighters also cheat by greasing themselves with oil so grappling becomes nearly impossible. This is real fighting, by the way.

Jiang Yu Shan has fought in various competitions in Asia to test the competency of his Chinese kung fu.

Winning Sanda and Karate competitions are not as big of a deal as being a successful MMA fighter or K-1 kickboxer but it's still more than 99% of traditional martial arts masters ever do.

It's hard to comprehend that just over 100 years ago life was a lot different than it was today.

During this time, the Chinese kung fu masters actually tested their skills. Fighting others was a common thing among Chinese, Japanese and other martial artists.

In fact, you weren't a real master if you didn't fight. Nowadays, the masters are apparently too good and "too dangerous" to test their skills in competition.

What has happened is that many masters have picked only the easy parts of the kung fu and ignored the rest. They only focus on the internal side.

In fact, internal kung fu can be excruciatingly hard because many of the positions are held for long periods of time - one position for up to an hour.

This is not just hard for the body (be prepared to experience cramps and lots of shaking) but it's also hard for the mind. Training the mind is one of the main purposes of internal kung fu.

I hope you enjoyed this episode. See you in Episode 3 which will be the hardest kung fu we have done so far. Click here to see Episode 1.