There exist two major styles of training: soft and hard. Learn which they are and how to integrate them.

hen you take a look at the different styles of training the world has to offer, there are two clear divisions which are vastly different.

VAHVA Fitness is about complete human performance. It's perfectly fine to lean towards one division or another but we want to feature them both.

We want to possess the strength of both and give you the tools to do the same if that's what you desire (we recommend it).

CrossFit is one of the best examples of the hard (external styles) of training because the focus is so purely on getting the best score.

Hard styles of training are generally speaking excellent for functionality, performance and acquiring new skills. The focus is set outwards: you prioritize skill development, a score or a number of your weight/repetitions.

Yoga is probably the perfect example of the soft style (internal) of training. Yoga is all about taking care of your body, health and longevity.

The same can be said about bodybuilding when it's done FOR YOU without the use of drugs and competition. The only reason to become gigantic is to either compete or to prove something to others which are external factors. 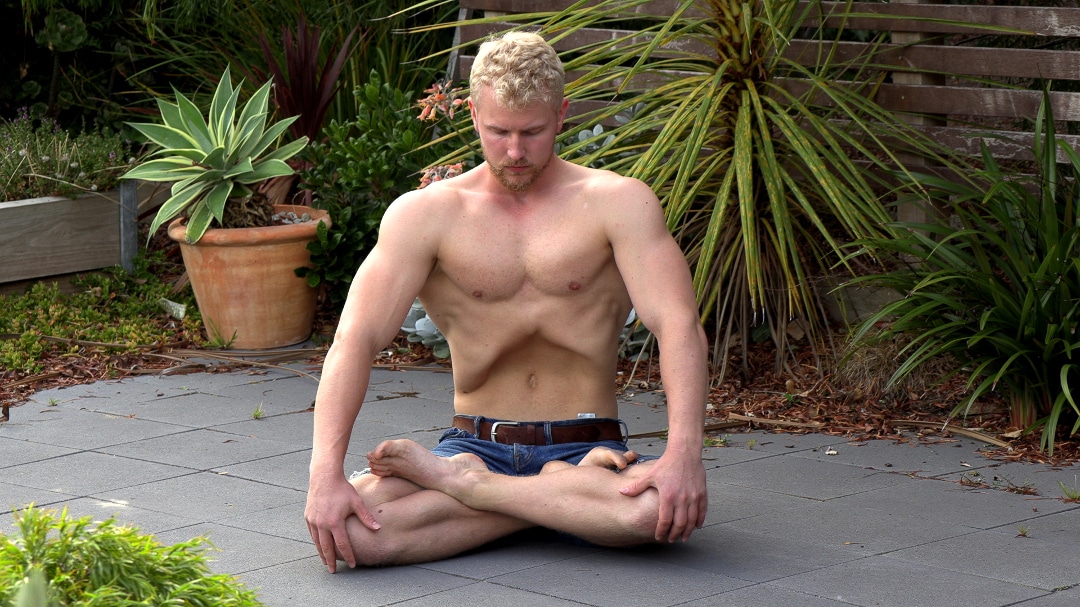 Yoga is a great example of an internal soft style.

No More Black and White Thinking

If you look at the past of martial arts, you will see that there used to be many different schools where each school thought they had the "best martial arts" for everything.

The same can be seen today in the fitness world to so much extent that it can be ridiculous. There is a battle of styles going on and many think their style is always the best style for everything.

When it comes to developing functional strength or athletic ability, many people think they are the best for that purpose.

Powerlifters think that as long as you do only heavy back squats and front squats you will get insanely strong, athletic and get complete human performance. This is not true by the way.

Many bodyweight and calisthenics practitioners think bodyweight training is the best style of training and weights just suck. Weightlifters and CrossFit guys will tell you that you have to do Olympic weightlifting to get strong.

On the other side, there are the yogis and movers who kind of think they are too good for that kind of basic and simple-minded training.

Many movers think they are outside the box when in reality they are boxed in their own small niche like everyone else. How most people do movement training, is mostly capoeira-acrobatics-gymnastics. It's basically just a bigger box.

To get to the next level, you have to get rid of this black and white thinking, drop the pride of your style and forget about different styles of training altogether. 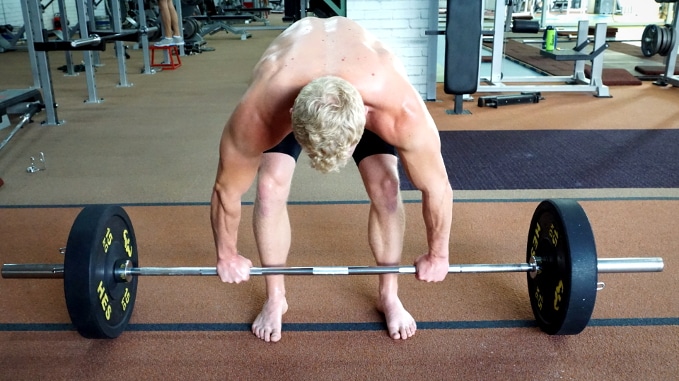 CrossFit is a perfect example of an external hard style of training.

A lot of people have realized that you don't have to limit yourself to just one style and that you can combine them. This is exactly what we used to do in the past and unfortunately this is not a good way.

When you just mindlessly mix different styles of training together, the styles won't work together and can even work against each other.

This is what we used to do in the past: lift heavy and go hard (the macho approach) until we realized it wasn't good for the body and just caused many joint and structural problems (exercises done wrong will harm your posture and health).

To heal the body and counter the strain and abuse we had done to our bodies with pure external training, we had to go deeper into the softer styles of training.

Over the years, our approach developed even further and this is how Athlete 20XX, which we just recently released, came to life. Now it was time to add real performance and real functionality, but WITHOUT abusing the body.

The big enlightening realization is that you can achieve the highest level of performance without the expense of the body. Moreover, in a long run you achieve better performance than someone who abuses his or her body.

Life, health and fitness is a long game. Although you want to make real progress in the near future, you don't want to do it at the expense of the distant future.

We grew up in the "go hard or go home" and "no pain no gain" culture where injuries and joint discomfort were considered a normal part of the training - THEY ARE NOT.

Now in the retrospect, we see only weakness and insecurity in this approach. The guy who always lifts heavy (with "a good form") with low repetitions is just mentally weak.

VAHVA means "strong" in Finnish and German. Strong mentally, physically and spiritually. The person who is afraid to look weak is often the biggest coward.

VAHVA Fitness and our students will become the epitome of the next level performance where the mountaintop is reached without breaking every joint of your body in the process. 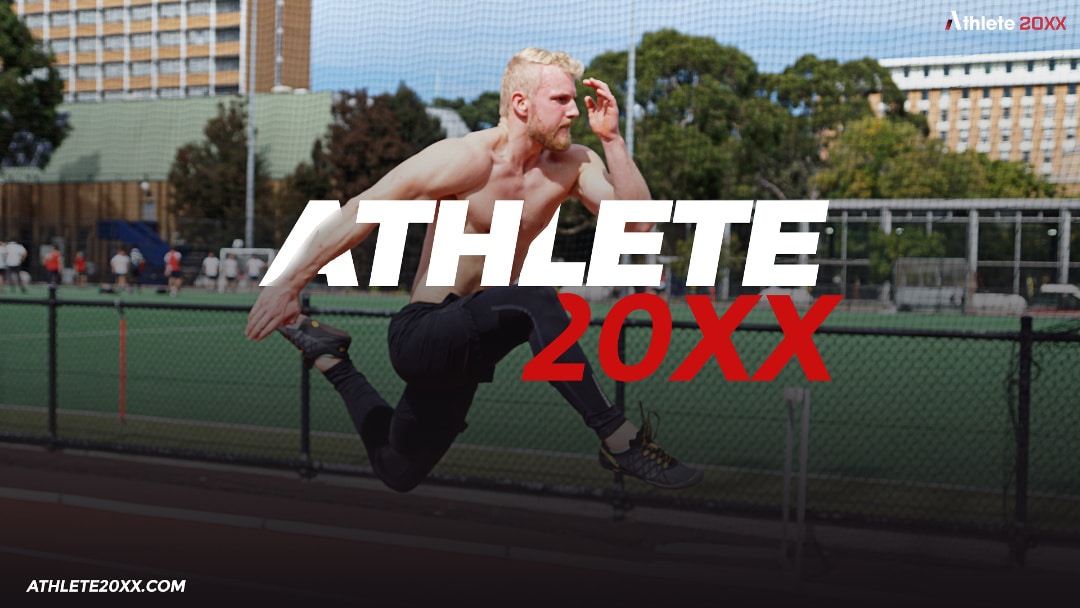 Athlete 20XX is not just "an athletic program", it's the next generation of workout methodology.

Everything Has to be Integrated

By mixing different styles together you will end up just doing different of styles of training that don't work together and can even go against each other if you don't create an integrated system.

The methodology of a bodybuilder and a CrossFitter are completely different. They won't work together. Similarly, yoga will be only a bandage to powerlifting if you don't change your approach to fitness in general.

When you look at our content, you see us doing lots of different styles of training but this is only an illusion. We do only one way of training which just happens not to care about the tools or the exercises that we use.

We use everything at our disposal, yet everything is always connected. There is only one integrated approach to everything. One methodology behind all that we do.

The problem in social media is that there is not much good content out there. There are either bad advice or just showing off. The content most people think is good is just "basic level".

The best coaches and trainers don't generally have YouTube channels and if they do, they aren't necessarily popular because they are more devoted to their craft than improving their channel views.

When you join Athlete 20XX, you will learn a new methodology where everything is integrated into one system. Most things are done differently in Athlete 20XX and you just have to trust the process.

Athlete 20XX is an ego killer which not everyone will be able to handle. It's not because it's physically too difficult but because you have to drop the ego and do the workouts right.

This is hard for people who think they are "strong" and then suddenly cannot do a stability push up in phase 2.

What makes Movement 20XX good for the beginners is that you will get plenty of victories by following the program: you will get strong pretty fast and you will learn tons of impressive skills. This is all important in the beginning.

In Athlete 20XX you will only begin to APPEAR strong in phase 3 where all the explosive power training is located. You will FEEL stronger much earlier but it starts to be visible for others to see in phase 3.

Phase by phase you will kill your ego until you realize how strong you have become in phase 3 when it's time to do speed and power training.

Athlete 20XX has been designed to be like when a caterpillar transforms into a butterfly. You will appear weak at first but the process will make you evolve.