I used to be very insecure and anxious. #realtalk

Real talk about overcoming insecurity, dealing with anxiety and getting rid of negative body image.

Hello guys, here's something about me you maybe didn't know about. Nowadays you see me doing all sorts of videos, talking a lot and putting myself out there.

Due to my work as a coach, a lot of my day to day work is also interacting and discussing with people. So maybe it comes as a surprise that in the beginning I used to be very nervous and truly dreaded to make videos where I had to talk. 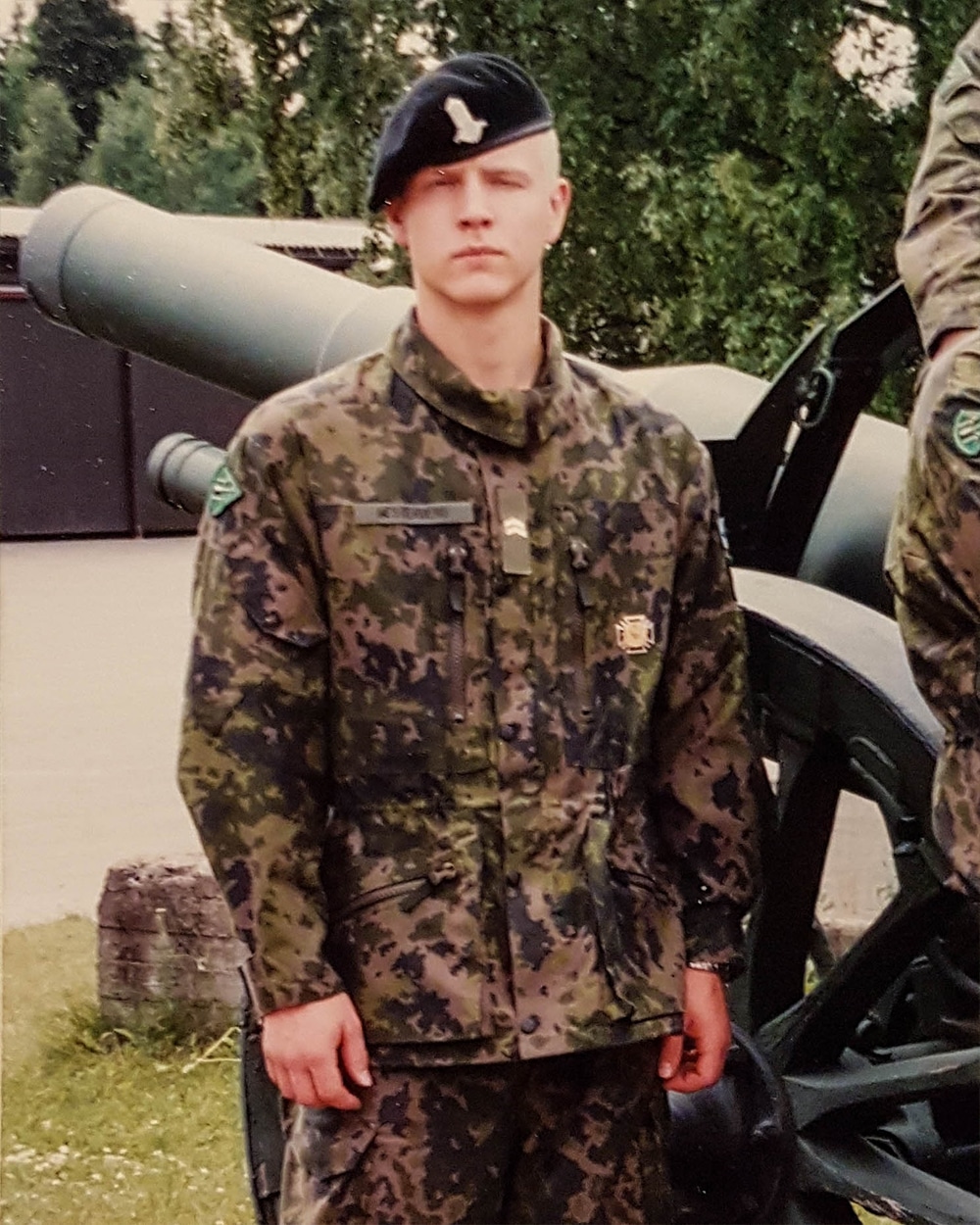 Despite being an under-sergeant in the military, my confidence wasn't very high at the time.

If you've stuck with our channel from the very start it's quite visible from my older videos that I wasn't very comfortable behind the camera.

You could say that a lot of it was simply being shy and not being used to doing stuff like that but there was more to it.

I had been a silent-type person for the good part of my life ever since my teenage years. During my high-school years I never went to parties or drinking.

This didn't exactly make me popular in the social circles and wearing my grandpa's old clothes didn't help either (however, looking at modern trends it looks like I was just ahead of my time!).

I had a couple of good friends though. One was into martial arts, training and sci-fi TV shows. Another one an obsessive environmentalist who could name every single plant and animal from the forest.

This meant that I spent lots of time either in the parks doing calisthenics, in the basement watching Star Trek or trampling in the woods staring at funguses. All in all, I was aware I was an outcast and took that role back then.

Things got better at university. I started to socialize, went to parties, made new friends and yes, started to enjoy alcohol too (I've now been alcohol free for 2 years though). I still was no Casanova but it was a big improvement.

During this time me and Samuli also became good friends which is the only reason VAHVA Fitness exists today. Read our full story here. 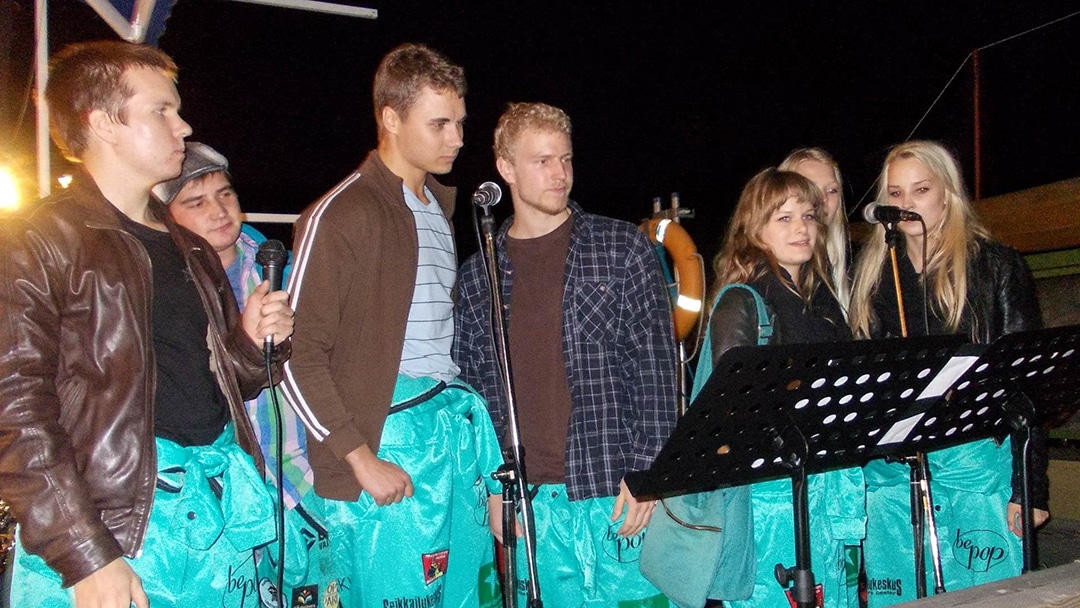 In university I became socially active but largely due to the alcohol and parties. Samuli on the left has also gone through a big transformation.

After the university studies, the day arrived that we decided to start our own YouTube channel to share our knowledge and ideas about training and health.

I was fine with doing exercises and somebody filming it but when it came to open and direct interaction and talking to the camera, it was a different story.

Identifying as an outcast had left its mark. Growing up, I did not want to be in any photos or videos and for some reason I had a very negative idea about it. Standing out and exhibiting yourself in physique pics just wasn't my thing.

However, I had started to understand that these beliefs where mostly plain insecurities and I was simply afraid of other people's opinions.

Eventually, I started to make the videos. It felt extremely awkward and I rarely liked the end-result but I knew I had to keep doing them.

I had been so nervous to show myself but seeing how positively people reacted to the videos despite my own negative self-image created a lot of hope.

My goal was to help people and if I succeeded, my personal struggling would be worth it.

No magic tricks. It was a matter of repetition and gradual personal growth. Other than developing the skill of being able to express my thoughts better and more fluently it was a lot about accepting vulnerability.

I wasn't perfect and I didn't have to be perfect. Some people like me some don't and whatever the response I can always keep moving forward.

Another thing that helped me get rid of speaking anxiety was to stop drinking coffee. I used to drink lots of coffee before making a video because I felt I needed an extra boost. 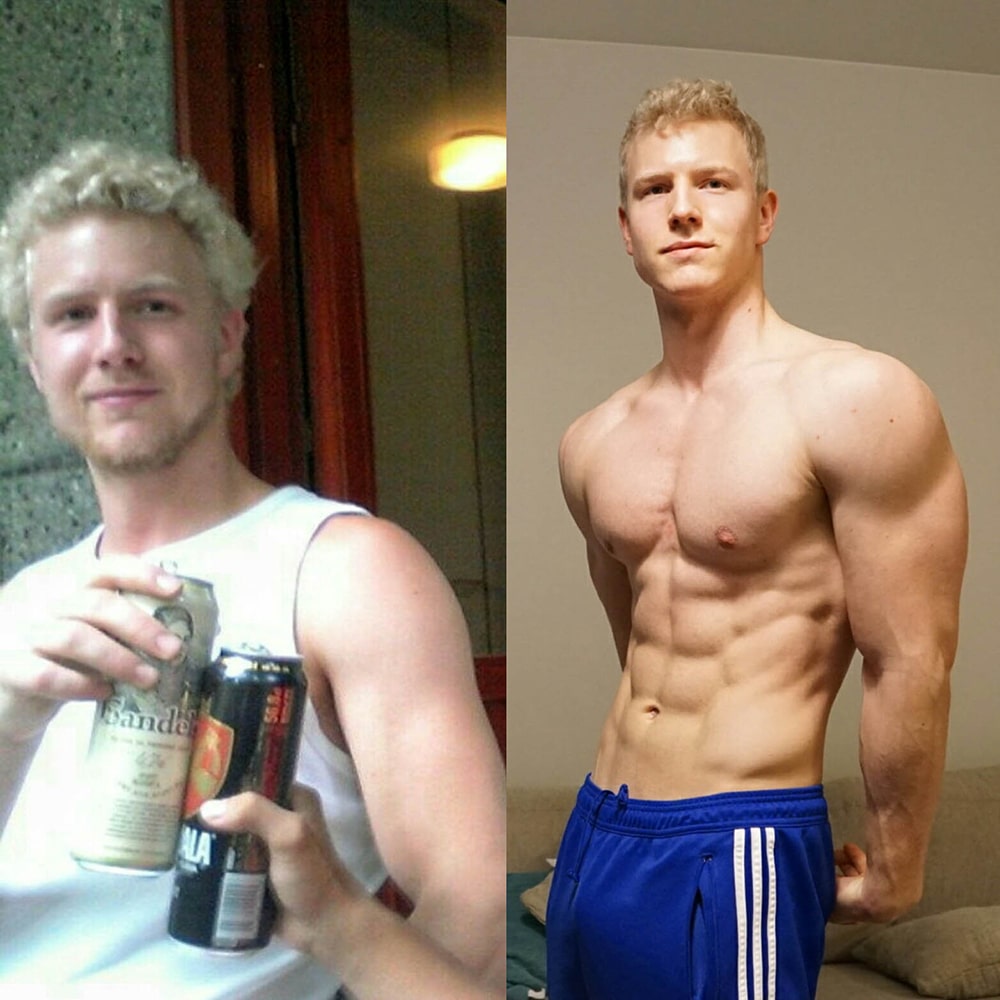 To change physically, your mind and lifestyle also need to change.

But in reality it just made me more anxious and nervous and sweaty too. It was only in Malaysia around 2 years ago that I stopped coffee drinking completely.

Stimulants and drugs may feel like they help you in the moment but in reality they're just hiding the real issues and lengthen the process because you never address the real problems and insecurities.

Everyone has insecurities and limiting beliefs about themselves. It doesn't matter if it's about showing yourself in videos or something else.

You need to realize that everything is a process where you get better by time. Although the start may feel horrible, it is what takes you forward, period. 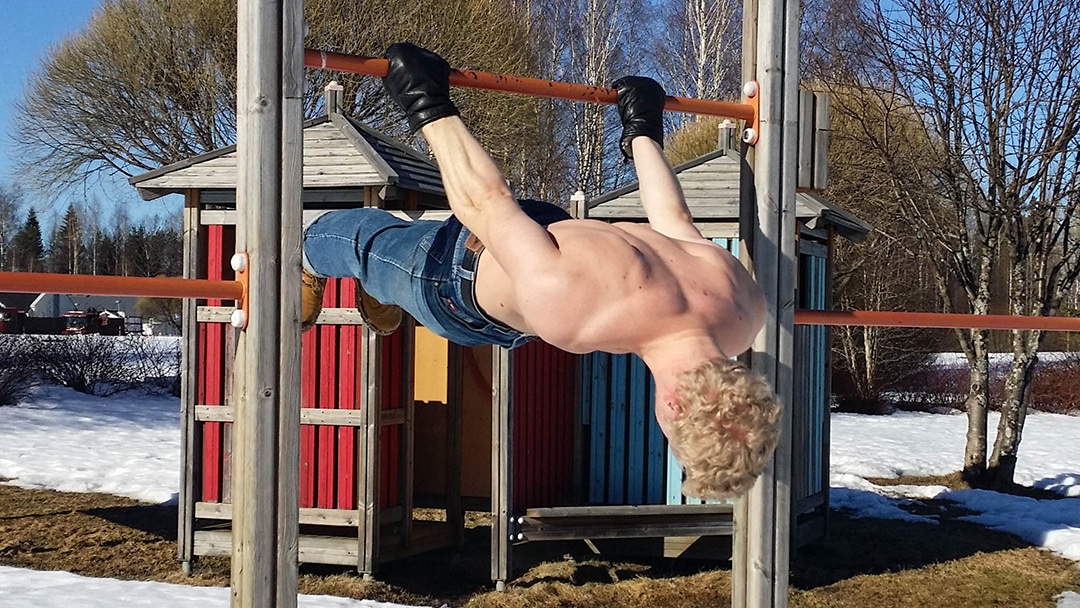 In my early 20s my focus was dominantly on bodyweight skills, heavy lifts and muscles - everything about the ego. I trained smarter than a lot of others but still in a dumb way which forced me to change my entire approach to training.

I had also insecurities related to training as well. There was a point in my early training days where I was mostly focused on getting bigger muscles, lifting the heaviest weights possible and being able to do the most demanding and impressive skills.

My image of strength was tied up to these feats and I felt compelled to achieve them. Weight training or skill training itself is not harmful but the approach where you emphasize them above everything else is.

If I got the weight up it didn't matter if my form was a little bit off or my control sucked. The big number meant I was strong and other people would think I'm strong too. Plus almost everyone grossly overestimates the quality of their form and I used to be one of them. 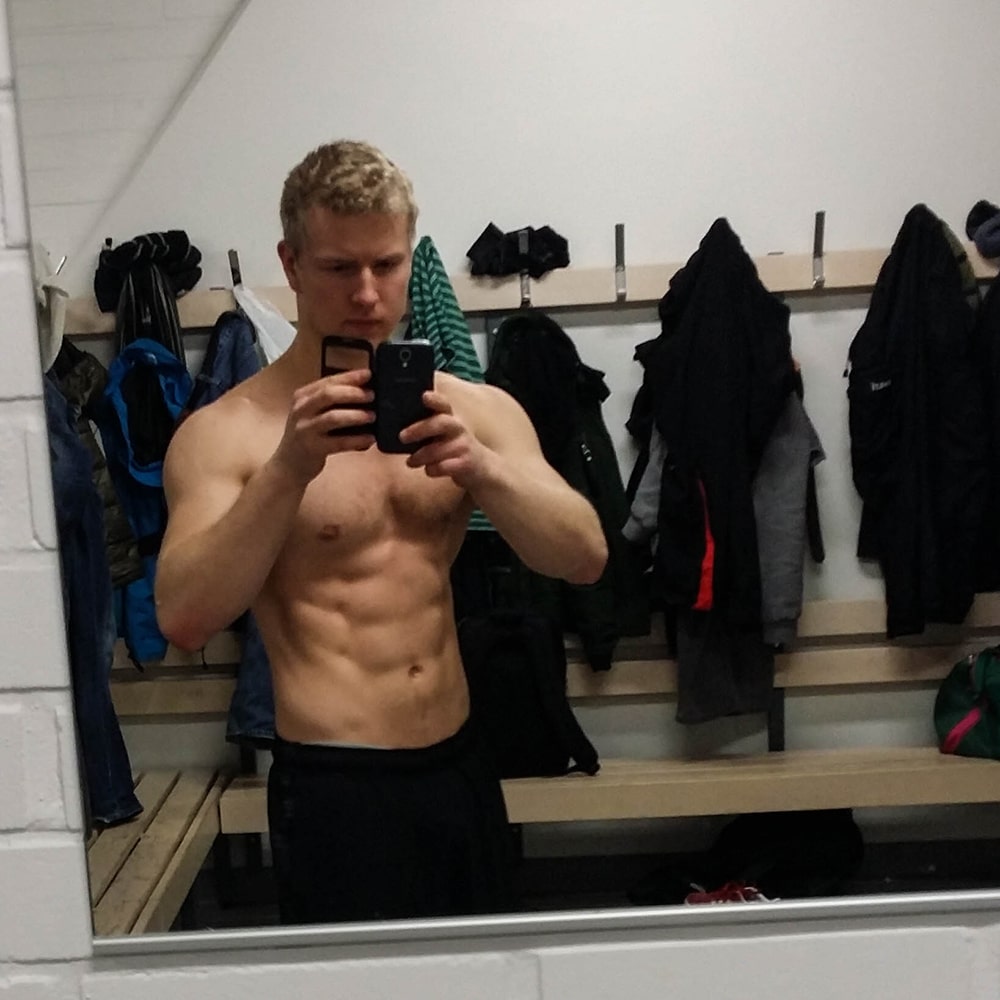 Being obsessed about how you look and perform is not a healthy way to live life.

If I was able to get a calisthenics skill it didn't matter how bad my shoulder or elbow felt doing it or how imbalanced the rest of my body was. I just needed a couple of impressive moves and I'd be considered a true beast.

If I just had bigger biceps, chest and traps it wouldn't matter how unsure I felt about myself.

My body couldn't take this approach for long and I had to change my training. But I was still dreaming of skills and big numbers.

It was only later through lots of experience that I realized that big numbers and skills are a very poor reference for universal strength and performance.

They certainly involve strength but a lot of it is about the “skill” of manipulating your body mechanics, shifting the center of mass, using momentum and having a certain genetically optimal body-type for the task.

Ultimately, you end up evaluating yourself based on someone else's strengths and within a very narrow definition of a capable body.

Skill training is important and nowadays I do it almost daily for my martial arts (MMA, Kung Fu) and fighting practice. It just needs to be separated from true strength training that focuses directly on the body and pure joint movement instead of externalities such as numbers.

Although I was capable of lifting heavy and doing some amazing stunts with my bodyweight in the past, my body was a real mess.

This is the case with almost everyone who does this type of training (it comes with the territory). A lot of the public figures in the scene just refuse to admit it publicly because it's embarrassing. I felt the same way.

Now, my body is actually strong, healthy and can perform like never before. All I had to do was to start focusing on my own body, instead of the external standards.

If you want to read more about the difference between skill training and strength training read this article. 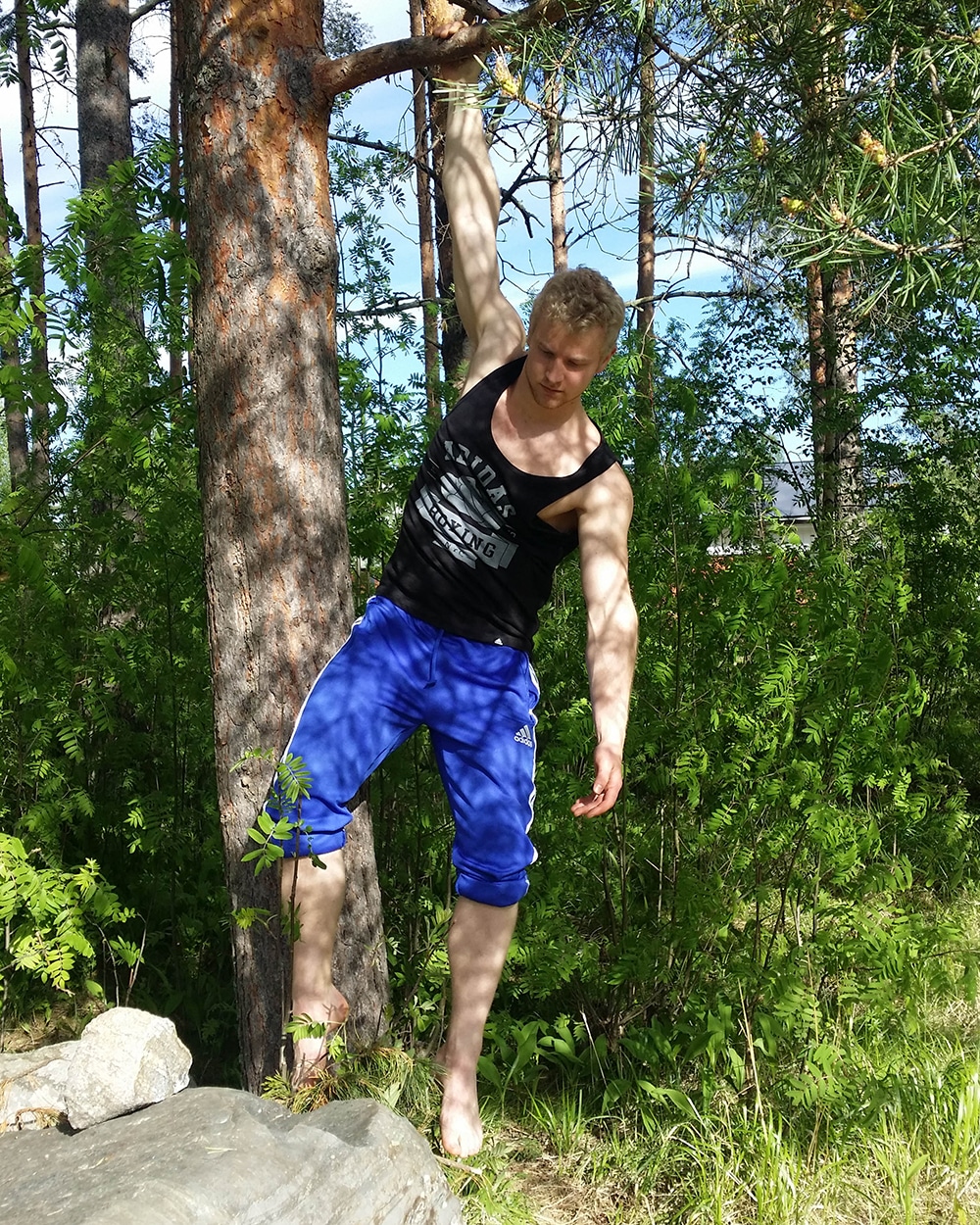 Returning to the roots of physicality.

Instead of becoming a person capable of strong feats I decided to become a strong person.

The funny thing about the heavy lifts, stunts and muscles is that they couldn't give me the confidence, validation and peace of mind I ultimately was looking for.

Quite the contrary, I was a slave to these standards and other people's opinions of me because they are ultimately regulated by others with no respect to my body type.

Focusing on the health, posture and actual performance of the body has given me 100x more confidence than these pursuits ever did.

It's not like I no longer have any insecurities or anxieties but I've learned to live with them. I'm not afraid to show my weaknesses and they can't break me.

My strength and confidence are not tied up to randomly selected feats of strength but they come from a very holistic understanding of my body and my abilities.