“But in the loneliest desert happens the second metamorphosis: here the spirit becomes a lion; he will seize his freedom and be master in his own wilderness.”

This time we are exploring the vast deserts of United Arab Emirates. We moved to Dubai during the pandemic when the whole world was in chaos. Luckily, Dubai managed to handle everything well without constant lockdowns.

Dubai and United Arab Emirates in general is not what people who have never visited the country would expect.

Me and Eero spent years traveling the world living in various countries. Most countries are never exactly what you'd expect - you need first hand experience to know the truth.

It's true that Dubai is a city of mega rich people with 100 million dollar yachts, mansions and Bugattis but it's a lot more than that. The vast majority of people who reside here are regular people with regular lifestyles like in any other big city.

Dubai is a home of different people from all different religions and backgrounds. Over 80% of the population are expats. Here you can find lots of superficial people but also lots of deeply religious and spiritual people.

In fact, I would say Dubai or UAE in general is more traditional, religious and spiritual than many European cities.

With the population of over 3 million people, there are all types of people from all walks of life.

Finding Peace from the Desert

Dubai, like other big cities run 24/7. Life is fast and it never stops. Construction, parties and different activities happen everywhere. Even during the night it feels like the city never sleeps.

What is surprising is that just 30 years ago there was hardly any city. Dubai was just desert. And it's still a city in the middle of the desert.

City life without a close contact with nature and peace can take a toll on everyone's mind. Nature is a natural antidepressant and if you stay in the fast city life too long, it can have a negative impact on your mental and physical well-being.

In Dubai, there are plenty of trees and grass that are artificially sustained but it's not the same as real nature. But what is real nature in UAE? It's the desert.

In the beginning, we thought desert was mainly just dead sand without anything interesting apart from the beautiful sand dunes.

We were wrong. The desert is more alive than we could imagine.

Even when everything is covered in sand, nature somehow finds a way to grow. You can see small plants and even big trees in places you'd never expect to see them. You will find insects, snakes and small mammals fighting for their survival.

You can even see deer and other large mammals enjoying their time in the scorching heat. How any of them survive here, we don't know. 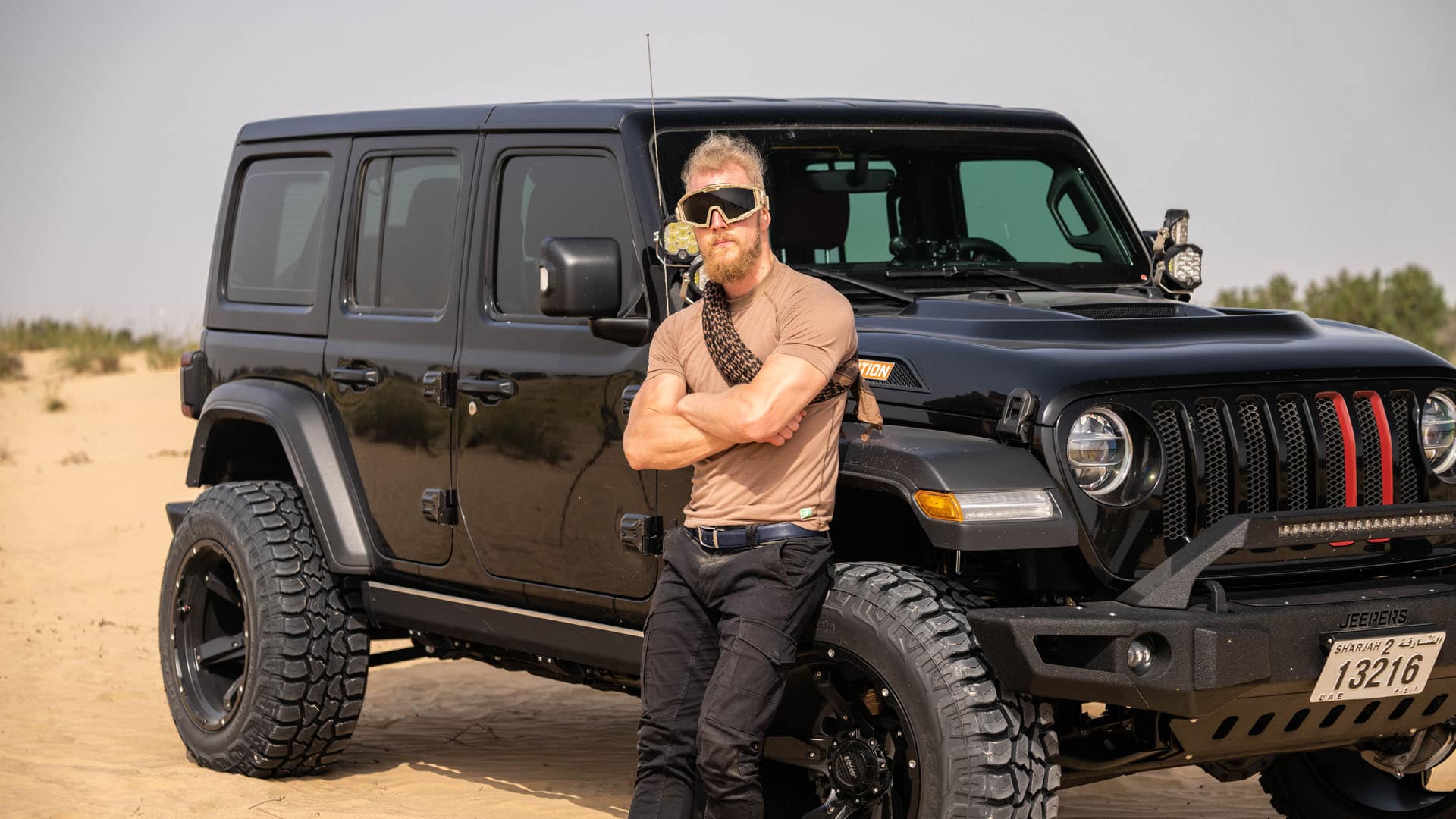 It was not an easy thing to make these videos in the desert, especially when you want to be the one who is driving the vehicle and controlling the pace.

We had to learn how to protect our eyes from the flying sand, how to deal with the sun and how to even film without damaging the camera equipment or lenses.

Eero had to take 8 long training classes to learn how to navigate and drive in the desert. It turns out that driving in the sand is not as simple as you think and can be dangerous if you don't know what you are doing.

Eero also had to customize his Jeep Wrangler for a great deal to make it capable for driving in the desert.

After dozens of hours spent in the desert, Eero finally was ready and we were ready to attempt something special.

This video you just saw is the first video we've released from the desert and more are to come. The best is yet to come, I would say. You have seen nothing yet...

In fact, 2022 in general looks very promising and we have lots of exciting stuff coming out.

We are also writing a book. A book that will be released on Amazon or other venues later this year.

This book will have all the fundamentals and basics of what we've learned over the years and how to live naturally and organically in the modern world.

It will have knowledge regarding training but also everything we know about diet and lifestyle. It will cover a lot. The book already looks promising.

Publishing a book is quite a long process so can't give an exact deadline but we are targeting this summer.

I hope you enjoyed the video. Looking forward to sharing more in the future.

Teaching Movement to an MMA Class and Grappling with Russians