This time, we have a special treat for you and delve in Brazilian Jiu Jitsu. This is a very physical art where the primary purpose is to submit the opponent through different submissions and chokes.

This art originates from Japan when Judoka Mitsuyo Maeda traveled to Brazil and taught the Gracie family his version of Judo that had lots of ground fighting (and which was more multi-dimensional than modern Judo anyway).

Unlike many other martial arts, this style almost entirely focuses on grappling on the ground although many wrestling takedowns are also present in the art.

It's basically physical chess where strength alone won't get you far. You have to know yourself, know your opponent and be very skilled to reach a high level.

In MMA, BJJ also plays a big part. Very few people know that UFC was originally created by the Gracie family (Rorion Gracie) and that Steve Maxwell was one of the early investors in the organization.

The art made big waves in the martial arts world because a courageous man with an average build (Royce Gracie) was able to defeat and submit most of his opponents despite the fact that the opponents were bigger and stronger.

This shocked the martial arts world and MMA started to become a real deal. Later, Fertitta family and Dana White purchased the UFC and the rest is history.

The Reality of Grappling

Grappling is not everything there is to martial arts (obviously) but ground fighting still plays a major role. If your opponent doesn't know any wrestling or grappling, he or she will be very easy to beat without much effort. In this sense, it's like a superpower.

In street fighting, the ground is the last place you want to be in unless you are sure there are no other people involved. 1 on 1, grappling is super effective.

In addition to the risk of multiple opponents, people often say you shouldn't go to the ground due to the risk of knives and eye pokes but the truth is that a really good grappler will have complete control and dominion over an amateur.

A good grappler controls your arms and everything you are about to do. You won't be able to reach to your knife or perform any dirty tricks. Trust me on this. You will be like a helpless child.

Unless you know grappling yourself.

This is why no martial artist or fighter can be completely ignorant in all styles of fighting. Even the grandmaster of Monkey Kung Fu, Jiang Yu Shan knows a lot about grappling and more than people think.

However, if you know wrestling you can pretty well negate BJJ and at least control where the fight is going to go. BJJ is effective but it does rely on getting the fight to the ground. 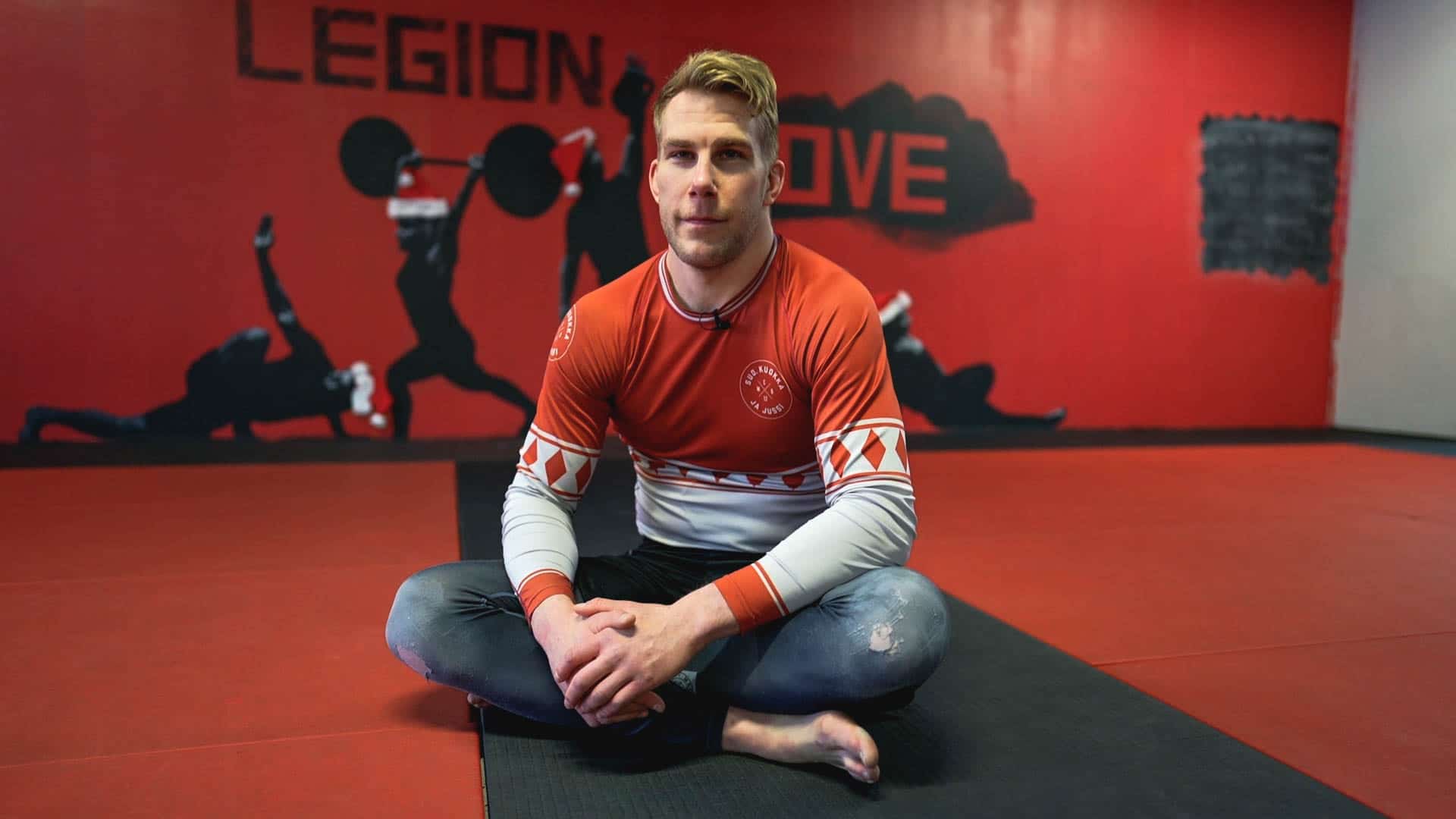 In case you don't know, we have been training MMA (mixed martial arts) for some time now but have focused more on striking such as boxing, Muay Thai, Karate and Monkey Kung Fu.

But we have also been wrestling a lot and haven't disregarded grappling either. This time, Eero had the opportunity to train with a true master of BJJ - Perttu Tepponen.

11 years ago he started training MMA but eventually shifted his focus to BJJ. Now he is one of the top competitors and black belts in Europe.

Perttu Tepponen also joined Athlete 20XX a few years ago which helped him to improve his performance but to also deal with back and shoulder issues (and he is not the only one with similar experiences).

When it comes to learning, there is one real cheat code and shortcut that works and I doubt real mastery is even possible without.

This is it: find the best, pay them and learn as much as possible.

This was also one of the secrets of Georges St-Pierre, one of the most accomplished martial artists of our time. Gordon Ryan (one of the best BJJ competitors of all time) has said the same.

In this video, we learned 2 special techniques. This is actually wrestling as well.

The first one is a takedown anyone can implement into their martial arts game. The second one is a brilliant back take.

Usually, once you have the back of your opponent, it will only be downhill from there (for your opponent). Likewise, the ability to take down your opponent at will is a superpower because you will determine whether you will stay standing up or not.

In the upcoming videos, we will have a strength training session (where we are the best at) with Tepponen.