Georges St. Pierre (GSP) is the former UFC Welterweight Champion and considered one of the greatest mixed martial artists of all time.

GSP successfully defended his title for amazing 9 consecutive times. Only several UFC fighters such as Ronda Rousey, Jon Jones, Demetrious Johnson and Anderson Silva have accomplished nearly as much.

What makes GSP such an interesting specimen was his fight preparation for the fights: he likes to do gymnastics (muscle ups, handstands, acrobatics etc.) for his upper body but track and field (i.e. sprints) for his lower body. 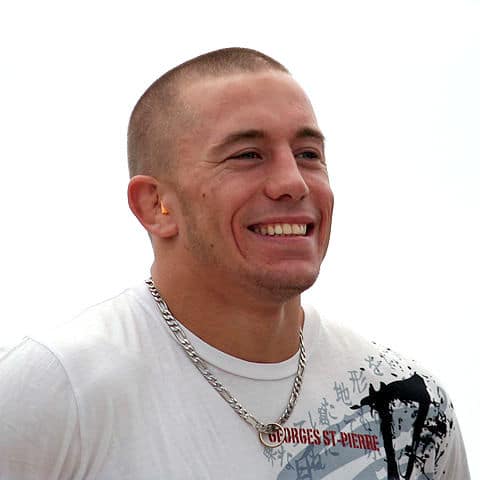 Only now other fighters are starting to focus more on movement based training.

As a result, in many ways GSP was ahead of his time when it came to strength and conditioning for MMA.

We have compiled below a GSP workout routine based on his personal training footage and his Instagram.

A complete workout routine for the entire body. Take 2-3 minutes of rest between sets. You can do this workout for 3 times per week. 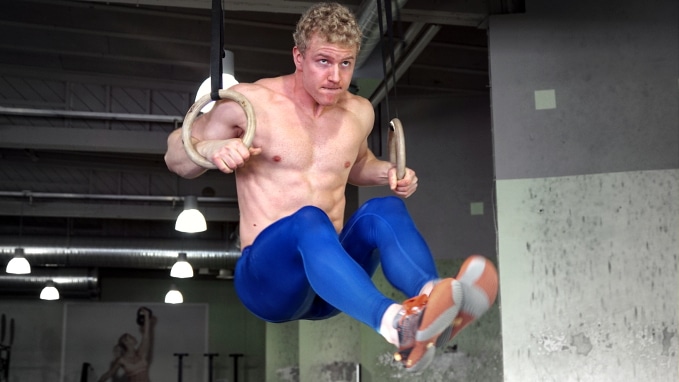 GSP was doing muscle ups on rings and on a bar before they became cool through calisthenics or Conor McGregor.

Muscle ups are probably one of the best upper body exercises you can do - they are incredibly tough as well. It's one of the rare exercises that trains both pulling and pushing as one exercise.

Moreover, your rotator cuff muscles will get incredibly strong and so will your wrists, elbows and shoulders. It's an exercise that trains immensely well both muscles and tendons. 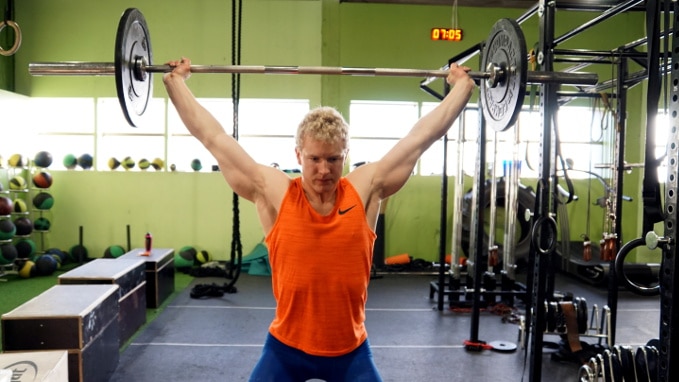 Snatch pull is an exercise that trains very well the shoulders, upper back and the hips. Expect to feel your trapezius muscles burn for real.

Snatch pull is an explosive exercise that will specifically improve the explosiveness of the hips. You should aim to use your hands as little as possible.

You execute the snatch pull by taking a snatch grip, lowering the weight closer to your knees and then throwing the weight overhead by explosively hinging your hips. Check the video for the correct form. 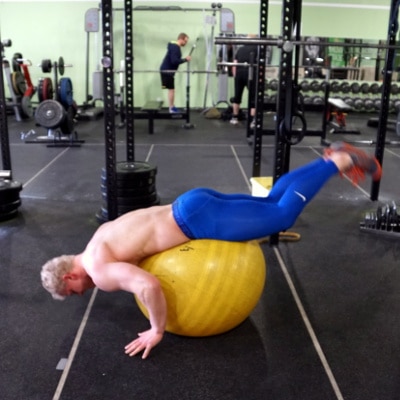 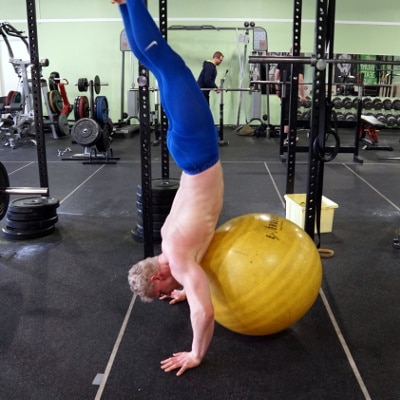 George St. Pierre has used a gymnastic ball to perform assisted handstand work. You can also do any other handstand progressions for this exercise.

Gym ball is a fun tool and the way GSP has done this exercise is by creating a bounce from the ball and then pushing oneself to a full handstand.

Aim for a wavelike motion and use the bounciness of the ball the best to your ability. 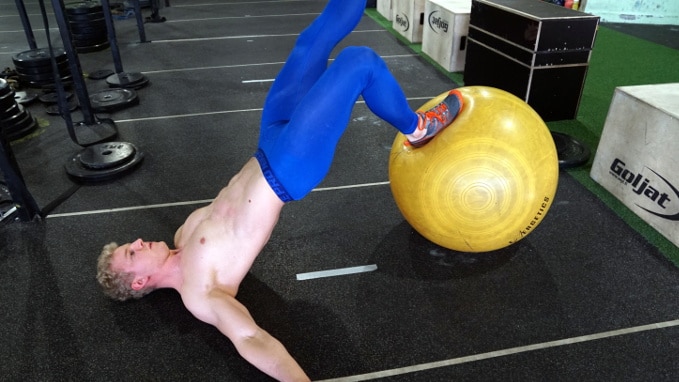 Hamstring bodycurl is a phenomenal bodyweight exercise to train both hamstrings and glutes to perform at a high level.

You extend your hips and then move the gym ball closer to your body by flexing your knee.

Keep the hips extended the entire repetition and try to feel the exercise in your hamstrings. In case doing the exercise with one leg is too hard, you can very well use two legs at the time.

Sprints are some of GSP's favorite exercises because they are very effective to make the entire body, not just the lower body, to explode and execute very fast.

This is important for MMA fighters who mostly do explosive strikes. You can expect to see gains in overall agility, speed and explosiveness. Overtime, kicks and punches may become faster and stronger as well.

That's all for the Georges St. Pierre workout routine.